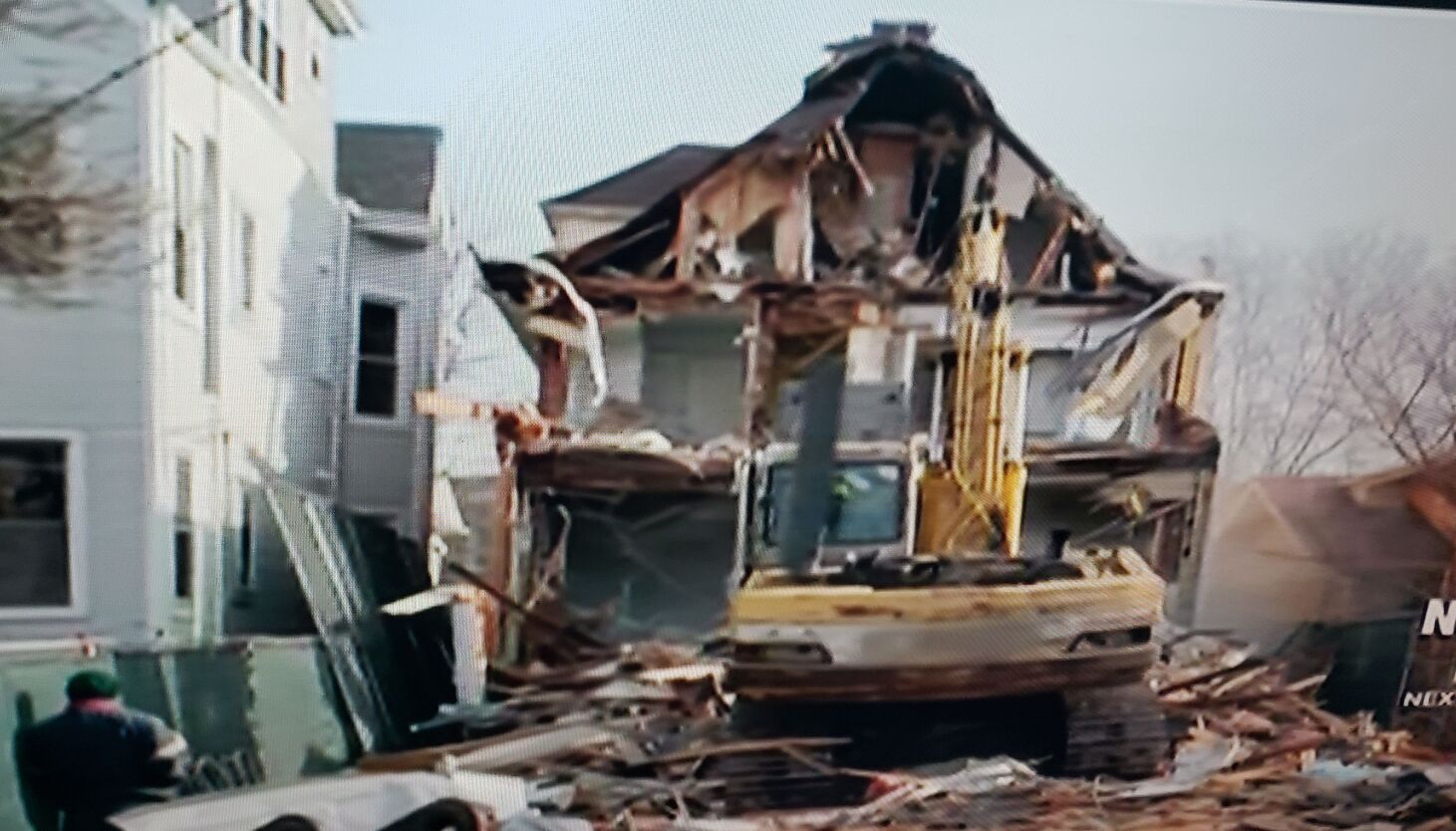 It’s the final episode of season three of “Windy City Rehab,” but there’s not a lot of actual rehabbing happening. Host Alison Victoria’s client just bought an old house in Chicago — but he’s knocking it down and wants her to design the new home from the ground up.

Here’s how she did it on the season three finale.

Owner Jim purchased the old home that sat on an extra-wide lot on North Winchester Avenue. No specific address was given, but given the shots of the Damen Blue Line station, it was likely in Wicker Park.

Because the house has structural damage and was deemed too small, Jim wanted to rip it down and start over. He envisioned a three-bedroom, three-and-a-half bathroom home with a sauna, wine vault and bar in the basement. An avid gardener, he also requested an atrium for his plants with tall windows stretching up to the second floor. He budgeted for a $1.5 million.

“This will be the largest new construction that I have ever done in Chicago,” Victoria said.

Work began with demolition, and the construction crew dug a new basement for the house. Meanwhile, Victoria headed to the Golden Triangle where an old horse barn dormer window from France caught her eye. The showroom curator used it as a headboard, but Victoria decided to use it in the dining room with custom cabinets designed by artisan Ari below. She also picked out a ceiling panel taken from a Thai temple to go above the bed in the main suite.

As windows went in at the house, Victoria and her assistant Kristy discussed how to light the atrium. They called Jim and first suggested floor lights at $624 per light, which would cost him about $20,000. He decided to use wall sconces instead.

“Jim has such a passion for plants, so we’re bringing the plants indoors,” Victoria noted.

Determined to find statement lighting for the powder room on the main floor, Victoria browsed South Loop Loft with owner Beth. She found a vintage three-light fixture made in the 1950s that would certainly stand out.

“Every powder room should be a moment,” the designer explained.

Kirsty showed Ari where she and Victoria wanted his help. He agreed to the cabinets and beams in the dining room, built-in cabinets for the retreat room off the main suite and a full bar for the basement.

Victoria then got a crash course in cornices at Architectural Mall in Carol Stream. The store owner showed her a faux limestone material they used and how it was fashioned and painted into the design she wanted.

“My intent is to always make sure that every single build, whether rehab or new construction, that this home looks like it has been lived in. And pieces like that are exactly how I get to achieve that,” Victoria gushed after seeing the work.

To provide better privacy for the atrium and other first-floor windows, Victoria enlisted help from Mike of Aesthetic Metals, who brought thin slabs of iron with leaves cut out to go in front of the windows. The metal would block sight but still allow for plenty of natural light. He also brought in the sheets of iron with horizontal cutouts that would be used for the fence.

With the home almost complete, Ari arrived to install the built-ins for the dining room and discuss what to do about the living room mantle. Victoria found it the 150-year-old mantle from France in Atlanta, but the recessed fireplace needed to be brought forward or else the detailed mantle would need to be trimmed. General contractor Chris agreed to move up the firebox.

With the home done, Victoria and Kristy led Jim into his new home. He loved the iron fencing and the pond in the front yard, and he marveled at the new front door, also from France, with its stained-glass window at the top.

“Wow,” was all Jim could mutter when he saw his new interior. The barn window in the dining room gave the otherwise modern decor a little rustic feel, and the doors just ahead led into the sun-lit atrium where the metal sheets in front of the windows allow for plenty fo natural light. As they admired the plants, Victoria and Kristy glanced up to see the second-floor balcony looking down into the atrium.

Jim was floored by the Kristy-designed kitchen, which featured a 129-inch-long island and massive pantry. In the powder room with the vintage fixture, Victoria had a matching mural done on the walls.

After touring the bedroom and basement, the three poured drinks at the bar and toasted to Jim’s new home.

NOTE: One question fans might have had this season is will Victoria stay in Chicago? . As she and her friend Britt packed up some of her belongings, it seemed she was on her way out — but she was just moving. In the future, the designer looked forward to focusing on her wins, working with clients and expanding her brand.

“I know one thing: Chicago is where I was born and raised and I’m not going anywhere,” Victoria assured fans.