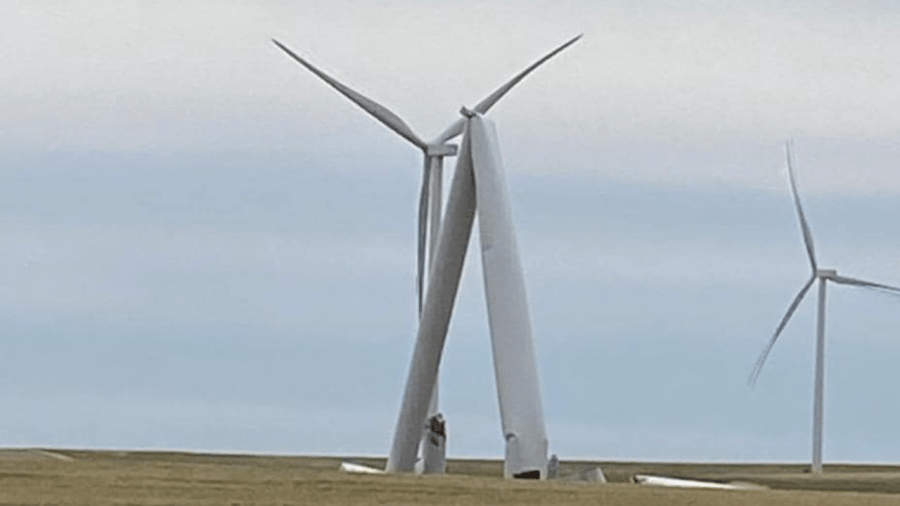 Fire officials who responded found the tower “had fallen over,” according to the fire department in Fleming.

Photos show the tower folded in half, its turbines broken off and lying on the ground.

No further information was immediately released on the suspected cause or who operates the wind tower.