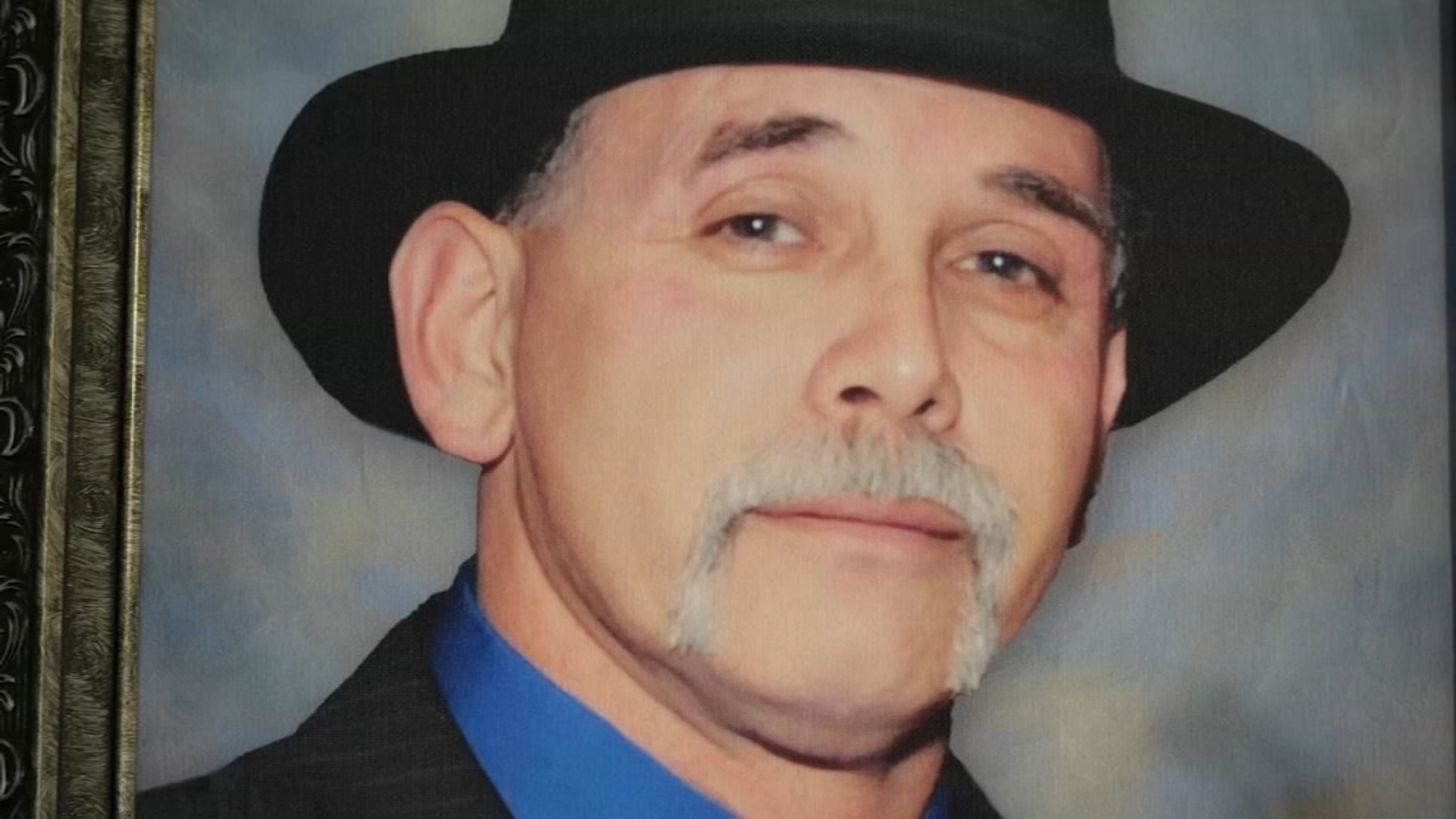 HOUSTON, Texas (KTRK) — Sylvia Castillo knew something felt wrong when she woke up on Aug. 30, 2021, so she called her husband, who left earlier that morning for his job as a mechanic at the City of Houston’s Fleet Management Department.

“If I called him, he always answered and if not, he would, a few minutes later, he would call me,” Sylvia Castillo said.

This time he didn’t.

When Sylvia Castillo’s oldest daughter called her later that morning, she said, “I feel like something happened to daddy.”

While she was still on the phone with her daughter, Sylvia Castillo glanced over to her front door and through the glass she saw a white car parked outside.

“I looked and I told (my daughter) Matilda, I said, ‘There’s a city of Houston car parked outside,” she said. “I said, ‘Something’s not right.’ For a second, I thought, well maybe he hurt himself … maybe he cut his hand off or only God knows what because he was a mechanic.”

But when she walked outside, she learned it was much worse.

“(The city workers) introduced himself and he said that there had been an accident at the City of Houston facility and that my husband hadn’t made it,” she said. “I lost it. I lost it. I was like, ‘This can’t be happening.’ I looked at my phone and I saw my daughter screaming and I was like, he actually did say what I heard him say and that’s where the nightmare started. I never thought that I would outlive him. You know? I always thought he would bury me and it’s been really hard because he was a good husband. I couldn’t ask for a better husband.”

Manuel “Manny” Castillo died on Aug. 30, 2021, after suffering an injury while performing preventative maintenance on an airboat.

Manuel Castillo joined the city in 2006 and had most recently served as a level three mechanic, which is the highest skill level recognized by the city of Houston, according to an ABC13 report at the time of his death.

As his family grieved, Sylvia Castillo said the city reached out to her about his benefits and she tried to take care of all of the other paperwork involved whenever a loved one dies.

Within a few weeks, the family received Manuel Castillo’s life insurance, which helped go toward burial costs. It took months, but eventually, the family also received his pension and social security for one of the couple’s daughters. Worker’s compensation benefits also began arriving within a month after he died, his wife said.

Sylvia Castillo said her husband never took vacation or sick time and accrued the maximum amount of time off allowed during his 16 years at the city of Houston.

“He was their No. 1 mechanic. He loved working. He could never sit still, not even here at home,” she said. “Sometimes I would tell him, ‘Sweetheart, sit down, watch TV.’ (He would say), ‘No, you know, I can’t. I can’t. I have to do something because I’m going to get bored.'”

Months passed and Sylvia Castillo said her husband’s final paycheck kept getting delayed despite numerous calls to the city.

“Every time that I would call HR for the city of Houston, the lady would tell me, ‘Well, we need this documentation,'” she said. “Anything that they would tell me they needed, I myself drove it downtown.”

After eight months passed, Sylvia Castillo decided to Turn to Ted for help getting the money her husband worked so hard for.

After Oberg reached out to the city, Sylvia Castillo said they said they didn’t realize it was taking so long and apologized.

In a statement, the city’s HR department said, “Mr. Castillo did not have a completed Final Paycheck Beneficiary Form on file, which would indicate how to disburse the payment to his selected beneficiaries. Therefore, his estate was required to provide additional documentation for the City to release payment(s) to the authorized beneficiaries, which requires review and determination by the Legal Department. Legal completed their final review on or about April 25, 2022, and notified the Human Resources Department on April 27, 2022. The final check(s) to the authorized beneficiaries are being submitted for processing.”

Because Manuel Castillo listed all five of his children as beneficiaries, and one of his children is a minor, the city said it required additional documentation in order to release the payments.

Two days after Oberg reached out to the city, Sylvia Castillo got her portion of her husband’s final paycheck and her children got their checks soon after – a final gift from the devoted and hardworking husband and father.

“He always took care of his family,” she said. “If I could give all of this back, have my husband back, I’d do it in a heartbeat.”

The morning before Castillo’s “sweetheart” left for work for the last time on Aug. 30, 2021, she said her husband gave her a hug and a kiss goodbye and she wished him a blessed day.

Before he left, he stood outside their bedroom door and waved goodbye.

“He never did that and now that I think about it, it’s like, I wonder, did he feel something,” she said.

Now, Sylvia Castillo said she’s focused on spending time with the couple’s five children and three grandchildren, including a 9-year-old boy, who is battling Leukemia.

“I miss him every day. I can honestly say there hasn’t been a day that I don’t cry. Even now, sometimes I tell my son and I tell my kids that, you know, I’ll sit here and I’m like, ‘Is he really gone?'” she said. “There’s times that my son now drives his truck and sometimes when I see my son driving up, you know, for a split second I hope to see my husband driving, but it’s hard. It’s really hard.”