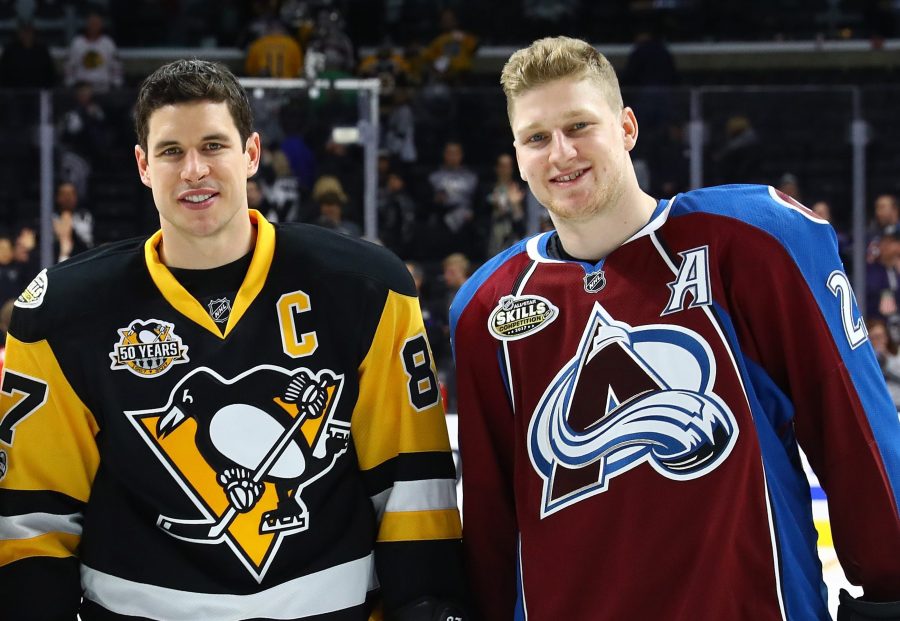 As the postgame celebrations erupted, tv interviews started. Nathan Mackinnon stepped up for his interview and as he did, Andrew Cogliano shouted “87”.

Mackinnon said there was a reason he knew the Avs would win the Stanley Cup.

“Well yesterday my room number was 1787 so we just felt like it was fate. We both love Sid (Sidney Crosby). We just knew we were going to win when I got that room number,” Mackinnon said.

If you are wondering what the 87 stands for, it is Sidney Crosby’s number. Crosby and Mackinnon are both Cole Harbour, Nova Scotia natives and longtime friends.

After the game, Pierre LeBrun, a senior NHL columnist with The Athletic, spoke to Crosby about the Avalanche win.

“I am really happy for Nate. I know how much it means to him and his family. I have seen how hard he’s worked to achieve this and glad that he’s got rewarded and gets to experience everything that comes with winning. It’s special,” said Crosby to LeBrun.

Mackinnon also spoke to reporters about having the Stanley Cup in Cole Harbour. Mackinnon has been to a couple Stanley Cup parties for Crosby, but now he gets to host his own.

Where can I get Colorado Avalanche Stanley Cup Championship gear

“He (Crosby) better be coming, I’ve been the drunkest guy at two of his so he better be drunk at mine. But it’s cool, I have my name engraved on the Stanley Cup with 87, my idol, along with the best players to ever play this game,” Mackinnon said.

The Avalanche will be back in Denver Monday afternoon, and the City of Denver will be holding a celebration rally on Thursday.