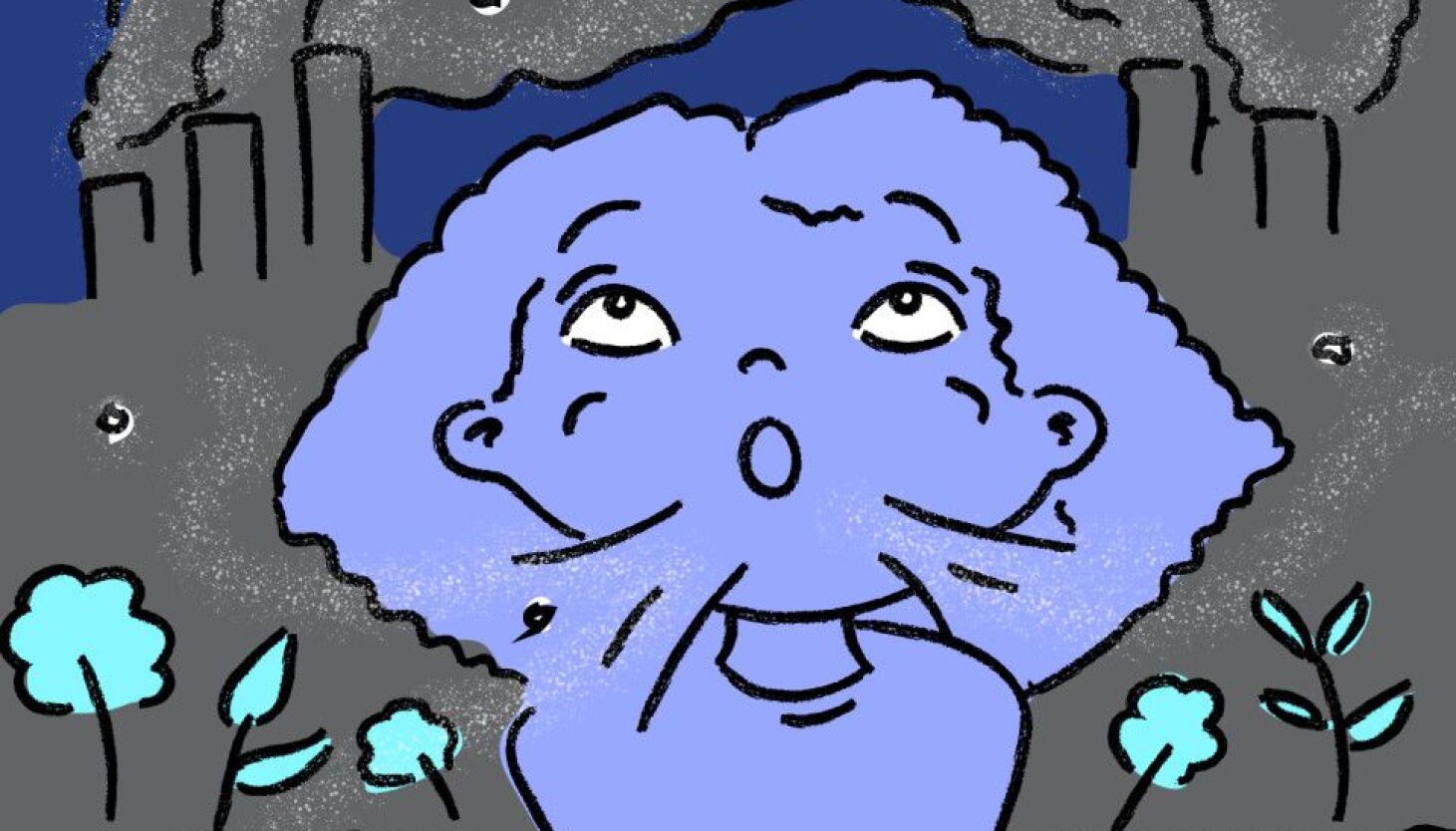 Each time we take a breath, the outside world finds its way into our body.

One type of thing in the air is called particulate matter.

These particles could be dust or smoke, tiny drops of water or even chemical compounds.

PM is described by its size.

When these particles are very small — about 1/30th the diameter of a human hair — they’re known as PM2.5.

Individual particles may be too small to see, but when levels are high, they can make the air look thick and hazy.

Particles with a diameter of 10 micrometers or less can enter deep inside a person’s lungs.

But the most health-damaging particles are even smaller. Those with a diameter of 2.5 micrometers or less are small enough to get into your bloodstream.

The Chicago area has the third-highest level of PM2.5 from diesel in the country, after the Los Angeles and New York City areas.

PM2.5 in the air comes from lots of different places. Some are familiar, like smokestacks.

Others, like trucks or chimneys, may seem less obvious.

And an estimated 5% of all premature deaths in Chicago can be attributed to PM2.5.

Not everyone is impacted the same.

So how do we begin to get a picture of what’s going on with our air?

One way is by using air sensors. These sensors detect PM2.5 levels in the air and can be placed on bus shelters and other structures.

These sensorsalready exist in many placesacross Chicago, and activists are pushing to add even more.

Information from sensors can begin to provide a picture of air quality on a neighborhood level.