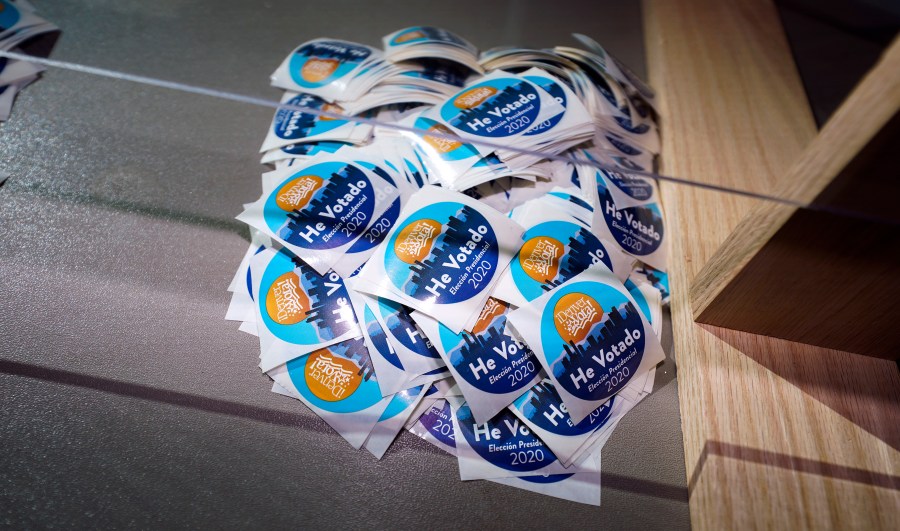 This week’s nominating contests could offer the first clues as to whether the political landscape has shifted. Abortion is particularly relevant in Colorado, where GOP voters are deciding whether to nominate a rare abortion-rights-supporting Republican for U.S. Senate.

And in Illinois, a Donald Trump-backed congresswoman ignited a political firestorm over the weekend by celebrating the overturning of Roe v. Wade as “a victory for white life,” phrasing that her spokesman later called a “stumble” and was meant to be “right to life.”

The primaries will also offer new insight into the state of the Republican Party, with the central issue in virtually every GOP contest being fealty to Trump and his baseless conspiracy theories. Those Republicans who have pushed back at all, including a senator in Oklahoma and a congressman in Mississippi, are facing fierce challenges.

Democrats have their own challenges. Illinois voters will decide a rare incumbent-on-incumbent primary for a House seat, while in South Carolina, Democrats are picking which candidate will take on South Carolina Republican Sen. Tim Scott this fall.

In all, primary elections are playing out across Colorado, Illinois, Mississippi, New York, Oklahoma, South Carolina and Utah on Tuesday. Nebraska is holding a special election.

What to watch in Colorado:

GOP businessman Joe O’Dea, who has spoken publicly about his support for abortion rights, is running for the nomination to take on Democratic Sen. Michael Bennet this fall. O’Dea’s top rival is state Rep. Ron Hanks, who opposes abortion in all circumstances and attended the Jan. 6 rally that preceded the insurrection at the U.S. Capitol.

O’Dea said he backs a ban on late-term abortions and government funding of abortions, but the decision to terminate a pregnancy in the initial months is “between a person and their God.”

While Colorado has trended Democratic over the past decade, Tuesday’s top Republican primary contests will show whether far-right candidates are making progress in their quest to take on uncontested Democrats like Bennet, Gov. Jared Polis and Secretary of State Jena Griswold, who’s led the national fight against 2020 election deniers.

One of them is Republican Tina Peters, a conspiracy-theorist county elections clerk who’s been indicted for tampering with voting equipment and posting data online. Peters wants to unseat Griswold as Colorado’s top elections official despite calls from the state GOP for Peters to suspend her campaign. She’s running against Republican Pam Anderson, a former head of the state’s clerks association and defender of Colorado’s mail-in elections system.

In the Republican race to take on Polis, a former suburban Denver mayor, Greg Lopez, is facing Heidi Ganahl, the lone statewide-elected Republican as a University of Colorado regent.