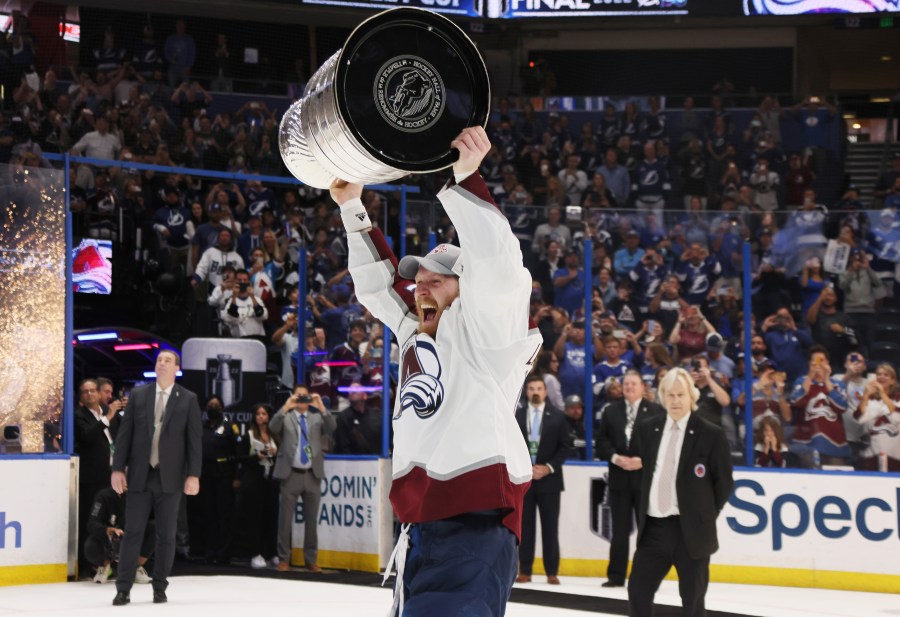 DENVER (KDVR) — Nearly 10 years after being named the youngest captain in NHL history, Gabriel Landeskog is a Stanley Cup Champion.

“On behalf of the National Hockey League and Commissioner Gary Bettman I have the privilege to invite Avalanche captain Gabriel Landeskog to come over and accept and hoists the Stanley Cup,” Daly said.

The moment was one Landeskog will never forget.

“I mean that’s just 20 plus years of dreaming and wanting and working for it and just finally coming to fruition after a lot of crazy years and a lot of hard work. This group is just amazing all the way from the top to our massage therapists to the wives to the fans to everyone working in Ball Arena, it’s incredible,” Landeskog said after hoisting the Stanley Cup trophy.

Who was Landeskog thinking about when he lifted the Stanley Cup?

Why room 87 was fate for Avs winning Stanley Cup

“My wife, my kids, my dad, my sisters over there. Everybody that has supported me along the way. My mom, my brother, my teammates, looking at these guys it’s just incredible. I can’t believe it,” Landeskog said.

When asked what Landeskog thinks other teams will take away from the Avalanche’s journey to winning the Stanley Cup, he responded quickly with a very simple answer.

Cale Makar was the unanimous choice for the Conn Smythe Trophy as playoff MVP. He also won the Norris Trophy as the NHL’s top defenseman during the regular season.

Here’s a look at Landeskog during the Avalanche celebration: