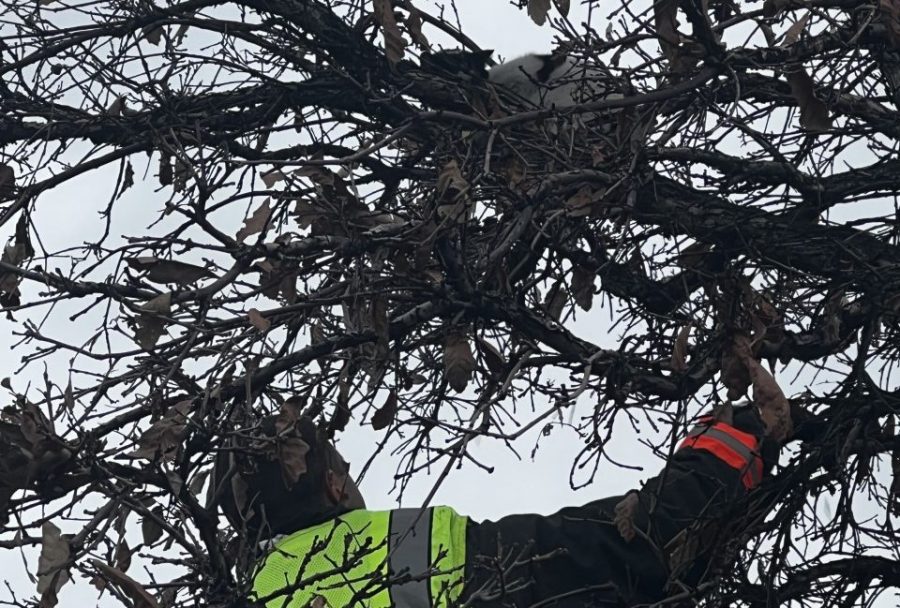 LAKEWOOD, Colo. (KDVR) — West Metro Firefighters were able to bring a cat down from a dangerous situation on Wadsworth Boulevard Sunday.

A FOX31 viewer captured the video of firefighters working with animal control to bring a cat down from a tree in the median of Wadsworth near 1st Avenue.

The viewer tells FOX31 she believes the cat is now at Foothills Animal Shelter waiting to be claimed or adopted.