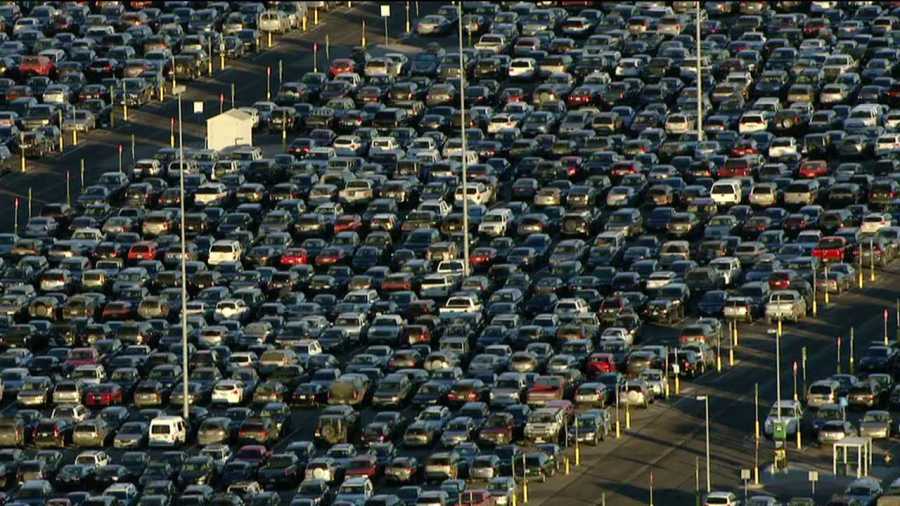 DENVER — New crime data shows thieves are targeting cars parked at the airport at more than three times the rate as in previous years.

According to Denver Police, in 2019, 2020 and 2021, an average of 47 vehicles were stolen from Denver International Airport, rental car lots and the surrounding area. So far this year, at least 150 vehicles have already been stolen.

“It’s just really unfortunate that people are doing this to families, individuals to try to make a buck,” John Layman said.

Colorado’s $400 refund checks could be even higher

Layman says he had his truck stolen at the end of March while he was on a family vacation to Mexico.

“It’s a shock. It’s a real shock to think oh my goodness, somebody stole our truck. And I’m just like, I still can’t believe it,” he said.

Layman and his family live in Hayden, Colorado, which is about three and a half hours away from Denver International Airport. He says they spent a night before flying out at a hotel on Tower Road because it offered parking during their trip.

“We’ve never had a problem with these hotels,” he said.

However, when they returned from Mexico a week later, Layman says his truck was gone. Eventually, it was recovered in Westminster. He says insurance declared it totaled.

“It had body damage, drugs, there was, believe it or not, kids clothing and shoes in the bed,” he said.

While Layman says his insurance company and the hotel were both accommodating, the aftermath of losing the truck has been a struggle.

The Laymans live on a ranch and use the truck to haul livestock, hay and water daily. They also need a vehicle with four-wheel drive due to the mud and snow near their rural property.

Highest-paying jobs that require a 2-year degree in Denver

The truck also had his children’s carseats inside when it was stolen.

“It makes you leery thinking that you can leave your car for a certain number of days or a day or whatever you’re doing because I don’t know how well you can monitor it,” Layman said.

Denver Police tell the Problem Solvers they are stepping up patrols in parking lots and garages. The department is also doing outreach to nearby businesses that offer parking for travelers to help with theft prevention.

Additionally, DPD suggests parking in a well-lit area, locking your vehicle, removing all belongings from your vehicle and equipping it with an alarm system to deter thieves.

Layman says he followed all of the advice and still ended up a victim of vehicle theft.

“I don’t know what the solution is but it’s a heartbreaking ordeal, it really is,” he said.