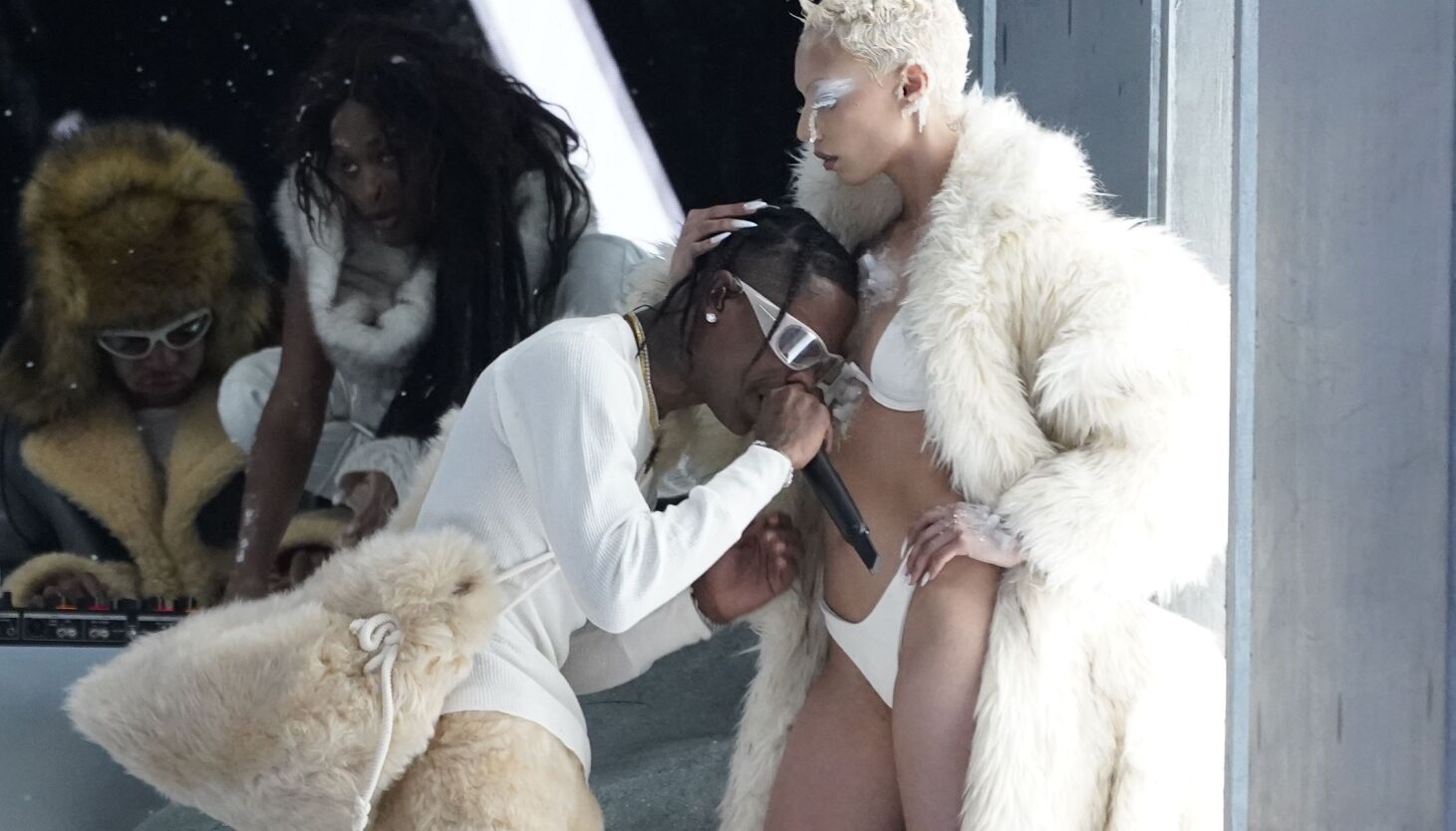 Wallen performed in his first major awards show after he was caught on camera using a racial slur. After receiving no verbal introduction, the country star sat alongside his four-piece band and performed “Don’t Think Jesus” then his chart-topping “Wasted on You,” a single from his popular project “Dangerous: The Double Album.”

“I want to say, ‘Thank God.’ And thank my fans. I got the best damn fans,” said Wallen, who acknowledged his mother for accompanying him as his date to the show. He also thanked Billboard for inviting him. He did not mention last year’s incident, which once found the disgraced singer rebuked by the music industry.

“Thank you to my little boy,” he continued. “You inspire me every single day.”

Shortly after Wallen’s set, Scott made his first televised performance since a massive crowd surge killed 10 people and injured thousands at his Astroworld Festival in Houston in November last year. The rapper performed his single “Mafia” in an icy, polar-themed prerecorded set that was heavily censored.

Mary J. Blige received the Icon Award for being an influential music maker. The singer, known as the Queen of Hip-Hop Soul, was presented the award by Janet Jackson and escorted on stage by Sean “Diddy” Combs — emcee of the show, which was broadcast live from the MGM Grand Arena in Las Vegas.

Blige said she was in a “dream right now” after she received the honor. She spoke about the journey of becoming an icon not being an easy feat during her stellar career.

“I’ve been on this journey for a long time, one that didn’t always look the way you see me now,” she said. “One that is filled with a lot of heartache and pain, but God helped me to channel those experiences and emotions in my music.”

Earlier, Drake was named top artist, male artist, rap artist and rap male artist and won the rap album award for “Certified Lover Boy.” The rapper extended his record as the most decorated winner in the history of the awards show with 34 wins.

Olivia Rodrigo and Kanye West, known as Ye, took home the most awards with six during a non-televised ceremony. Rodrigo was awarded best new artist.

Ye made his mark in the faith-based categories — again: The rapper won top Christian artist for the first time, but he claimed top gospel artist and gospel song for a third year in a row. He also received top gospel album for the second time.

Doja Cat came away with four awards. She won top R&B artist and R&B female artist for the second consecutive year, along with top R&B album and female artist.

Becky G, who released the album “Esquemas” on Friday, performed her hit song “MAMIII,” which topped the Billboard’s Hot Latin Songs chart. Ed Sheeran delivered a remote performance from Northern Ireland, where he is on tour.

Other acts who took the stage include Miranda Lambert and Meghan Thee Stallion.

Nominees are determined by Billboard chart rankings, and winners are selected based on several criteria, including their album and digital song sales, airplay and streaming success and touring.