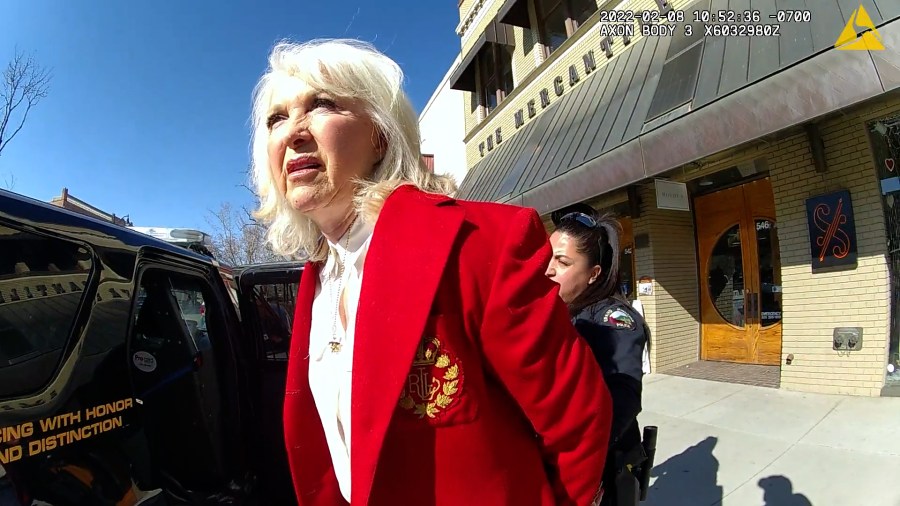 “The Court’s decision today bars Peters from further threatening the integrity of Mesa’s elections and ensures Mesa County residents have the secure and accessible elections they deserve,” Secretary of State Jena Griswold stated in a news release.

The Mesa County judge also approved the state’s request to appoint Brandi Bantz as the county’s designated election official, according to the release.

Griswold said Bantz has worked in Colorado elections for more than 20 years, including as the elections director since May 2020. She also served in El Paso County as a senior elections specialist.

What led to Tina Peters’ removal from Mesa County elections

Griswold’s office sued to remove Peters from overseeing 2022 elections after an FBI investigation into an alleged breach of elections equipment in Mesa County a year ago. In a separate lawsuit, Peters was already removed from the midterm election in November 2021.

“Clerk Peters’ actions compromised Mesa County’s voting equipment and election security, constituting one of the nation’s first insider threats where an election official risked the integrity of the election system in an effort to prove unfounded conspiracy theories,” the release stated. “Clerk Peters subsequently refused to affirm that she would comply with Colorado election rules and laws as the Mesa County DEO.”

Peters and deputy clerk Belinda Knisley were indicted by a grand jury on a number of counts related to the investigation.

Peters has become an advocate for those who believe, without evidence, that the 2020 election was fraudulent — although she has said elections in Mesa County, which voted overwhelmingly for Trump, were secure and accurate.