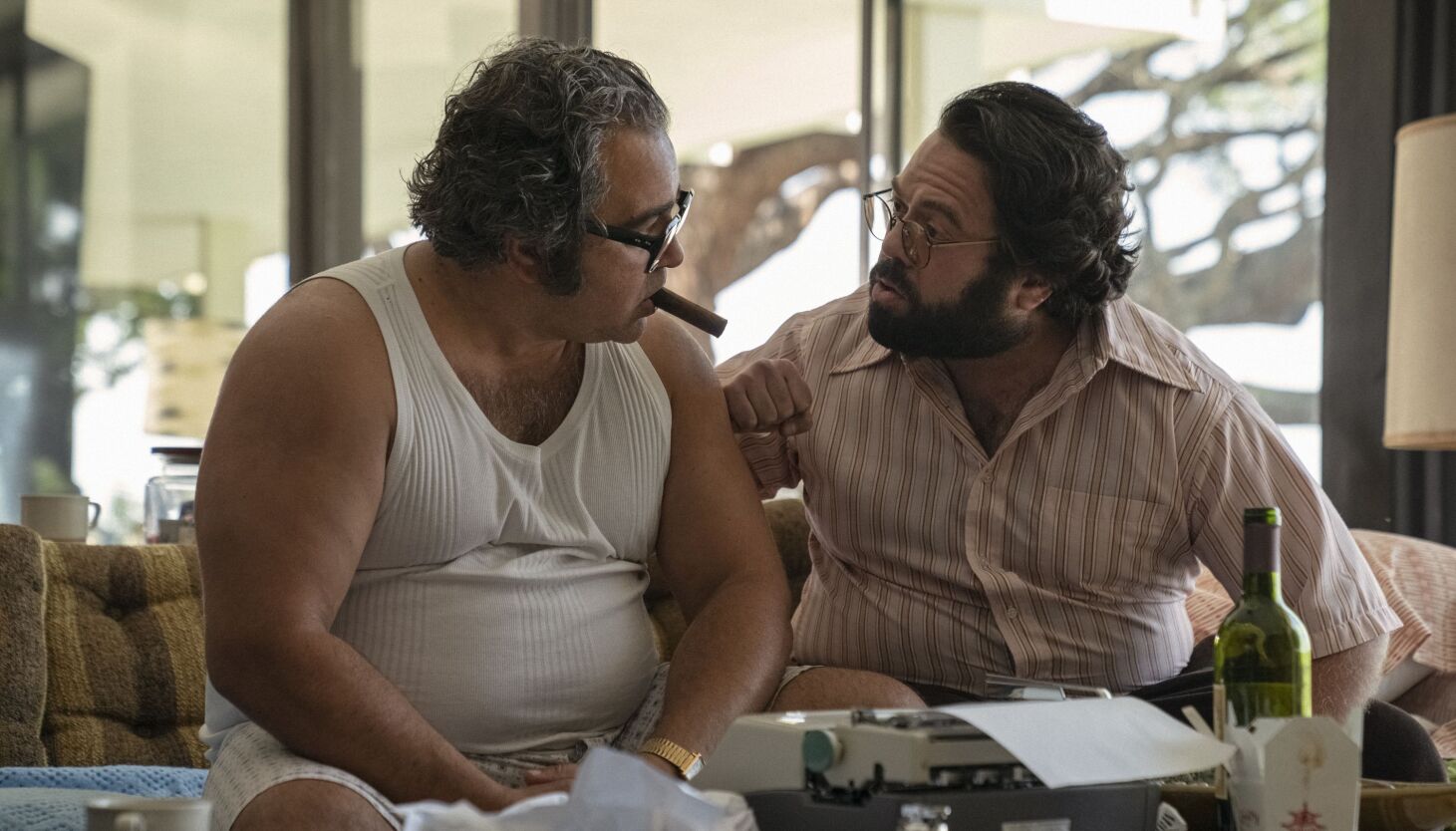 If you add up the original running times for Francis Ford Coppola’s “Godfather” trilogy, it comes out to 539 minutes, for a total of just under 9 hours.

If you add up the running times for all 10 episodes of the Paramount+ limited series “The Offer,” which is all about the behind-the-scenes machinations, skullduggery and manipulations surrounding the making of “The Godfather,” you get 543 minutes.

To answer your question: yes, a nine-hour series about the making of a three-hour movie, albeit the greatest movie of all time, is just too much. Too much padding, too much plodding, too much speculative fiction and far too many heavy-handed attempts at drawing parallels between the plot points of “The Godfather” and events real and imagined that transpired during the planning, pre-production and filming of Coppola’s masterwork.

There’s some campy entertainment value in the period-piece production design, the juicy performances from the talented cast and some darkly funny but cartoonishly over-the-top moments, but “The Offer” takes about a hundred times longer to cook than Clemenza’s Meatball Recipe and doesn’t leave you nearly as satisfied.

The gifted writer Michael Tolkin crafted one of the great Hollywood satires in adapting his novel “The Player” for the 1992 Robert Altman film of the same name, but as the showrunner for “The Offer,” Tolkin is dangerously close to indulging in the same hoary clichés he brilliantly lampooned some 30 years ago. Time and again in “The Offer,” we see clumsily crafted scenes in which various key participants in the making of the movie find themselves in situations with striking parallels to the plot of the film itself.

Example. After a myriad of starts and stops, production on “The Godfather” has commenced—but after producer Albert S. Ruddy (Miles Teller) finally wins his uphill battle to cast the talented but little-known Al Pacino (Anthony Ippolito) as Michael Corleone, the early dailies are so disappointing the studio is threatening to replace Pacino. Ruddy rearranges the schedule so Pacino can display his star power in the pivotal scene in the restaurant where Michael kills Sollozzo and McCloskey. On the location shoot, Pacino is jumpy and nervous and unsure of himself—just like Michael! Ruddy takes Pacino into the bathroom on the set, where the gun will be planted, and walks him through the paces of the scene, just as Clemenza walks Michael through the paces of how to comport himself before, during and after the killings.

Wow, “real life” is mirroring the story of “The Godfather” itself! That’s crazy.

Another sequence involves Paramount Studios chief Robert Evans (Matthew Goode) finding a dead rat in his bed, just as producer Jack Woltz woke up to a severed horse’s head in “The Godfather.” There’s also a scene involving a late-night visit to the hospital where the mob boss Joseph Colombo (Giovanni Ribisi) lies wounded after an assassination attempt, filmed in a manner that can’t help but remind us of the scene in “The Godfather” in which Michael visits his father at the hospital after an attempt on the don’s life. You keep waiting for someone in this saga to say, “Anyone else notice how stuff that’s happening to us is in the script for this movie?”

The protagonist in “The Offer” isn’t the colorful and high-profile Paramount Studios chief Robert Evans (“The Kid Stays in the Picture”), nor is it director and co-writer Francis Ford Coppola, played deftly by Dan Fogler. This story is based on the experiences of Albert S. Ruddy, who was the actual, name-on-the-poster, Oscar-winning producer of the film, despite his only notable previous show business success coming from his creation of the dopey hit sitcom “Hogan’s Heroes.” With Teller playing Ruddy as a turtlenecked dynamo who bounces between coasts putting out fires, “The Offer” credits him with marshaling the project through its early stages, nurturing the artistic egos of Coppola, writer Mario Puzo (Patrick Gallo) and mercurial stars such as Marlon Brando (Justin Chambers), all the while expertly picking his battles when dealing with the likes of Charles Bluhdorn (Burn Gorman), the bombastic, penny-pinching chief of Gulf & Western, parent company of Paramount Pictures, and Ribisi’s Colombo, who at first wants to block filming in New York but becomes a powerful ally and friend to Ruddy to the point where he’s almost a cuddly mobster. Almost.

With the requisite period-piece pop songs on the soundtrack and the makeup and costume department doing an expert job at re-creating the look and vibe of the time, “The Offer” sometimes feels like one big extended outtake from Tarantino’s “Once Upon a Time in Hollywood,” as we get a steady parade of actors playing Brando, Pacino, Jimmy Caan, Frank Sinatra, Robert Redford, Burt Reynolds, Ali MacGraw, etc., etc. Some of these impersonations are intriguing; others are painful to experience.

Dan Fogler as Coppola and Patrick Gallo as Puzo create an amusing buddy-movie chemistry, while Matthew Goode does a brilliant job of inhabiting the larger-than-life Evans, complete with Evans’ famous, nasally baritone. Juno Temple shines as Bettye McCartt, the real-life assistant to Ruddy who became a successful talent agent. Other performances are more about caricature than character, and while “The Offer” is an intermittently entertaining fictionalization about the making of the greatest movie of all time, your time would be far better spent re-watching the greatest movie of all time and the greatest sequel ever.