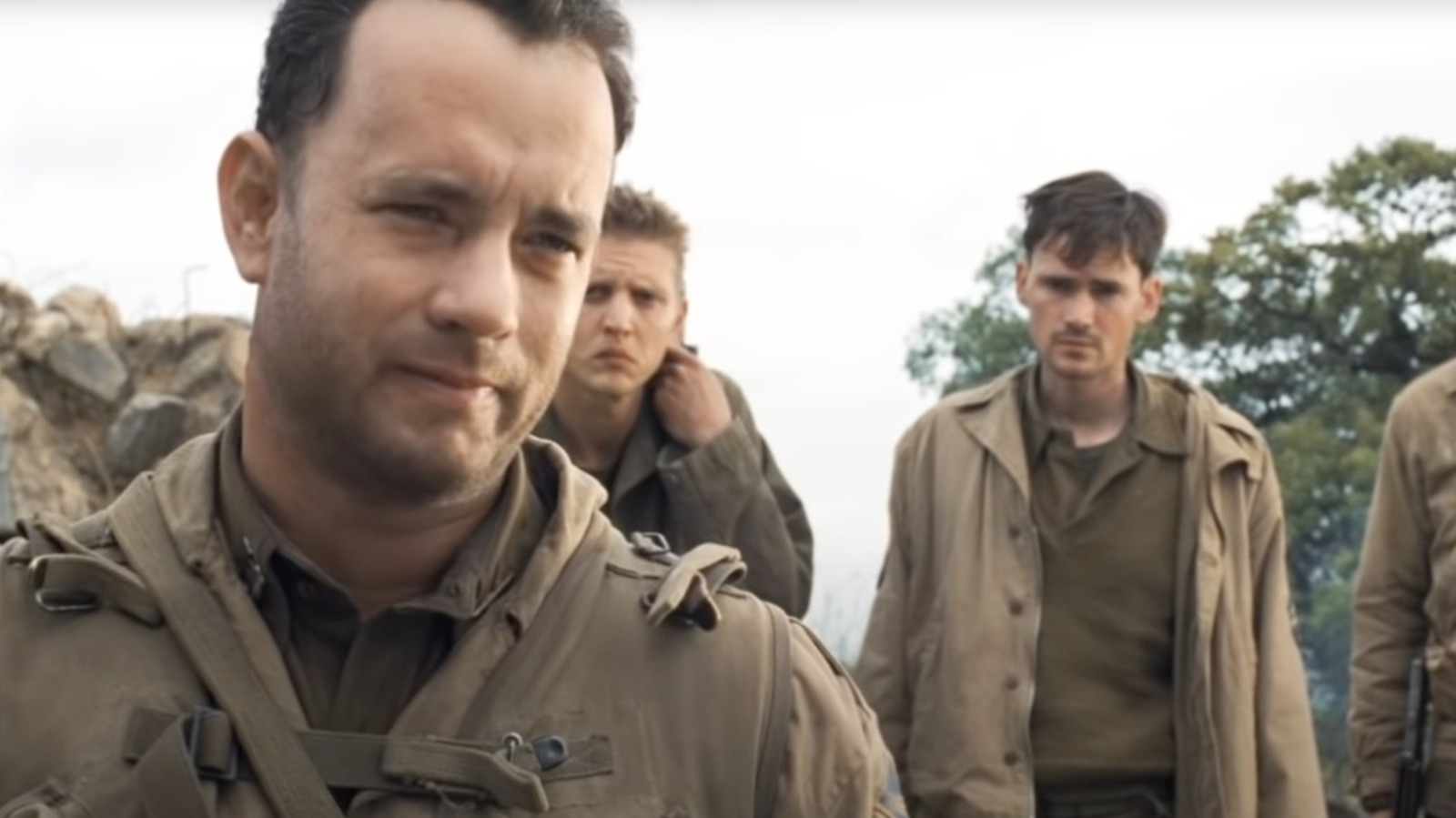 After the harrowing D-Day sequence, “Saving Private Ryan” leaps into its main plot. Captain Miller cobbles together a small group of soldiers and heads behind enemy lines to find James Ryan (Matt Damon). Their first stop is the town of Neuville, where the 101st Airborne battles a near-invisible German force. Miller’s crew joins up with Sergeant William Hill (Paul Giamatti) and slowly makes its way through the treacherous territory.

At one point, they happen upon a French family desperately trying to escape the carnage. The father begs the soldiers to take his children. Caparzo obliges, despite Miller’s objections, noting that the young girl reminds him of his niece. “Captain, the decent thing to do is to at least take her over to the next town,” Caparzo says.

“We’re not here to do the decent thing,” Miller snaps, snatching the girl from his arms, “We’re here to follow f***ing orders!”

Suddenly, a bullet hits Caparzo and knocks him to the ground. Everyone ducks for cover and must watch their fellow soldier slowly bleed out while sniper Pvt. Jackson (Barry Pepper) seeks out the enemy. Caparzo, covered in blood and mud and gripping a letter to his father, eventually dies in the street, leading Miller to exclaim, “That’s why we can’t take children.” Point taken.