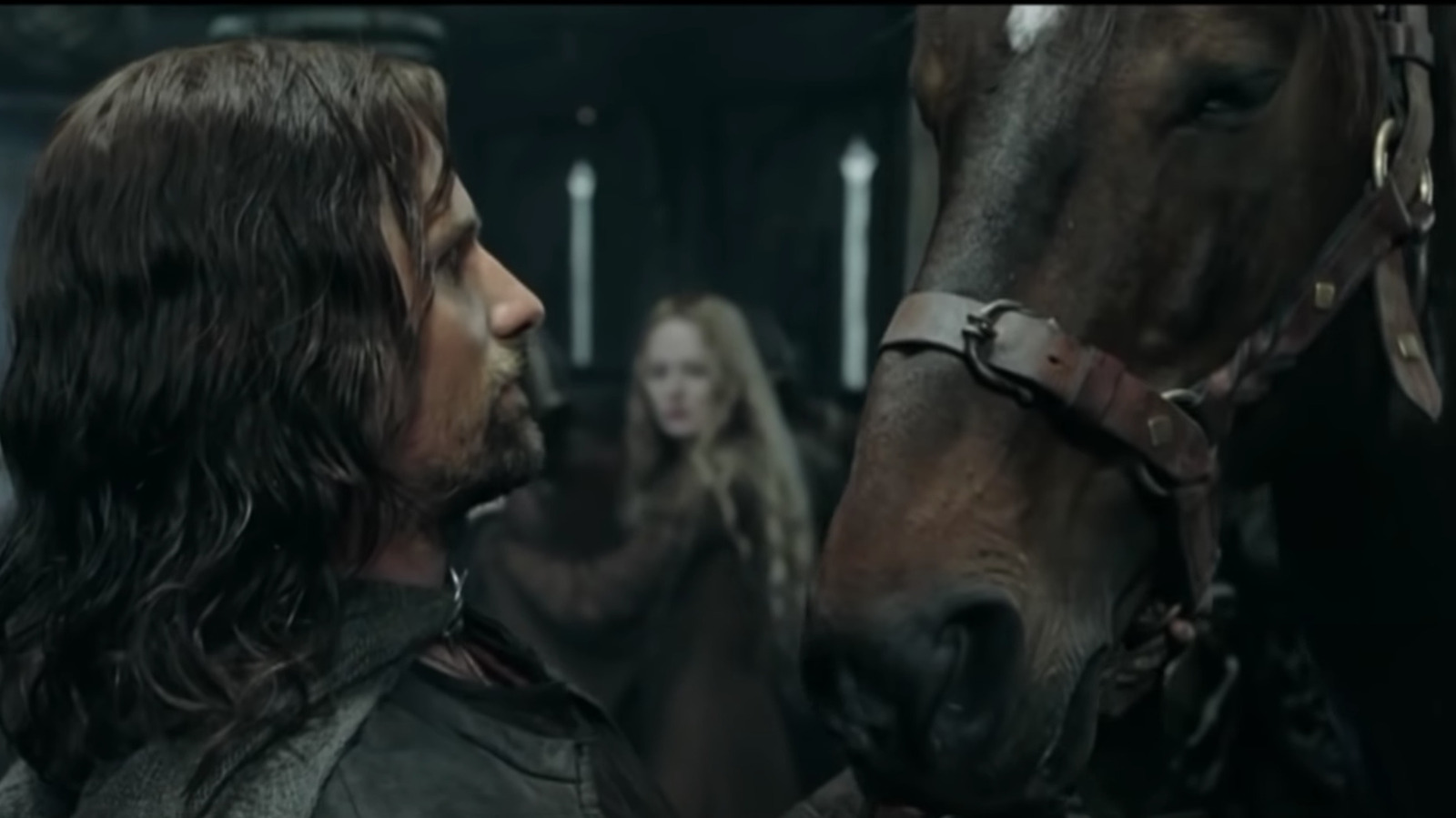 When discussing his time on set during “The Lord of the Rings” films with The Independent, Dominic Monaghan said of Merry and Pippin’s trusty steeds: “My horse absolutely hated Billy Boyd’s horse. I have no idea why they put them together. We were always together and all the horses would do was bite each other.”

As someone who had a horse for more than half my life, I can attest that they can be extremely picky about their companions. Watching horses in a pasture isn’t dissimilar from witnessing a high school cafeteria, cliques and all, especially when a new horse enters the fold. I’ve ridden plenty of times with other horses who kicked at mine or bit him if he got too close, and he got into his fair share of scraps out in the pasture. I also saw plenty of lovely moments between him and his pals. Horses are quite affectionate with each other as well. Sometimes fondness even takes the form of “love bites,” so perhaps the two didn’t even dislike one another at all.

There were so many gorgeous horses who showed up in “The Lord of the Rings” trilogy, from Shadowfax to Brego to Bill the Pony. Famed horse lover Viggo Mortensen told NME he bought three horses from set: Uraeus, who played Brego; Kenny, who was unnamed in “The Two Towers,” both of which he rode as Aragorn; and the other for stuntwoman and friend Jane Abbott. Sadly, like my own horse Rocky — who I still miss every day — the two he bought then are no longer with us. Abbott’s horse, Florian, played Asfaloth, who the stuntwoman rode during Arwen’s unforgettable chase scene in “The Fellowship of the Ring.” He was still alive and well as of 2020.