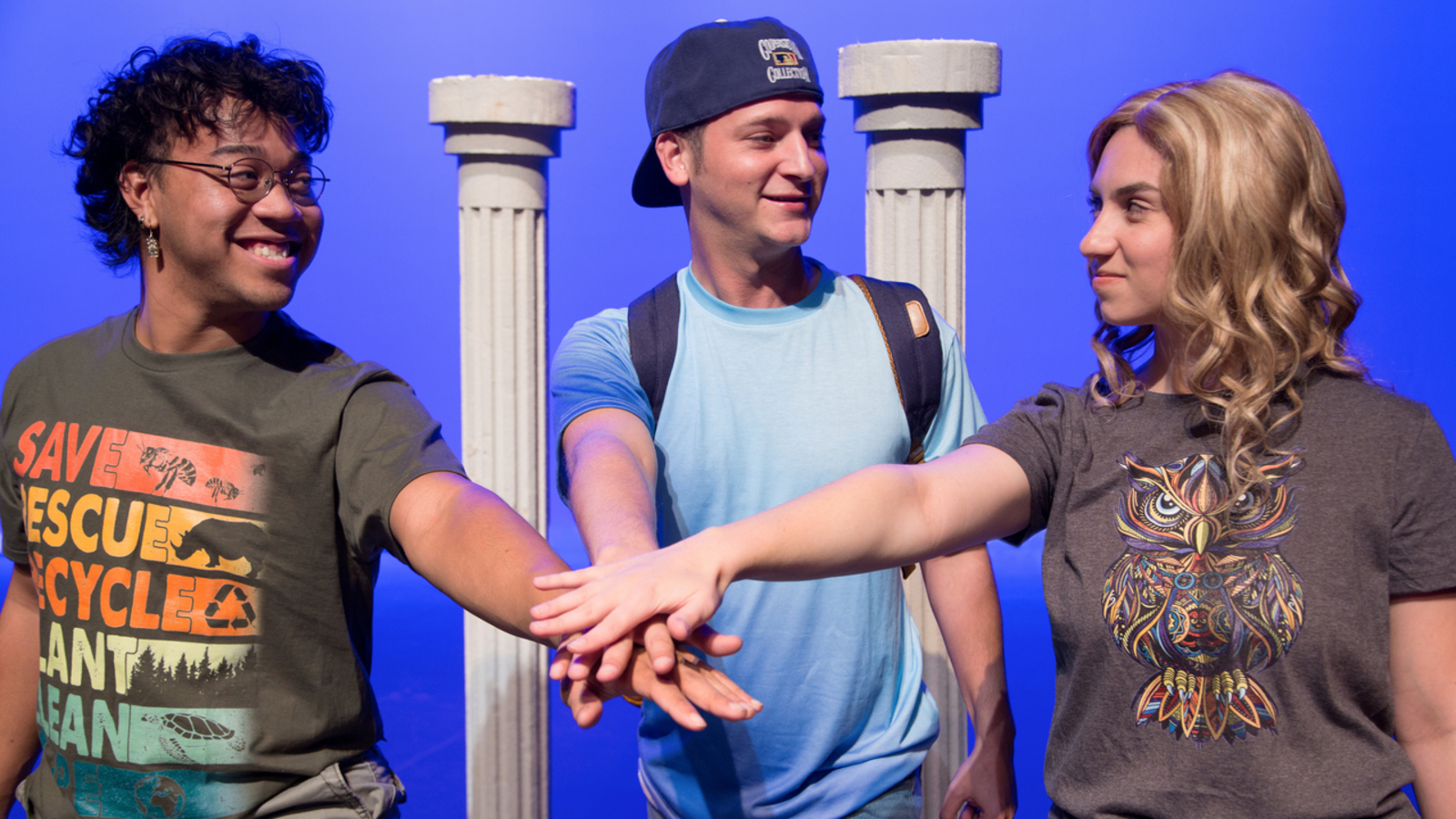 HOUSTON, Texas (KTRK) — A new Houston musical production based on the bestselling young adult series “Percy Jackson and the Olympians” is set to open this weekend.

“The Lightning Thief: The Percy Jackson Musical” at Main Street Theater is touted as a coming-of-age story featuring gods, heroes, monsters — and teenagers.

“Percy Jackson is a teen hero,” shared youth artistic director Vivienne M. St. John. “This musical is an inspiration for young people with ADHD or dyslexia, or anyone who doesn’t feel like their parents understand them.”

The show follows the troubled adolescent son of Greek god Poseidon as he bunks out for the summer at Camp Half-Blood. When Percy is accused of stealing Zeus’ lightning bolt, the teen sets out with other children of godly lineage to venture into the underworld and clear his name.

“(Percy) doesn’t know where he comes from, or why he has such a hard time, and then, when he finds out, his whole world gets flipped upside down,” said actor Michael Chiavone, who portrays the show’s title character.

Actor Laurel Burrer said she has relished getting better acquainted with her character, Annabeth Chase, especially since they have past history.

“It was a lot of fun, especially since just loving this series as a kid and then getting to be a part of bringing it to life,” Burrer said.

The musical is based on Rick Riordan’s No. 1 New York Times bestselling series, which spawned five books and two movies before opening on Broadway in 2019. A Disney+ original series is set to release in 2024.

“When I read (the books) as a kid, it definitely resonated with like the whole, ‘you know, you see… they’re struggling with things that you were struggling with,’ and it just gives you a sort of escape from that,” Burrer continued.

Chiavone said while the whole show is an action-packed, techno rock thrill ride, it’s the second act of the show where the real magic happens.

“They are along for the ride, they go on that quest with us,” Chiavone said. “If people find a little nugget of wisdom from the show to take with them about being strong or being true to yourself, then that’s awesome, too.”

Tickets available at MainStreetTheater.com or by phone at 713-524-6706. Recommended for Grade 5 and up. No children under 3 will be admitted.