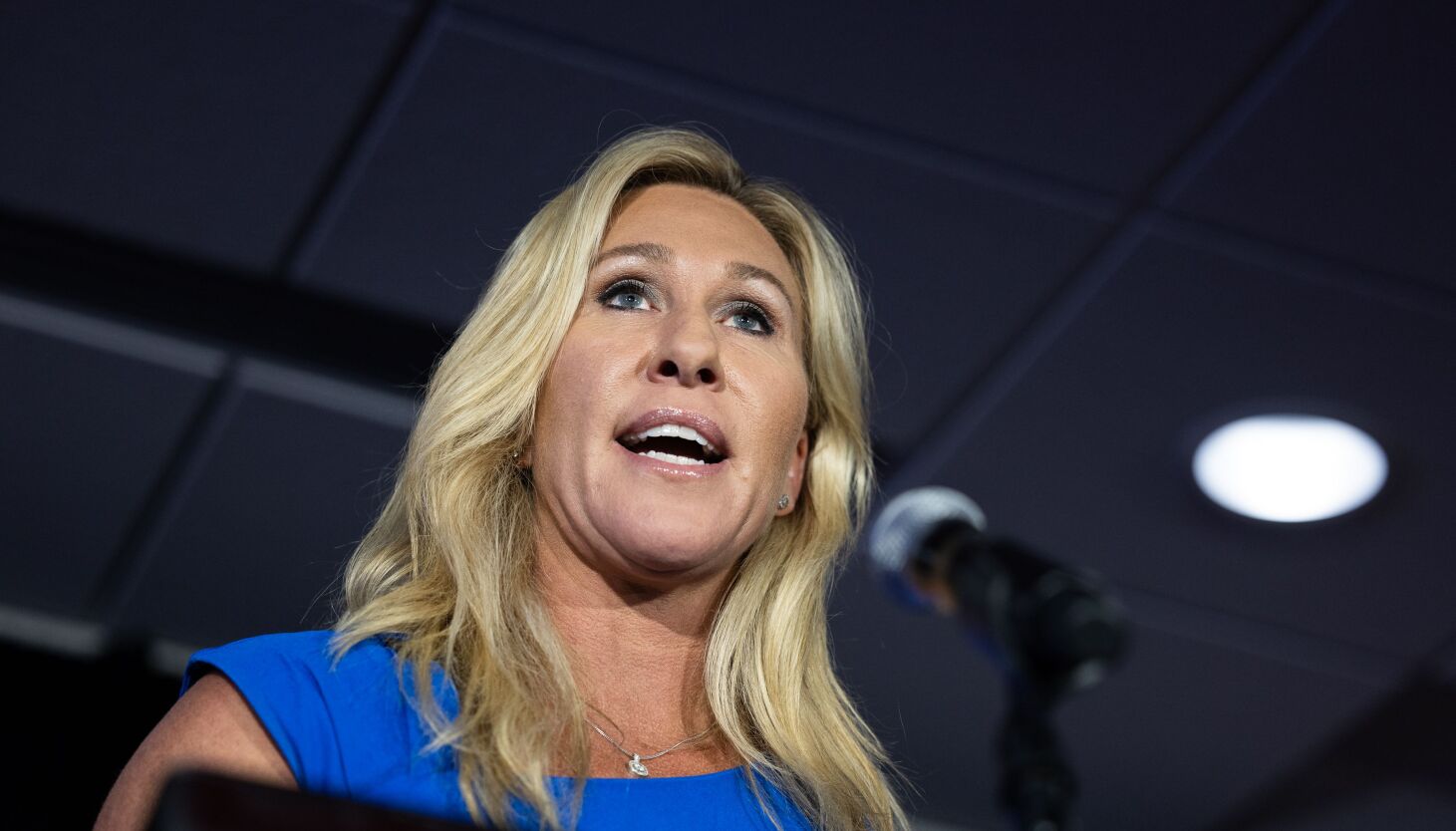 Back in 2015, I interviewed presidential hopeful and former Arkansas Gov. Mike Huckabee for C-SPAN’s “Book TV.” His newest book at the time, “God, Guns, Grits and Gravy” was a chicken-fried paean to all the “Bubbas” of the American heartland.

The god-fearing superiority of Bubbaville over the folks in coastal “Bubbleville” was Huckabee’s schtick, and he came by it naturally.

The interview was returning an odd favor. Though I was and am an atheist, I’d previously written a book defending Christian America. He’d written the forward for my book, and now asked the atheist to interview him about his book celebrating religious America.

I say all this as a point of illustration: There was in fact a time when Republicans had a sense of humor about God.

Somehow, in 2015, “God, Guns, Grits and Gravy,” though soapy and somewhat cartoonish in its populist portrait of American believers, didn’t feel confrontational, menacing or even all that exclusionary. (When pressed by Jon Stewart on whether Huckabee believed that “the Bubbas are better than the Bubbles,” Huckabee said, “No, different.”)

In contrast, the new right’s variations of “God and Guns” bumper stickers, T-shirts, yard signs and rallying cries can feel today like an actual threat, one that sometimes even implies violence.

The insurrection at the Capitol on Jan. 6 was in many ways a Christian nationalist event. Crosses, Christian banners and signs reading “Jesus is my savior, Trump is my president” were unavoidable. Michael Sparks, charged by the FBI for entering the Capitol through a broken window, wrote on Facebook that “Trump will be your president four more years in Jesus’ name.” Many touted Jesus — and Trump — as their reason for being there.

The “QAnon Shaman,” having breached the Senate chamber, led a group in prayer thanking “Heavenly Father” for allowing them to “send a message to all the tyrants, the communists, and the globalists that this is our nation, not theirs.”

The threatening rhetoric has permeated parts of Congress, where posing with guns, often in the name of Christianity, has become de rigueur for far-right electeds and candidates. Last year, Kentucky Rep. Thomas Massie and Colorado Rep. Lauren Boebert traded Christmas cards on Twitter with their arsenals of firearms.

In 2020, Georgia Rep. Marjorie Taylor Greene posed on Facebook with a gun and images of three Democratic members of Congress, writing, “We need strong conservative Christians to go on the offense against these socialists who want to rip our country apart.” Facebook removed the post for violating its policies.

Meanwhile, in Texas, the state Republican Party is voting on a new platform, which puts God and guns front and center.

The first five words are “Affirming our belief in God.” The platform includes 10 mentions of guns and 16 mentions of God, including the belief in “the laws of nature and nature’s God,” giving schools the option to display the national motto “In God We Trust,” affirming “God’s biblical design for marriage and sexual behavior,” and declaring “all gun control” a “violation of the Second Amendment and our God-given rights.” You’d almost think we were a theocracy.

All of this — the rise in Christian nationalism and the literal and metaphorical weaponizing of faith to intimidate opponents — while the country grows less and less religious.

With nearly 20% of the country considering themselves non-believers, it’s hard to believe there aren’t more open atheists in Congress. The closest we get is Arizona Sen. Kyrsten Sinema, who identifies as religiously unaffiliated (her spokesperson says she is not an atheist). And California Rep. Jared Huffman, who announced in 2017 that he was a humanist, and has also called himself a “non-believer” and a “skeptic.”

That news wasn’t met with much fanfare. When appearing on Stephen Colbert’s show, the host jokingly said, “I’ll just put you down for ‘heathen-slash-hell-bound.’ ”

Perhaps another poll shows why we’ve had no avowed atheists elected to Congress since the late Pete Stark, the brash California congressman who served from 1973 to 2013.

A 2019 Gallup poll asking Americans who they were willing to vote for revealed 60% said they would vote for an atheist, compared to 96% who would vote for a Black candidate, 94% for a woman, 76% for a gay or lesbian candidate and 66% for a Muslim. The only category an atheist beat out was a socialist (47%).

Surely, there are atheists in Congress and running for Congress, just as there are atheists everywhere else in America, even if they remain closeted. With the right using God to coax the party into regressive, punitive and at times increasingly scary places, here’s hoping they’ll finally have the courage to come out of the shadows.

The Sun-Times welcomes letters to the editor and op-eds. Check out our guidelines.