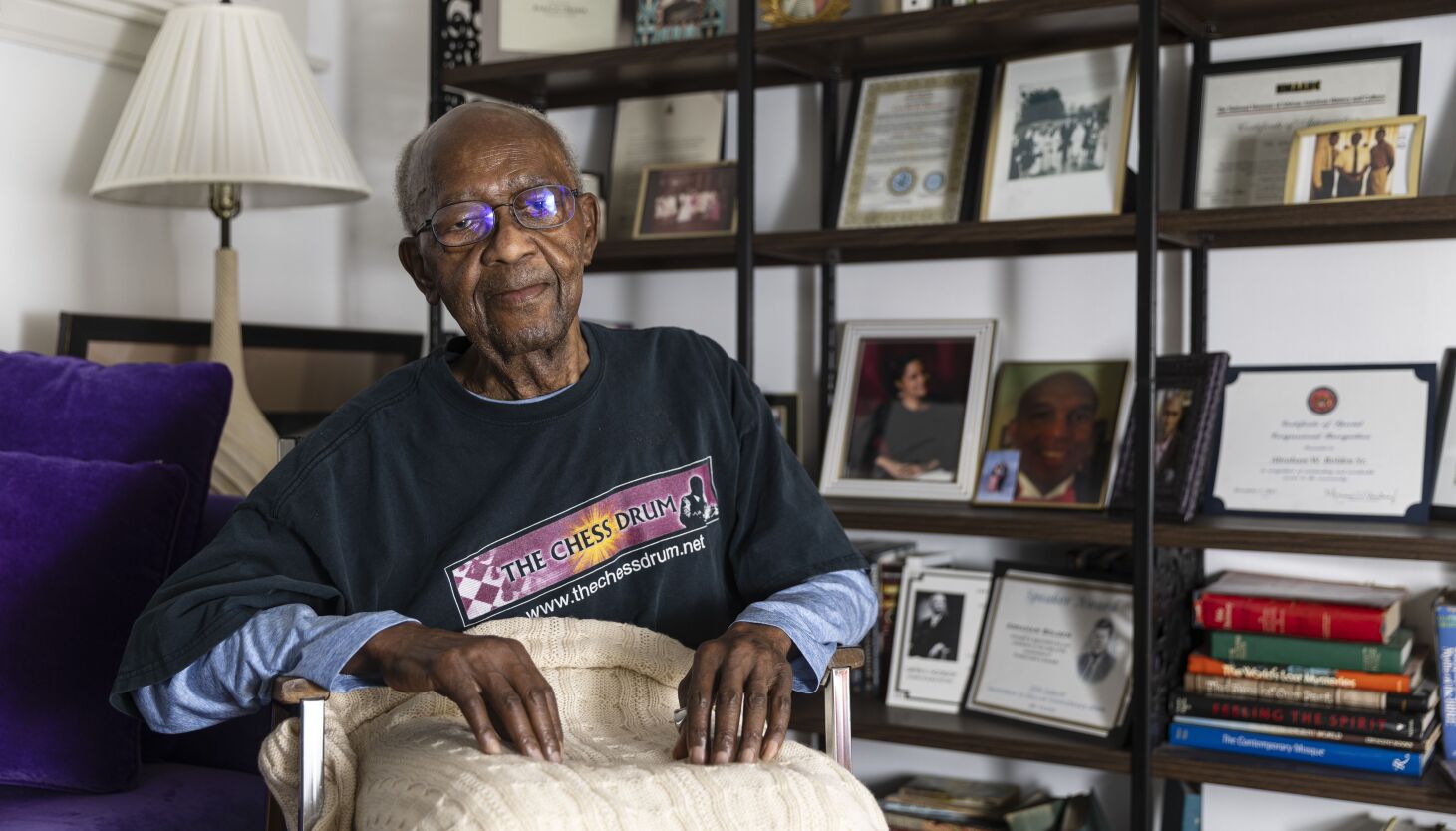 He didn’t have the largest civil rights organizations advocating on his behalf or prestigious civil rights leaders pleading his case.

What he did have, however, was a strong family and friends who believed “no lie can live forever.”

It took nearly six decades, but on Tuesday, Bolden finally got his taste of justice.

Bolden, a Chicagoan, was at the top of the list of pardons and commutations granted by President Biden.

His case was described as “offenses related to attempting to sell a copy of a Secret Service file.”

But that narrative, according to Bolden, was based on trumped-up charges leveled against him for exposing unprofessional and racist behavior within the U.S. Secret Service.

A document outlining Bolden’s case noted his first trial resulted in a hung jury, and at a second trial—even though key witnesses against him admitted to lying at the prosecutor’s request—Bolden was denied a new trial and ultimately served several years in federal custody.

Bolden “has steadfastly maintained his innocence, arguing that he was targeted for prosecution in retaliation for exposing unprofessional and racist behavior within the U.S. Secret Service.”

After failing to garner the support of three presidents—Richard Nixon, Bill Clinton and Barack Obama, Bolden, 87, finally got a taste of justice.

His journey from trailblazing to a disgraced Secret Service agent was swift.

In 1961, Bolden smashed a racial barrier when he became the first Black Secret Service Agent to serve on a White House detail.

But his good fortune turned into a curse when he arrived in D.C. and witnessed laxity among some agents guarding President John F. Kennedy.

When he threatened to reveal the shortcomings among agents, he was accused of being involved in a bribery and counterfeiting scheme. Bolden was tried twice, convicted and sentenced to six years in prison.

He had only served several months on the White House detail.

“When my attorney called me on Monday night and said Biden was going to grant me a pardon, I was elated,” Bolden told me in a telephone interview. “It was so long coming. I’m overwhelmed.”

“It’s been nearly 60 years. I thought it would happen. I knew God was in the plan all along because I had faith that justice would be served. If it weren’t served here, it would be served eventually. I would see it. That’s faith,” he said.

His son, Daaim Shabazz, Ph.D., associate professor of global business at Florida A&M University, was 2-years-old when his father was imprisoned.

“A pardon is an expression of the President’s forgiveness and ordinarily is granted in recognition of the applicant’s acceptance of responsibility for the crime and established good conduct for a significant period of time after conviction or completion of sentence. It does not signify innocence,” according to the Department of Justice.

Despite his ordeal, Bolden was able to return to Chicago and make a successful life for his family, his son pointed out.

“I want people to know his story, what he endured, what he went through, what he struggled to do, and how he maintained his dignity and stood on the truth until the end. If he was not pardoned, the lessons are still great lessons to learn,” Shabazz said.

“He still succeeded in life. He was still able to maintain a marriage of 49 years and raise three children. Unfortunately, two of my siblings passed away in 2020 and my mother died 15 years ago. They certainly would have been proud that his name was cleared,” he said.