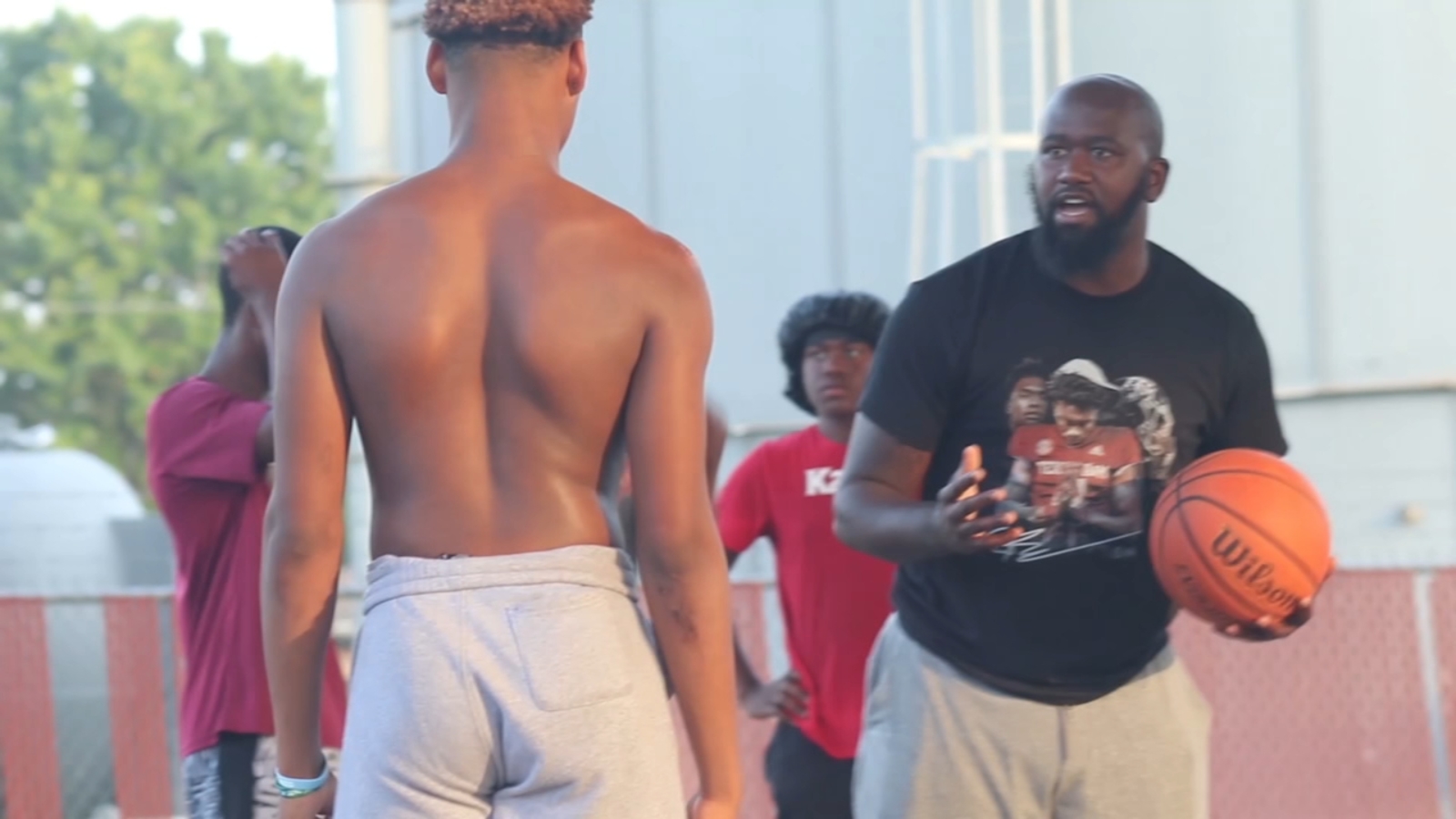 HOUSTON, Texas (KTRK) — Coach Reginald W. Hardy Sr. and his players have been practicing skills and drills for an upcoming basketball tournament at a small Missouri City park.

This practice may not seem like much, but behind the hot dog grilling and familial laughs, one can see that these aren’t just any ordinary players. They’re all-star, first place champions.

For 10 years, The Baller Academy has mentored and raised inner-city youth to shoot for the top and maximize their potential. This has ultimately culminated into an all-star team of youth players that travel across the city, state, and country collecting trophies.

But what makes these kids so successful? According to Hardy, the academy’s founder, that answer lies off the court.

“Our mission is to try and come into the inner-city and help struggling kids that are dealing with mental (health) issues,” Hardy said.

Hardy has seen firsthand the effects that poor mental health can have on a child, from his own inner-city childhood, to those of his youth as well. Dyslexia, ADHD, depression, anxiety, and more contribute to an epidemic that The Baller Academy intends to eliminate.

With basketball, the kids have a chance to work together through sportsmanship and comradery. And off the court, they are being mentored in personal finance, development, and relationship building.

Preparing the kids for their future is paramount to Hardy, and making sure they have the resources is just one step in that goal.

The majority of the players come from struggling backgrounds, which makes access to equitable resources difficult. The Baller Academy offers everything for free, from the uniforms they wear to the out-of-state championship trip.

Volunteers and sponsors make up the backbone of the academy, and it’s the mentors that champion the kids to success. Monica Lamb of the Houston Comets and Khadeen Lattin of the Oklahoma Sooners are just a few of the mentors that have coached at The Baller Academy.

The Baller Academy plans to conquer more tournaments this year and the next, and they even have plans to produce their own documentary with the help of local musicians.

Fear and uncertainty cloud a lot of young minds, but Hardy and his team want to emphasize that trying is better than doing nothing at all.

All you have to do is shoot your shot.