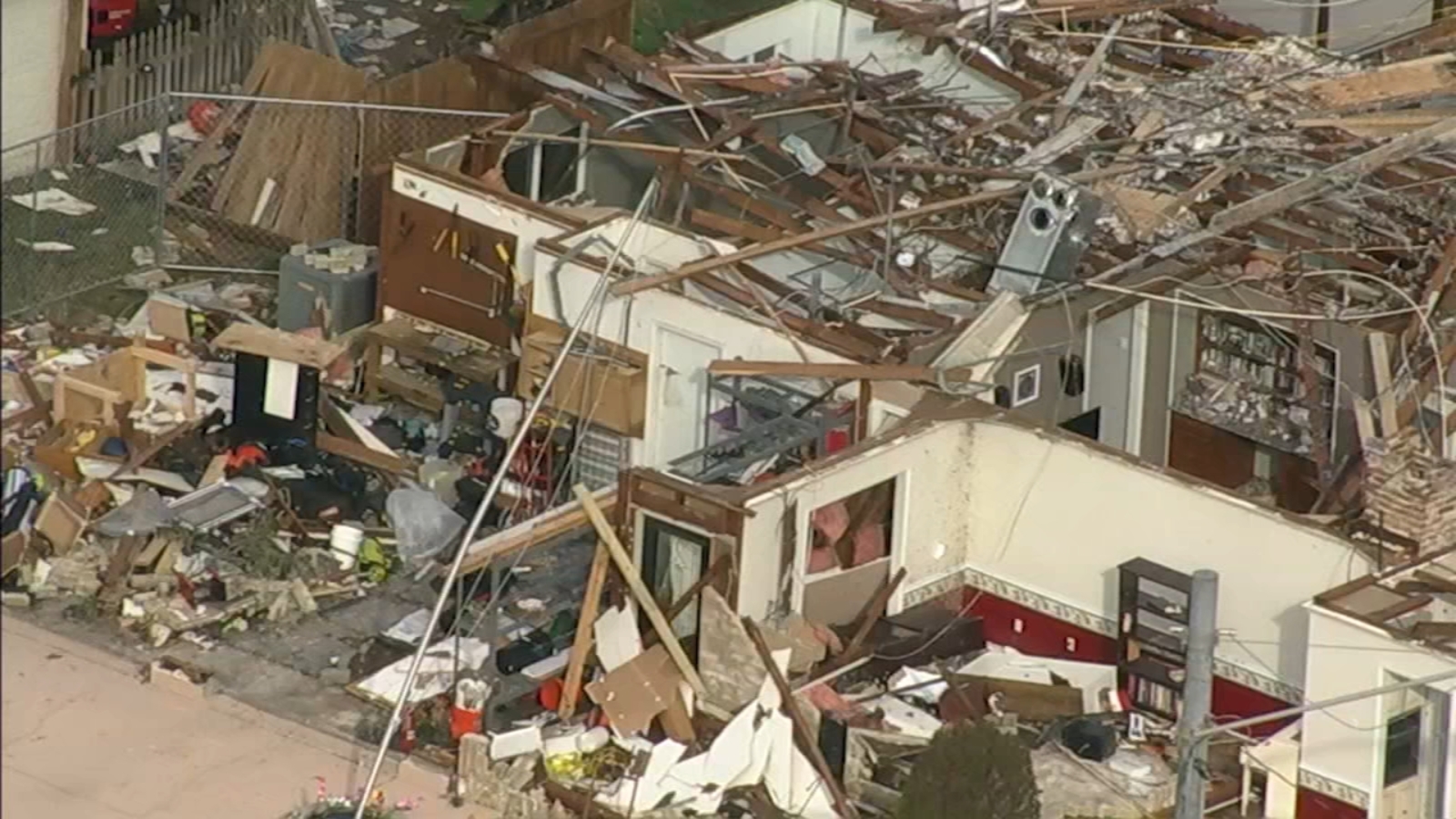 PASADENA, Texas (KTRK) — SkyEye flew over several neighborhoods on Wednesday, surveying the damage from Tuesday’s severe weather that brought on a Tornado Emergency for many.

The most extreme damage was concentrated in the Pasadena and Deer Park areas.

Many homes were without roofs and surrounded by debris. The SkyEye video showed a temporary building at Teague Middle School completely destroyed.

Meanwhile, the Pasadena Animal Shelter had heavy damage, with its metal roof blocking the street.

SkyEye even found damage in Baytown. Video showed a mobile home flipped upside down on top of a few vehicles.

In Deer Park, many homes were crushed underneath large trees.

The National Weather Service confirmed at least EF-2 damage was found after a tornado ripped through Pasadena and Deer Park on Tuesday. ABC13 chief forecaster David Tillman said the debris signature on the radar and the precise linear damage path prove that.

You can watch a compilation of the footage SkyEye captured in the video player above.