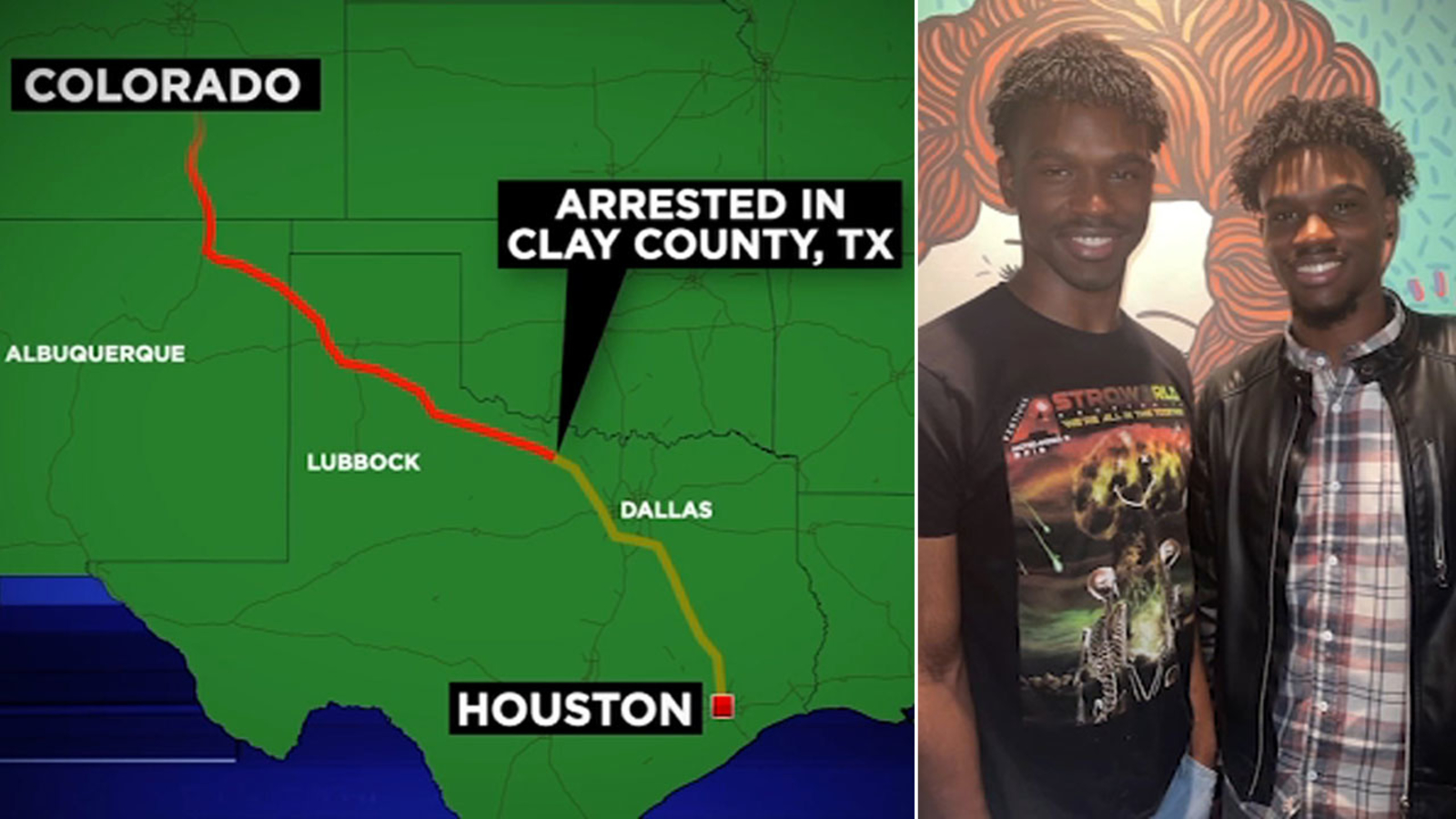 HOUSTON, Texas (KTRK) — A 21st birthday celebration ended with three Houston-area men behind bars in Clay County, Texas, charged with felony drug possession after being accused of having edibles in the car when they got pulled over.

Dandre and Dante Burroughs, and their roommate, Samuel Serrano-Griffiths, are currently in the Clay County Jail in Henrietta, Texas near Wichita Falls, each being held on a $50,000 bond.

“I was shocked and very upset,” said Raquel Burroughs, Dante and Dandre’s mom.

She says she got the call about the arrest early Monday morning. She says she understands what her sons are being accused of is illegal but believes the punishment does not fit.

“In one place, it’s legal for marijuana. Texas is supposedly decriminalizing marijuana, but yet, they are going to put my kids in jail and hold them and give them a felony record. It doesn’t add up,” said Raquel.

SEE ALSO: Austin voters could decriminalize small amounts of pot in May

She says her sons and Serrano-Griffiths are longtime friends and were on the way back from celebrating her sons’ birthdays in Colorado. She says they are accused of having edibles in the car when they were pulled over.

The Clay County Sheriff’s Office would not confirm the amount of drugs allegedly found in the car, but the drug charges the three are facing is a felony ranging between four and 400 grams. None of them have a criminal history in Harris County.

“They work. They are hard workers. They are just really good kids. Even though they are my kids, I am not just saying that, I have been told that many times, (of) how respectful they are,” the mom said.

According to Clay County Sheriff Jeffrey Lyde, the deputy who made the arrest said it started as a traffic stop for speeding and an unsafe lane change.

Katharine Harris, a drug policy fellow at the Baker Institute at Rice University, says she believes lawmakers should reconsider state drug laws and how offenses like these are handled.

“I think this case really highlights sort of the problems with the Texas law…I don’t know what this is doing to protect public safety. And if they are convicted of these offenses, they will have felonies on their records, which will make it that much harder for them to get jobs,” said Harris.

According to Sheriff Lyde, the three men had a video magistrate hearing where probable cause was found.

ABC13 requested the charging documents from the Clay County District Clerk’s office, but they have not yet been filed.

Burroughs says she has hired a lawyer to try to get the bond lowered, so then she can go through a bail bondsman and hopefully be able to get her sons out of jail.

“Nobody has this kind of money so it’s just creating a hardship. It’s a loss for everybody but Clay County apparently,” said Burroughs.