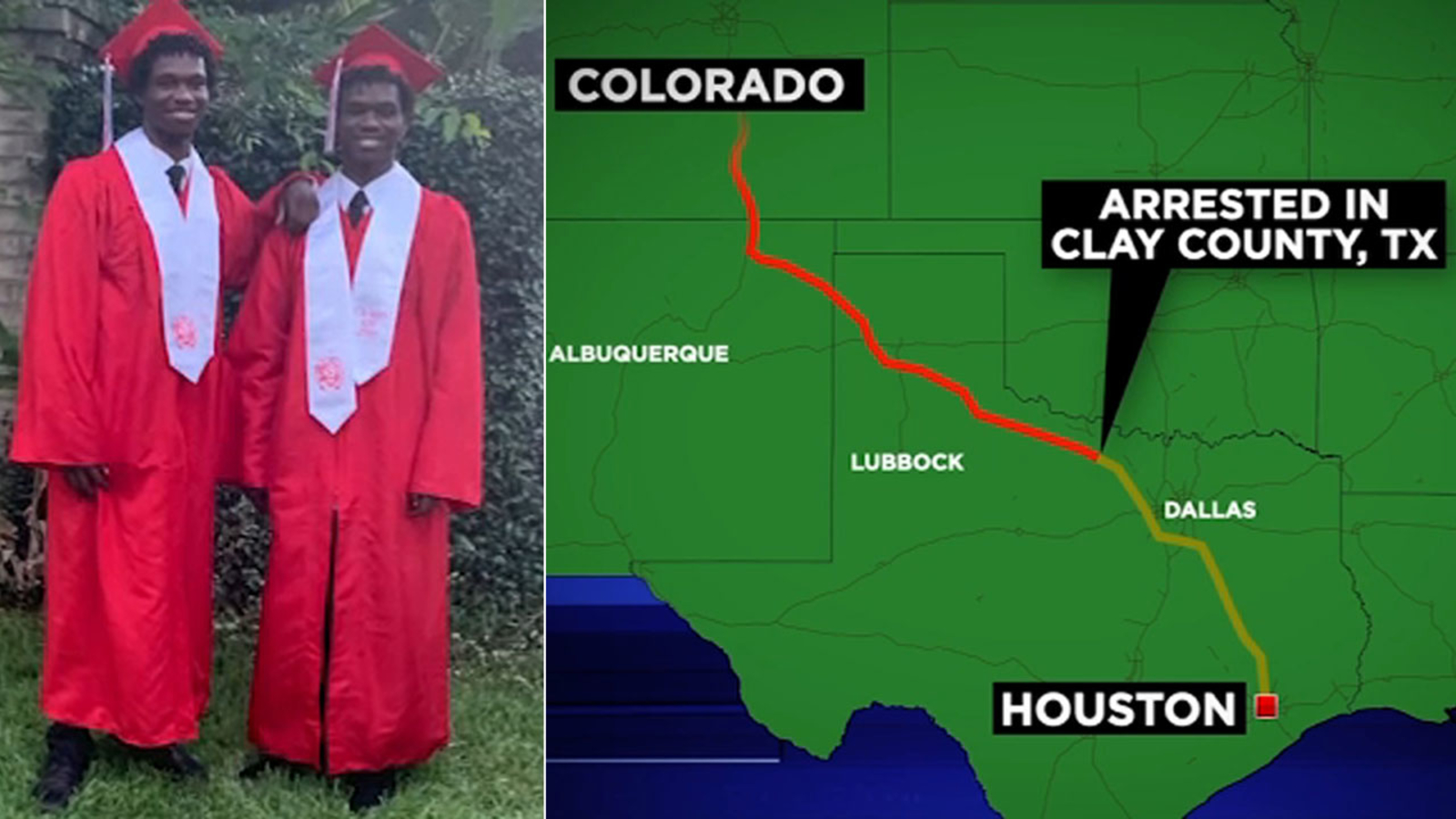 HOUSTON, Texas (KTRK) — ABC13 has obtained the arrest reports and probable cause affidavits related to the arrests of three Houston-area men charged with felony drug possession, and accused of being in possession of about 2.5 lbs. of THC edibles.

D’Andre’ Burroughs, Dante’ Burroughs, and Samuel Serrano-Griffiths, all 21, were arrested early Monday morning in Henrietta, Texas. Raquel Burroughs, the mother of twins D’Andre’ and Dante’, says her sons and their roommate went to Colorado to celebrate her sons’ birthdays and were on their way home to Houston when they were pulled over.

According to the arrest report, the deputy says they were speeding on US-287 and then changed lanes, nearly hitting the front of his patrol car.

When the deputy pulled their SUV over, according to the arrest report, the deputy says he smelled marijuana and saw in plain sight a prescription pill bottle with what he believed to be marijuana on the console above the glove box.

The report says the deputy then conducted a probable cause search of the vehicle and found THC-labeled edibles and THC marijuana containers in the spare tire compartment inside a plastic bag.

According to the deputy’s report, all three men admitted to being in possession of the drugs.

The total weight of the edibles came to 1,152 grams, or a little over 2.5 lbs. The edibles included a mix of gummies, chocolate bars, and brownies.

The Burroughs brothers and Serrano-Griffith were charged with felony possession ranging between four and 400 grams and were held on a $50,000 bond each.

Serrano-Griffiths was bonded out on Thursday.

Both Burroughs brothers remain in the Clay County Jail. ABC13 spoke with their mother who says she continues to work with a lawyer to get their bonds reduced so she will be able to put up the money to bond them out.