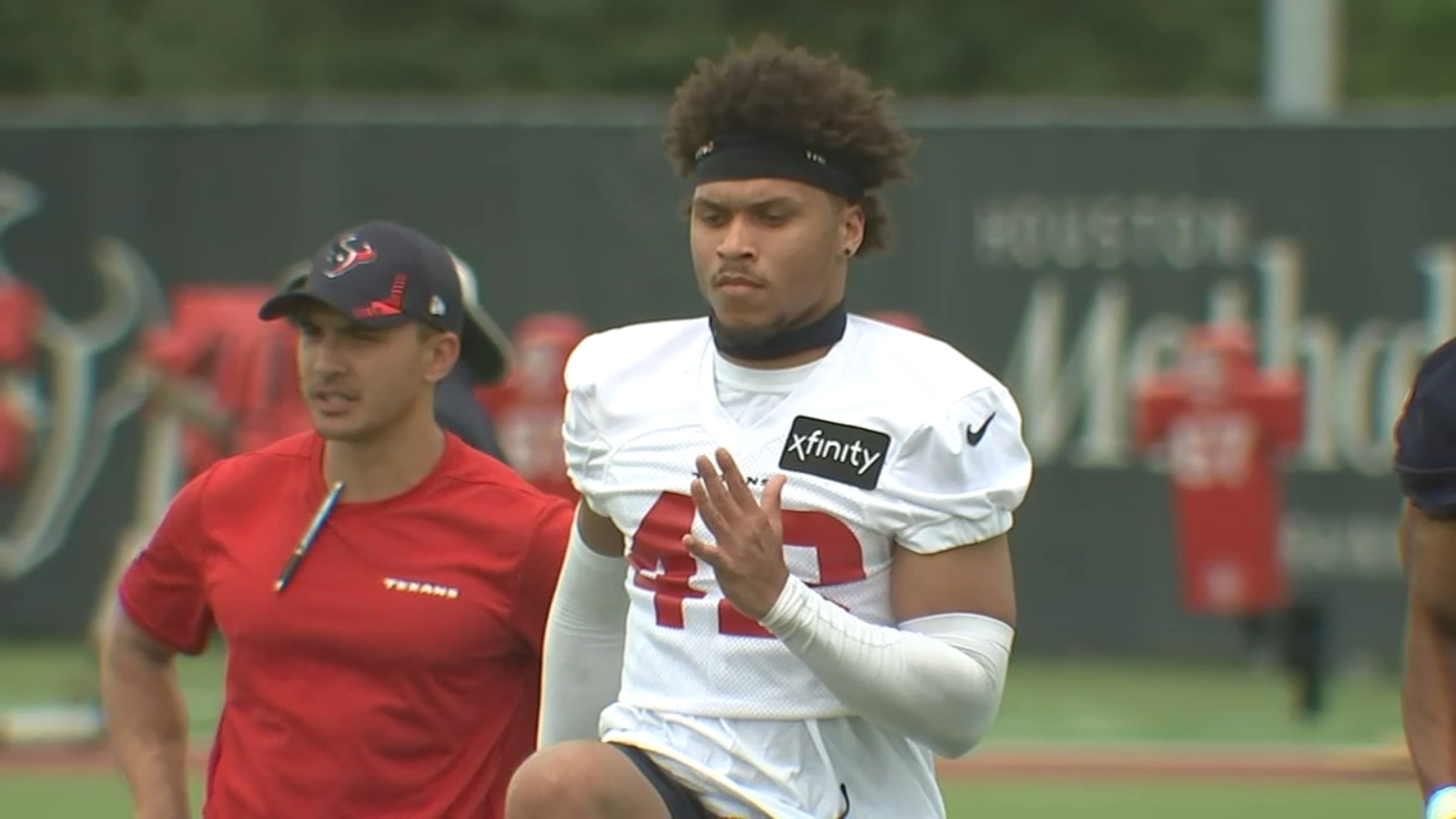 HOUSTON, Texas (KTRK) — First-year Texans head coach Lovie Smith compared his team’s three-day rookie minicamp to both an orientation and a finals week – as the young players are attempting to cram so much into the brains underneath their helmets.

“It’s like finals week into two days,” Smith told reporters Friday. “We’re trying (to get) them to cram as much information as possible.”

More than two dozen players were in attendance Friday as the Texans held their first rookie minicamp workout. Among the group: the 2022 draft class, 12 undrafted free agents and 10 players here on a tryout basis. The group of players trying out included Quartney Davis, a Langham Creek High School, and Texas A&M product.

Six of the Texans’ nine 2022 draft picks have signed their contracts – including top pick Derek Stingley Jr. A source confirms to ABC13 that Stingley signed his fully-guaranteed contract which includes a $22.3 million signing bonus.

“It’s the same mindset for me honestly,” Harris said of joining a rebuilding team. “I want to dominate every snap that I can. I think I bring that type of energy to the field. We have a lot of guys in this class for sure and guys on this team that think the same way. Collectively getting everyone on that same mindset to want to win and do whatever it takes. That’s what we did at Alabama. That’s the same thing I’m trying to do here.”

The Texans will host a rookie minicamp through Sunday before hosting a mandatory minicamp June 14 through June 16.

“When (the rookies) blend in with our veterans, they don’t want to hear about them being rookies,” Smith admitted. “We’re not going to stop, go back. The process train is taking off, so you’re just trying to catch them up as much as anything. Not just the football part, on just how we do things. I had to tell the guys exactly how to get to our practice fields. There’s an awful lot that goes into guys getting somewhere for the first time.”