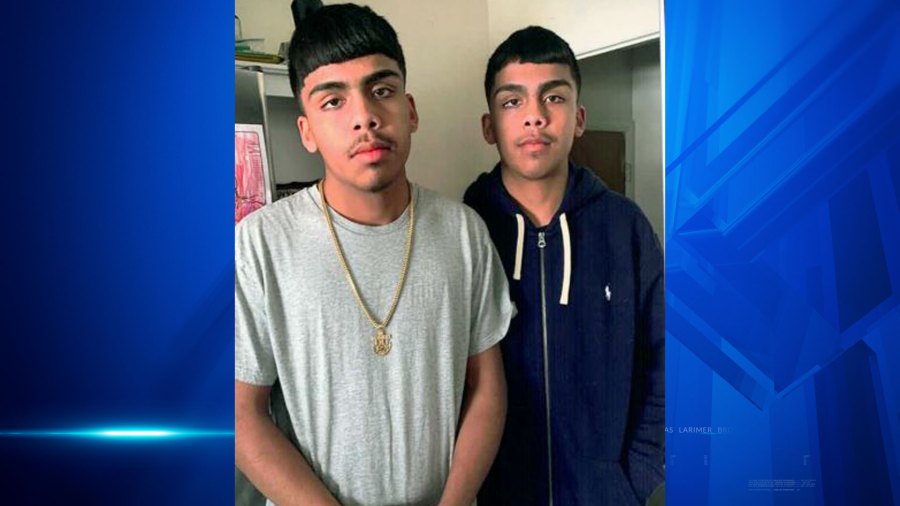 WHEAT RIDGE, Colo. (KDVR) — One of five teens, who was charged as an adult in the robbery and killing of a 16-year-old identical twin in 2020, will serve seven years in Colorado’s Youthful Offender System with the possibility of serving 21 years in the Department of Corrections prison system if he fails to complete the program.

Joshua Trujillo-Falcon was 16 when Nimiajh Pimentel, who also went by Nimiajh Sifuentes, was murdered in Wheat Ridge. Trujillo-Falcon pleaded guilty to conspiracy to commit first-degree murder and a crime of violence for his participation in the shooting death at Panorama Park.

He was sentenced last week.

Four other people who were charged in the killing are either awaiting sentencing or a jury trial. The prosecuting attorney, Bryan Cook, indicated Trujillo-Falcon’s role in the murder was smaller than the others.

“You were a coward the night you participated in my son’s murder,” Lilyana Pimentel, Nimiajh’s mother, told the defendant.

Trujillo-Falcon listened to the sentencing hearing, virtually, while the victim’s family was present in the courtroom.

“You’re even more of a coward today, for not facing us,” she said.

Pimentel called for the attorneys involved in the case to resign after learning the defendant would have an opportunity to participate in the Youthful Offender System.

“I’m disgusted and beside myself to know that this justice system has failed my family and I,” she said.

The Jefferson County District Attorney’s office would not comment on the case while more defendants are awaiting trial.

Teens Gettings Guns: How a gun used to shoot a cop went from teen to teen

The Youthful Offender System is designed for convicted criminals who were juveniles or young adults when they committed a crime. The rigorous program includes vocational and educational components.

If offenders fail to complete the program, they must serve the much longer DOC term, which is not designed to provide rehabilitative support for younger felons.

According to data provided by the Colorado Department of Corrections, five people failed the program in 2021, 12 failed in 2020 and 11 failed in 2019.

The Youth Offender System’s most recent annual report, fiscal year 2020, shows of the 1,607 offenders who completed the program since its inception through fiscal year 2020, 1,209, or 75%, “successfully discharged their sentence.”

However, 326 offenders, or 20%, “negatively terminated or had their YOS sentence revoked.”

“I’m going to be the one laughing when you didn’t make it through these seven years,” Pimentel said to Trujillo-Falcon.

Pimentel said she has suffered sleepless nights and panic attacks since her son was murdered.

“The fact that the court thinks seven years is justifiable for him participating in the murder…is sad,” said Dimaggio Sifuentes, Nimiajh’s identical twin brother. “It’s all a joke.”

Trujillo-Falcon said he did not initially plan to speak during the sentencing, but he felt compelled after listening to the grieving family.

“I do feel remorse for you guys, but I feel like you guys just want to see me fail. I do want to get back to society and change my life,” he said.

“The hand that I was dealt is not a hand that anybody can really do anything with,” he told them. “I never thought that I would even be alive to see 18, but you know, just seeing 18 is a blessing to me.”

Judge Laura Tighe repeated the defendant’s own words as she handed down the sentence and warned him he might fail if he doesn’t change his attitude and “correct himself,” as one of the victim’s family friends had begged him to do.

“You indicated…that the ‘hand I was dealt’ is not anything you can do with,” she said. “Your correction of yourself will never return a son, a brother, a grandson, a nephew, a godson or a friend. This sentence, which the court accepted the stipulation on, is undoubtedly a disappointment to the victim’s family, but it reflects the intention of this court… to correct yourself.”

Prior to the sentencing, Tighe said she reviewed photos from the criminal case and observed pictures of Trujillo-Falcon posing with a gun in different positions.

She said she was concerned about what she perceived was Trujillo-Falcon’s denial of responsibility for causing harm to the victim.

“Your indication that you did not want to ‘look like a b—h’ after this occurred also indicates denial in acceptance of your involvement,” she said.

She continued, “Is your thought process of not wanting to look like a b—h more important than another person’s life? Does your possession of the gun and wielding of a gun help you to not look like a b—h?”

Tighe suggested that Trujillo-Falcon “open yourself to change to accepting responsibility – to remorsefulness that is genuine and heartfelt — and that instead of just saying you’re very sorry for what you lost, you come around at some point to state, ‘What I did was wrong.'”

‘He was amazing,’ victim’s family says

Fewer than 24 hours before he was killed in April 2020, Nimiajh had been handing out Easter baskets to residents at a behavioral health facility where he worked with his mother.

“He was amazing. He was just so caring, so helpful,” she said.

Nimiajh had an identical twin and a younger brother.

“(The twins) just kind of grew up as each other’s best friend, and we did everything together. We went on vacation. We went hiking. We went snowboarding,” their mother remembered.

“From when he was little, I called him my right-hand man,” she said. “He was my everything. He was my other half.”

Court records show Nimiajh exchanged social media messages with other teens about meeting up and selling a gun.

According to his mother, Nimiajh didn’t own a gun, but he and his cousin decided to go to the meeting spot and bring one that his cousin’s mother had purchased for the cousin.

When they arrived, the other teens are accused of robbing Nimiajh, pistol-whipping him and shooting him in the head. The cause of death was a gunshot wound to the back of the head, according to an arrest affidavit.

Pimentel said she believes her son was killed because he would not comply with additional demands to hand over his cell phone.

The suspects who were involved are accused of taking photographs with the gun after Nimiajh’s death.