Summer Camp Slasher Comedy ‘She Came from the Woods’ Trailer

“Let’s try not to die tonight.” Mainframe Pictures has revealed an official trailer for an indie horror comedy titled She Came from the Woods, opening in limited US theaters starting in February soon. It first premiered at FrightFest last year, but didn’t hit any other fests in the fall. In this ode to ’80s slasher horror, a group of dumb camp counselors accidentally unleash a decades’ old evil on the last night of summer camp. As the mayhem and madness turn bloody, the staff of “Camp Briarbrook” are forced to confront what stories are worth telling and what secrets worth keeping. The horror comedy stars Cara Buono (from Stranger Things), William Sadler (Bill & Ted), Spencer List, Clare Foley, Michael Park, Tyler Elliot Burke, Adam Weppler, Ehad Berisha, Giselle Torres, and Dań Leahy. This looks, ahem, campy and not that scary but fun, another throwback riff on 1980s horror – there’s always more of these to watch. Have a look.

Here’s the official trailer (+ poster) for Erik Bloomquist’s She Came from the Woods, from YouTube: 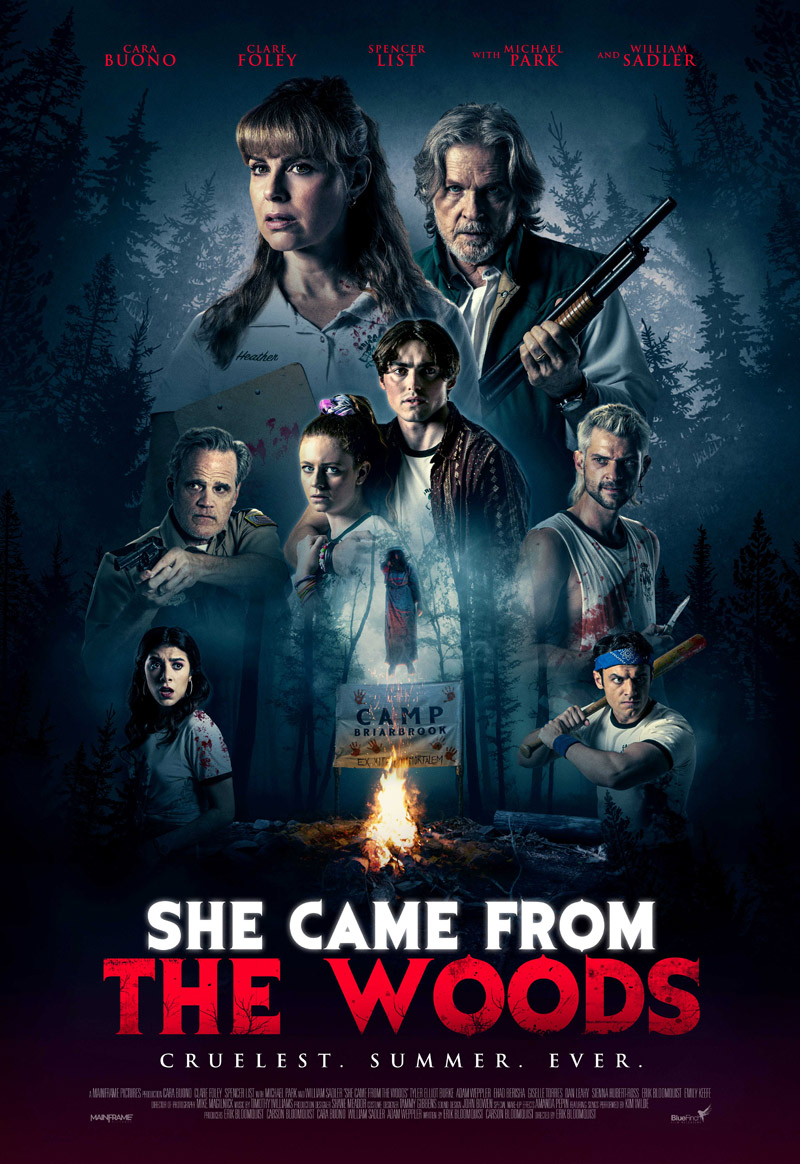 An ode to 80s slasher horror. In 1987, a group of counsellors accidentally unleash a decades’ old evil on the last night of summer camp. As the situation turns bloody, the group is forced to confront what stories are worth telling and what secrets are worth keeping. She Came from the Woods is directed by American actor / producer / filmmaker Erik Bloomquist, director of the films Long Lost, Ten Minutes to Midnight, Weekenders, Night at the Eagle Inn, and Christmas on the Carousel previously. The screenplay is written by Erik Bloomquist and Carson Bloomquist. Adapted from Erik’s own short film of the same name (from 2017). This initially premiered at FrightFest 2022 last year. Mainframe Pictures will debut Bloomquist’s She Came from the Woods in select US theaters starting on February 10th, 2023 coming soon. Who’s scared?