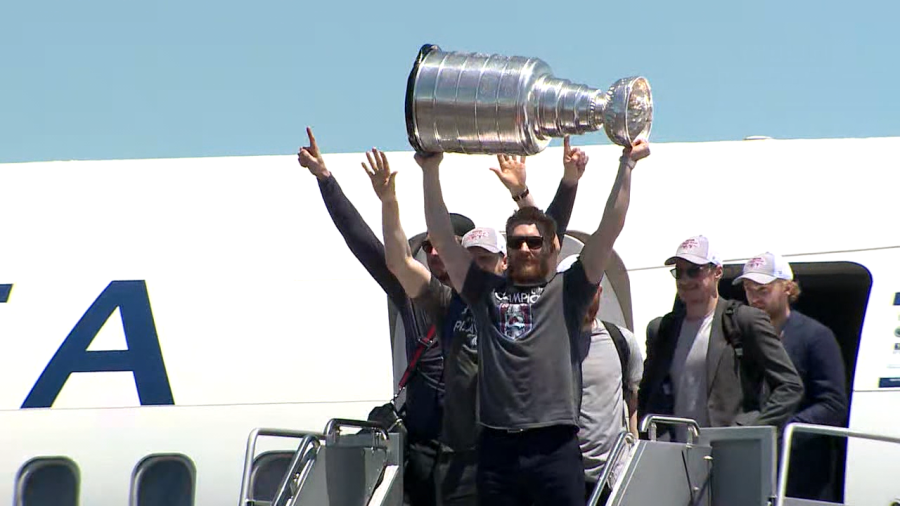 DENVER (KDVR) — The wheels hit the tarmac at Denver International Airport, and Gabe Landeskog emerged from the plane hoisting the best trophy in all of sports in the air. The Stanley Cup now calls Colorado home for the first time in more than 20 years.

The Colorado Avalanche were all smiles in their triumphant return from Tampa Bay after defeating the two-time reigning champion Lightning in Game 6 of the Stanley Cup Final.

1 arrest made during Stanley Cup celebration in Denver

During all the excitement, as the Colorado Avalanche took home the franchise’s third Stanley Cup, the trophy took a beating during the celebration.

The Avs shared the moment with first responders and DIA workers as they landed Monday afternoon. You can watch full coverage of the celebration on FOX31 NOW in the player above.