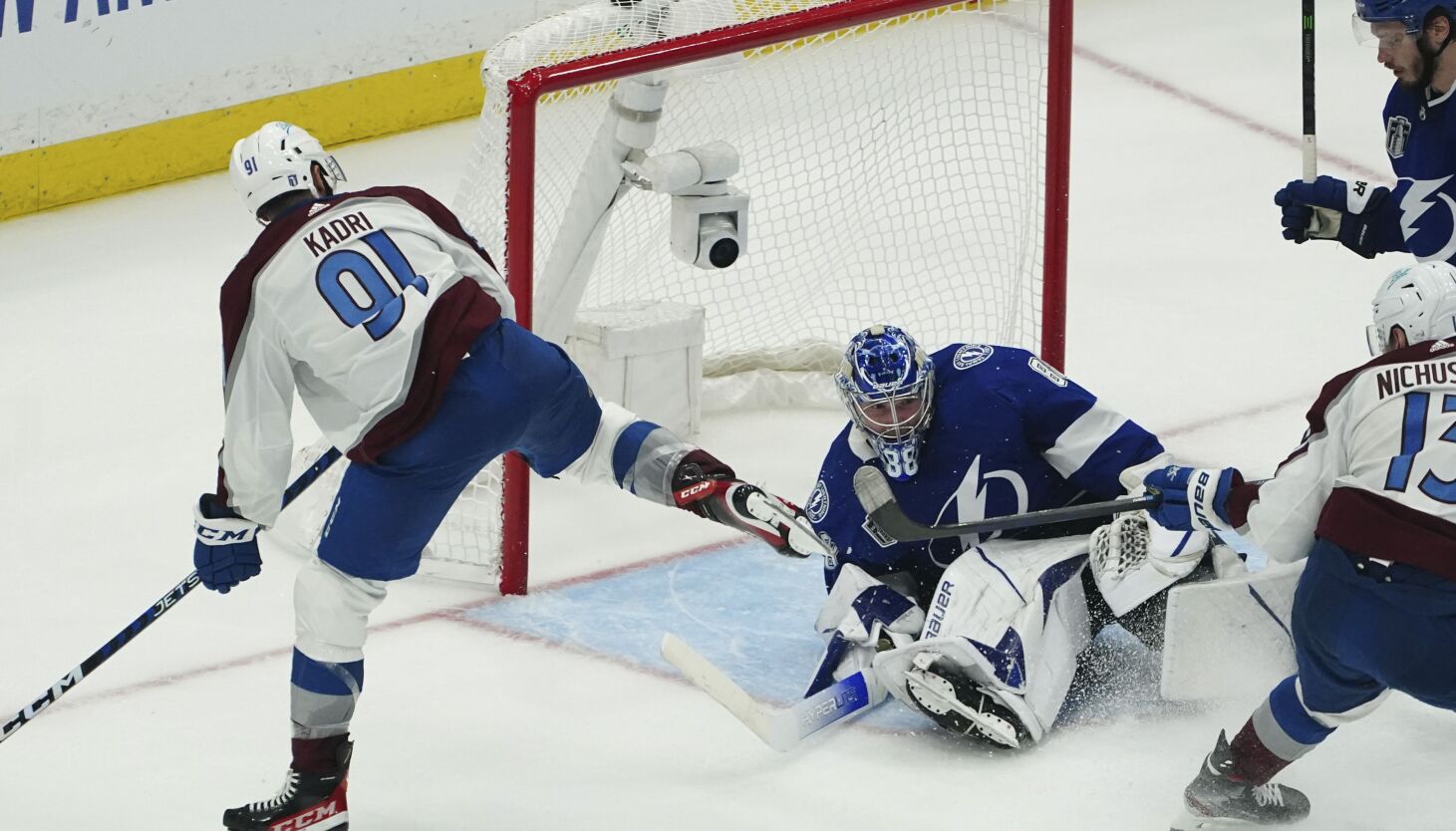 TAMPA, Fla. — Nazem Kadri scored at 12:02 of overtime and the Colorado Avalanche beat Tampa Bay 3-2 on Wednesday night in Game 4 of the Stanley Cup Final to move within a victory of dethroning the two-time defending champion Lightning.

Playing for the first time since June 4 due to a thumb injury, Kadri skated in on Andrei Vasilevskiy and slipped a shot under the goaltender’s right arm to give Colorado a 3-1 series lead.

The Avalanche outshot the Lightning 11-3 in the extra period. Vasilevskiy stopped Logan O’Connor on a breakaway, and Colorado had a shot clang off the post and another hit the crossbar before Kadri ended it.

Game 5 is Friday night in Denver, where Colorado won the first two games of the series and are 7-2 this postseason.

Anthony Cirelli scored 36 seconds into the game and Victor Hedman also scored in regulation for the Lightning. They took a 2-1 lead into the third period.

Nathan MacKinnon scored on a second-period power play for Colorado, and Andrew Cogliano tied it early in the third.

Darcy Kuemper, pulled from Game 3 after giving up five goals in a 6-2 loss, stopped 37 shots for the Avalanche.

Vasilevskiy finished with 35 saves. He has rebounded from allowing 11 goals in Games 1 and 2 to limit the high-scoring Avalanche to five the past two games.

The Lightning are trying to become the first team to win at least three straight Stanley Cup titles since the New York Islanders won four in a row from 1980-83. The Avalanche last hoisted the Cup in 2001.