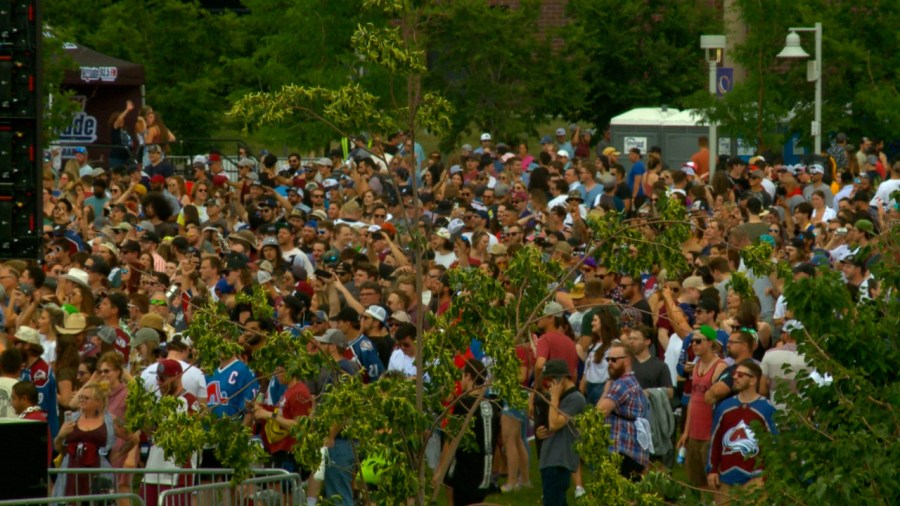 DENVER (KDVR) – As the Colorado Avalanche prepares for Game 6 of the Stanley Cup Final, many people are scrambling for a place to watch the game since the free watch party at Tivoli Quad was canceled.

The organized event that usually draws a crowd of over 10,000 people is canceled due to several factors.

Additionally, they cited other events that would be happening simultaneously around the city, previous security breaches, and inclement weather as the reason for the cancelation.

“It’s Denver and this is Avs territory,” Danny Imhoff declared. “We’ve got hockey paraphernalia for everything around this place.”

Danny Imhoff bartends at Sobo 151 Bar & Grill, which is a Czech-owned Denver sports business that sits along South Broadway.

Lightning look to even up series with Avalanche in Game 6

“We have the cowbell with the drumstick that we use to rally up everybody and get everybody going,” Imhoff said.

Workers at Sobo 151 said they’re working on putting up more televisions, including on their back patio, to boost capacity.

“I basically considered Friday a holiday because I thought that we were gonna win. So we got here at four. We got the last table that we could set out it was outside of a Friday. So, I think that if you’re coming to watch the game, you should come early no matter where you go,” Shelbie Malinski said.

On Friday for Game 5, the bar reached capacity well before puck drop. Now, the staff is encouraging fans who want a table to arrive early. Sunday, some fans were already saving their spot shortly after the bar opened at 11 a.m.

Those at Sobo 151 said they will cut off capacity if it gets that full, they’ll have a limited menu and are not doing to-go orders on game night.

“If we get to capacity. It’s just I’m sorry, but we can’t have the fire department coming in during one of the busiest days for these games,” Imhoff explained. “We just don’t want too many people. We want people to be able to enjoy themselves. It’s all about having fun.”

Because overall safety comes first, they will not allow any nonsense to take place inside and will not hesitate to kick people out.

“It’s gonna get rowdy in a good way. There won’t be any stupid, no fighting, nothing like that and if you do that, you’re going to find your way sitting at home watching the game,” Imhoff said.

Denver Police stand by their safety plan from Game 5:

“While this is an exciting time for the Mile High City, as seen in past championship wins, the positive experience of the win, can quickly become negative when celebrations turn to destruction. Fans are asked to celebrate in a controlled manner and not tarnish the team’s accomplishments with illegal acts.”