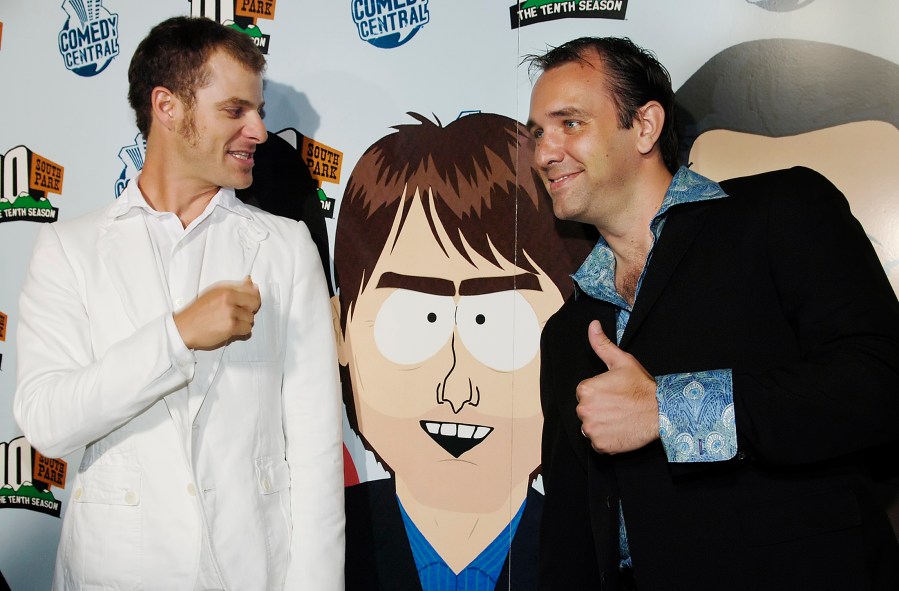 DENVER (KDVR) — The state’s, and arguably the country’s, foremost adult cartoon creators have repeatedly made working outside of their comfort zone look a breezy affair, and this past Sunday, they stuck what many are saying is another perfect landing in a previously unexplored medium.

The giggle-inducing pair of cheer-spreaders, known the world over as the legendary South Park creators Matt Stone and Trey Parker, recently carved out their own piece of the fine diving/dining scene when they rescued one of their former targets of ribbing, Casa Bonita.

Additionally, they let fictional characters from their Comedy Central show fill the crowd-sized void in Empower Field that formed during the pandemic when fans were barred from attending Broncos games.

Now, following the release of a heavily anticipated music video from Kendrick Lamar, for which viewer discretion is advised, the duo finds themselves smack dab in the middle of the ever-evolving discussion that surrounds the controversial technology called “deepfake.”

Deepfake and the origins of Deep Voodoo

Deepfake content is that which has been synthetically created with the help of artificial intelligence, resulting in an artificial audio recording, video recording or image, usually of a person’s likeness.

For the most part, this type of editing technology initially reared its head in the world of adult film entertainment and has since seeped into the worlds of music and television. It’s even moved into the delicate realm of global politics, with a fake video that shows Ukrainian President Volodymyr Zelenskyy calling on his troops to surrender getting heavy circulation.

This tool, which by design lends itself easily to the whim of those who target hypocritical figures, attracted the focus of the two Colorado-born trendsetters, and they launched Deep Voodoo.

The movie failed to grab staggering numbers by YouTube’s standards, but regardless, Deep Voodoo’s first release was a promising sign from the new company.

Leading up to last Sunday, the Compton-bred Lamar teamed up with the small mountain town boys to create his fifth installment of The Heart Part series. In the video, the Grammy Award-winning artist’s face morphs into several pivotally influential and arguably controversial Black figures, including O.J. Simpson, Jussie Smollett, Will Smith, Kobe Bryant, Kanye West and Kendrick’s Californian colleague, Nipsey Hussle, who was gunned down in March 2019.

The deepfake rendering, coupled with the correlative topics Kendrick touched indirectly on, highlighted the controversies that each of the individuals he morphed into had either gone through, are currently in the process of dealing with or had passed on and left behind in their wake. The plot paired supportively with the soulful underlying sampling of Marvin Gaye’s “I Want You” from 1976.

Lamar has another project in the works with Stone and Parker. In early January, he announced his plan to work alongside them in a live-action comedy that will be produced by his pgLang company and distributed by Paramount Pictures.

Further down the line in August of this year, Trey Parker and Matt Stone will be celebrating their flagship show’s 25th Anniversary at Red Rocks Amphitheater without Kendrick’s help, but attendees of the quarter-century celebration will be graced with performances from both Primus and Ween.

Kendrick Lamar’s long-awaited album, Mr. Morale & the Big Steppers, comes out on Friday and can be listened to wherever you stream music.