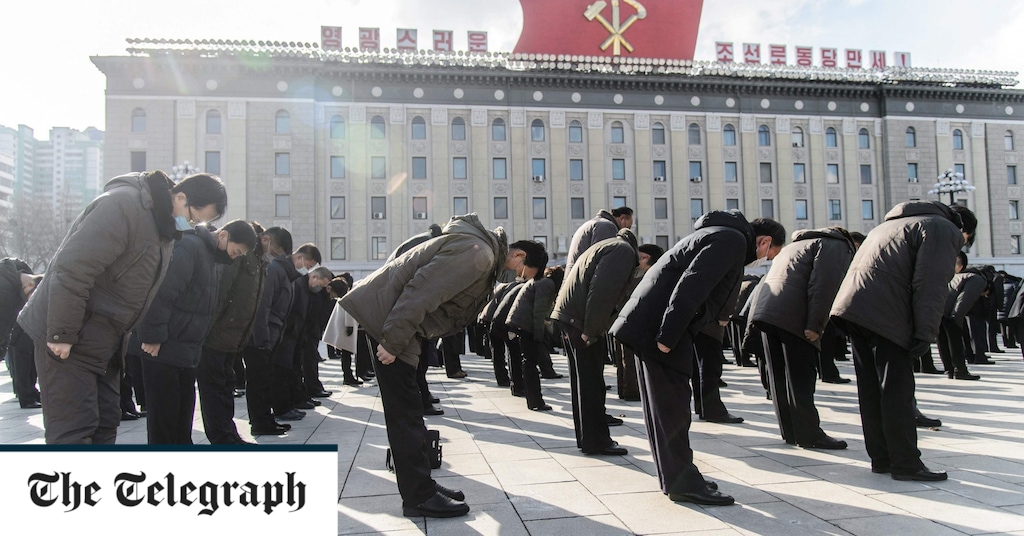 North Korean officials are demanding handwriting samples from thousands of Pyongyang residents after graffiti appeared insulting supreme leader Kim Jong-un, a rare sign of discontent among the elite in the capital.

The message “Kim Jong-un, you son of a b—-. The people are starving to death because of you” was daubed on the wall of an apartment in the relatively upmarket Pyongchon district on December 22, according to the Daily NK news site.

At the time, a key meeting of the ruling Workers’ Party of Korea was being held. Local authorities were quick to respond, cordoning off the area and erasing the message, but not before some people reported it to Daily NK.

Operated by dissidents and defectors, the Seoul-based media outlet has a network of undercover “citizen reporters” in North Korea and China.

The sources said that officers had since been going door-to-door in nearby apartment blocks and businesses to take handwriting samples and question locals about their movements on the day the message appeared.

Thousands of cameras have been installed throughout the city since Kim came to power in 2011 and officers will likely also be inspecting footage from those, according to the report.

A winter of discontent

The graffiti comes as the impoverished country is facing a serious food crisis amid border closures related to the Covid-19 pandemic and severe flooding in recent years. The UN’s Food and Agriculture Organisation has estimated North Korea is short 860,000 tonnes of produce this year alone, the equivalent to approximately 2.3 months of food.

Residents are now even reporting shortages of cooking oil, Radio Free Asia reported on Monday, with prices for the limited supply that is available rising four-fold.

By law, any criticism of the Kim family or the party is forbidden. Anyone suspected of finding fault with the regime can be accused of sedition or crimes against the state, for which the punishment is usually a lengthy spell in one of the nation’s notorious camps for political prisoners. In extreme cases, it can result in a death sentence.

As a result, anti-Kim graffiti is rare and while there have been sporadic cases of slogans attacking the leadership in some of the more remote parts of North Korea, such messages are highly unusual in Pyongyang, where only the elite are permitted to live.

The last-known example was in March 2018, when a colonel was publicly executed after being found guilty of writing slogans on the April 24 House of Culture, in central Pyongyang.

But increasingly, even the capital’s wealthiest are experiencing shortages of food, medicine, and fuel to heat their homes during the bitter winter months, said Toshimitsu Shigemura, a professor at Tokyo’s Waseda University and the author of a number of books on the Kim dynasty.

Even Kim himself is looking visibly slimmer, fanning rumours that he is having health issues. 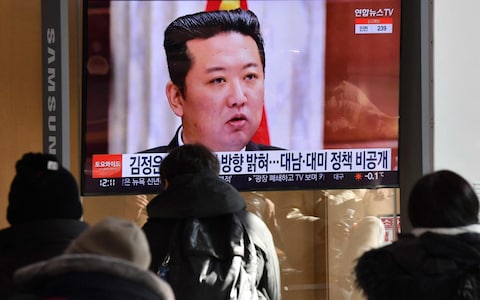 “To have a message such as this appear on a wall in Pyongyang will have been a shock to the authorities and to ordinary people,” Mr Shigemura told The Telegraph.

“It is expected that the people there are loyal because their lives are better than those elsewhere, so the authorities will be worried that the elite are unhappy. I think a lot of people who saw the graffiti will have agreed with it, but they would have been too scared to say so out loud.”

Separately, it has emerged that a North Korean defector who re-defected back home over the weekend was struggling to get by in the South.

The gymnast reportedly climbed back over the heavily fortified border fence after only a year of freedom in the democratic country. He was “barely scraping a living” working as a janitor in Seoul, according to a South Korean military official.