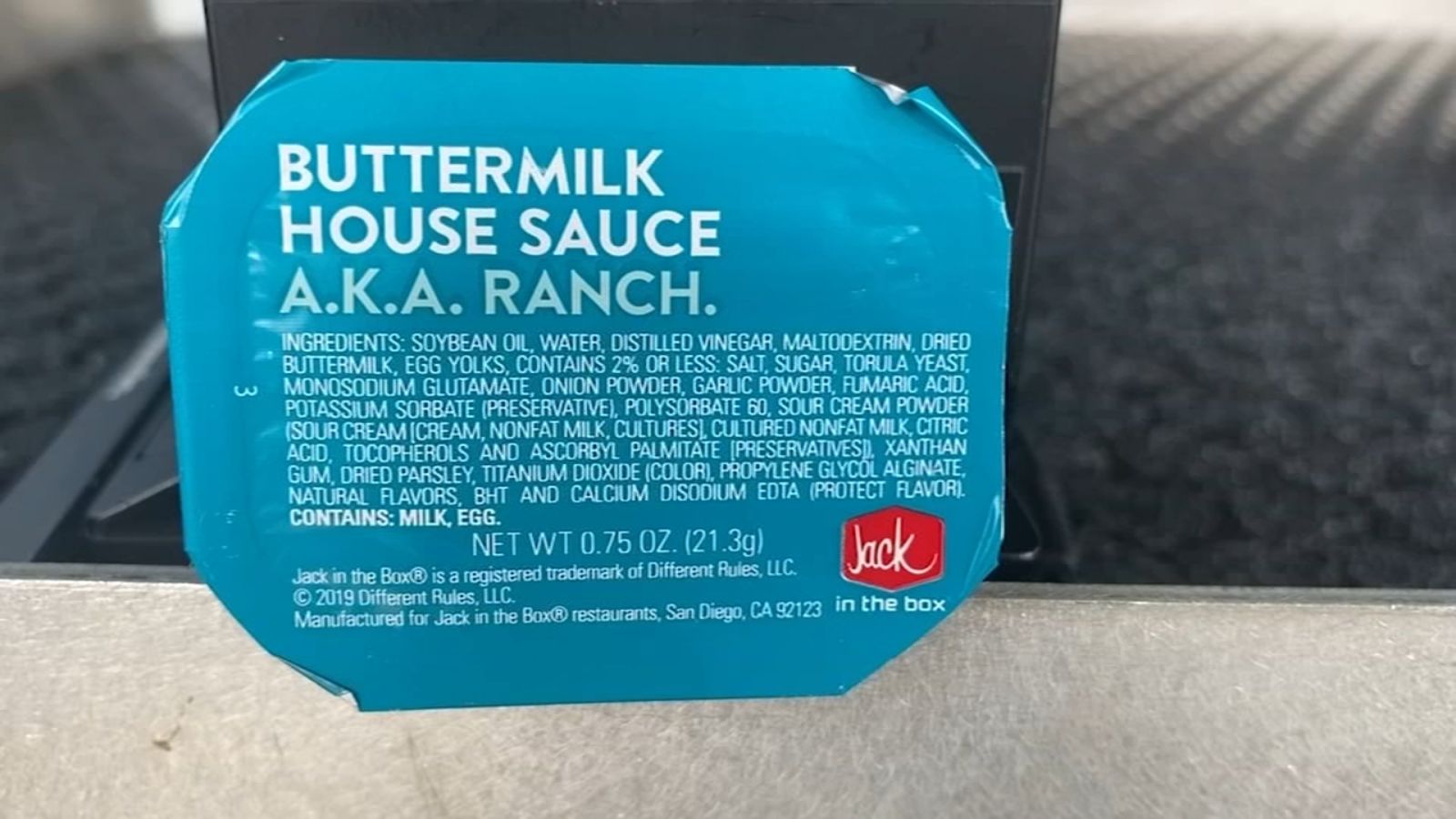 HARRIS COUNTY, Texas (KTRK) — A 19-year-old Jack in the Box employee is recovering from a gunshot wound that stemmed from an argument over dipping sauce.

Alexander Villanueva was shot in the hand after a dispute escalated in the drive-thru of a Jack in the Box on Aldine Mail Route Road on Thursday evening.

At about 10:30 p.m., The Harris County Sheriff’s Office responded to the scene.

Deputies said a customer was in the drive-thru line picking up their meal when they became upset about being charged for extra buttermilk ranch dipping sauce.

That’s when an argument ensued.

Villanueva said he had just clocked out for the night when the customer pulled around to the front of the restaurant, where he was waiting for his ride.

“I was like, ‘Why are they trying to get beef with me? I had nothing to do with it,'” said Villanueva.

The 19-year-old is in pain and wearing a splint after being shot in the hand.

Villanueva said the car with several women inside were staring at him, so he stared back at them.

“I’m not trying to cause trouble in front of my job premises, you know? So, I told them to go to the side, and then as soon as they were on the side, they were trying to run me over!” said Villanueva.

Villanueva said he threw his drink at the women’s car as they drove off and eventually made a U-turn back into the parking lot.

“As soon as I saw, they were trying to get back to me to run over me again. I threw my food (at their car),” he said.

Villanueva admits that he did not exactly try to diffuse the situation even after Jack in the Box employees saw one of the women waving a gun.

“If you’re going to pull it (the gun) out. Pull it out. Shoot me. I’m not scared to die. Then she pulled the trigger the first time, and nothing came out,” said Villanueva.

The teen went on to say that he saw a woman in the passenger seat loading a gun.

“She pulled the gun, struck my hand. That’s when I ran to the other side,” said Villanueva.

Villanueva said he went to the hospital because the bullet went through his hand and shattered his middle finger. He stayed overnight and will be put into a cast for two to four weeks.

Deputies have issued a to-be-warrant on the driver who is on the run on Monday.

“They (the suspects) are complete idiots. I’m just hoping that the police do their job,” said Villanueva.