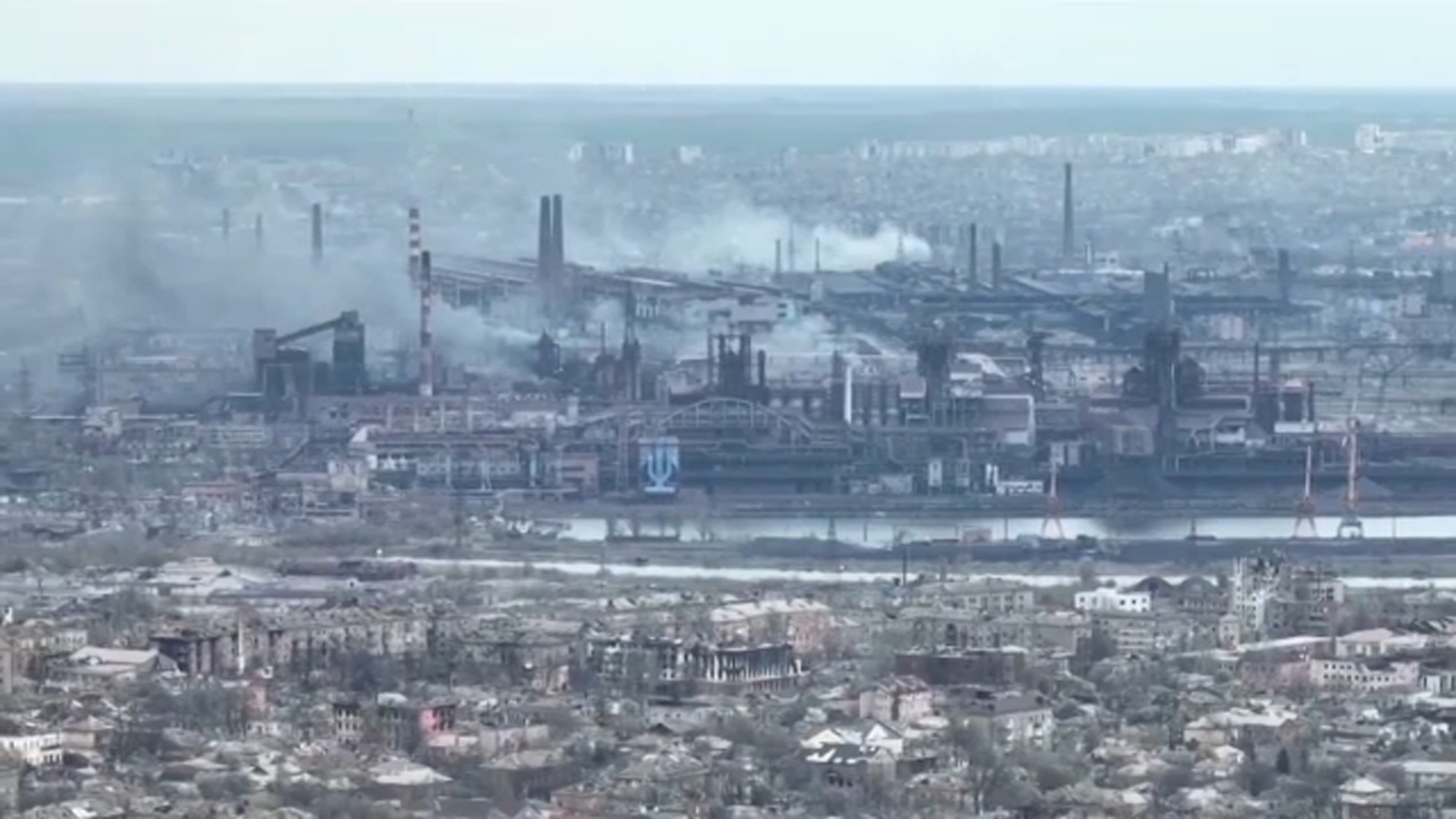 POKROVSK, Ukraine — Russia opened a new front in its war in Ukraine on Wednesday, cutting two European Union nations that staunchly back Kyiv off from its gas, a dramatic escalation in the conflict that is increasingly becoming a wider battle with the West.

One day after the United States and other Western allies vowed to speed more and better military supplies to Ukraine, the Kremlin upped the ante, using its most essential export as leverage. European gas prices shot up on the news, which European leaders denounced as “blackmail.”

In a memo, state-controlled Russian giant Gazprom said it was cutting Poland and Bulgaria off from its natural gas because they refused to pay in Russian rubles, as President Vladimir Putin had demanded. The company said it had not received any such payment since the beginning of the month.

The gas cuts do not immediately put the countries into dire trouble since they have worked on getting alternative sources for several years now and the continent is heading into summer, making gas not as essential for households.

Still, it sent shivers of worry through the 27-nation European Union, which immediately convened a special coordination group to limit the impact of the move.

On the ground too, the geopolitical fight intensified, with the Russian military claiming Wednesday that its missiles hit a batch of weapons that the U.S. and European nations delivered to Ukraine.

A day earlier, explosions rocked the separatist region of Trans-Dniester in neighboring Moldova, knocking out two powerful radio antennas and raising fears the war could spill over Ukraine’s borders. No one claimed responsibility for the attacks – the second in as many days – but Ukraine all but blamed Russia.

Just across the border in Russia, an ammunition depot in the Belgorod region was burning early Wednesday after several explosions were heard, the governor, Vyacheslav Gladkov, said on the messaging app Telegram.

Gazprom’s decision to cut gas to two European countries was another dark turn in the war, which has revived the geopolitical rifts of the Cold War, and it had an immediate impact. European gas prices spiked 25%, with benchmark Dutch futures jumping from around 100 euros per megawatt hour to around 125 euros.

Fatih Birol, the executive director of the Paris-based International Energy Agency, called the move a “weaponization of energy supplies” in a tweet.

“Gazprom’s move to completely shut off gas supplies to Poland is yet another sign of Russia’s politicization of existing agreements & will only accelerate European efforts to move away from Russian energy supplies,” he wrote.

EU Commission President Ursula von der Leyen called the move “yet another attempt by Russia to use gas as an instrument of blackmail.”

Bulgarian Prime Minister Kiril Petkov also called the suspension of gas deliveries blackmail and said it was “a gross violation of their contract.”

“We will not succumb to such a racket,” he added.

The stoppage marked “an historical turning point in the bilateral energy relationship” between Russia and Europe, said Simone Tagliapietra, senior fellow at the Bruegel think tank in Brussels.

On Tuesday, the U.S. defense chief urged Ukraine’s allies to “move at the speed of war” to get more and heavier weapons to Kyiv as Russian forces rained fire on eastern and southern Ukraine.

Poland, a historical rival of Russia, has been a major gateway for the delivery of weapons to Ukraine and confirmed this week that it is sending the country tanks. It said it was well prepared for Wednesday’s gas cutoff.

Bulgaria gets over 90% of its gas from Russia, and officials said they were working to find other sources, such as from Azerbaijan.

Both countries had refused Russia’s demands that they pay in rubles, as have almost all of Russia’s gas customers in Europe.

U.S. Defense Secretary Lloyd Austin convened a meeting Tuesday of officials from about 40 countries at the U.S. air base at Ramstein, Germany, and said more help is on the way.

“We’ve got to move at the speed of war,” Austin said.

After unexpectedly fierce resistance by Ukrainian forces thwarted Russia’s attempt to take Ukraine’s capital, Moscow now says its focus is the capture of the Donbas, the mostly Russian-speaking industrial area in eastern Ukraine.

In the gutted southern port city of Mariupol, authorities said Russian forces hit the Azovstal steel plant with 35 airstrikes over 24 hours. The plant is the last known stronghold of Ukrainian fighters in the city. About 1,000 civilians were said to be taking shelter there with an estimated 2,000 Ukrainian defenders.

Petro Andryushchenko, an adviser to Mariupol’s mayor, said Russia was using heavy bunker bombs. He also accused Russian forces of shelling a route they had offered as an escape corridor from the steel mill.

Ukraine also said Russian forces shelled Kharkiv, the country’s second-largest city, which lies outside the Donbas but is seen as key to Russia’s apparent bid to encircle Ukrainian troops in that region.

Ukrainian forces struck back in the Kherson region in the south.

The attack Tuesday on the bridge near Odesa – along with a series of strikes on key railroad stations a day earlier – appeared to signal a major shift in Russia’s approach. Until now, Moscow has spared strategic bridges, perhaps in hopes of keeping them for its own use in seizing Ukraine. But now it seems to be trying to thwart Ukraine’s efforts to move troops and supplies.

The southern Ukraine coastline and Moldova have been on edge since a senior Russian military officer said last week that the Kremlin’s goal is to secure not just eastern Ukraine but the entire south, so as to open the way to Trans-Dniester, a long, narrow strip of land with about 470,000 people along the Ukrainian border where about 1,500 Russian troops are based.

It was not clear who was behind the blasts in Trans-Dniester, but the attacks gave rise to fears that Russia is stirring up trouble so as to create a pretext to either invade Trans-Dniester or use the region as another launching point to attack Ukraine.