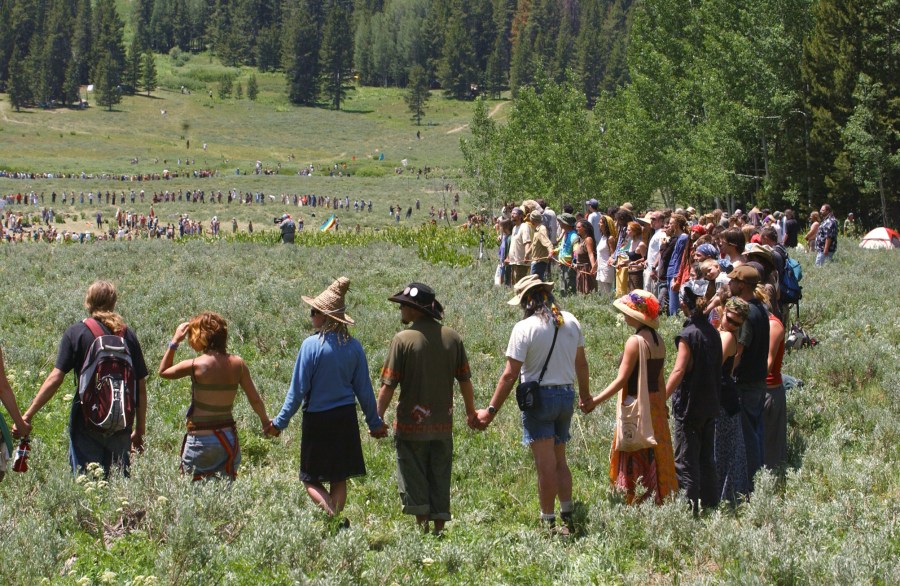 STEAMBOAT SPRINGS, Colo. (KDVR) – The first week of July looks likely to be a busy one for those Forest Service workers stationed up in the Adams Park area of Routt County.

That can be attributed mainly to the arrival of what is expected to be roughly 10,000 visitors, all of which are members of the Rainbow Family of Living Light, a group known for its annual gathering in vaious national forests.

According to the USDA Forest Service, 2006 was the last time the nature-embracing group held its month-long celebration in Routt National Forest, which included members setting up a large camp in the Big Red Park Area that sits north of Steamboat Springs.

Now, the gathering is returning to the region where members will once again celebrate their yearly tradition, all while worrying park officials.

Additional Colorado history attached to the group includes a string of stabbings that occurred during the 2014 gathering that took place in Red Feather Lakes, Colorado.

9 ways to prepare for a wildfire in your neighborhood

“We understand there are concerns about the impacts to nearby communities, businesses and our neighbors,” Forest Supervisor for the Medicine Bow-Routt National Forests and Thunder Basin National Grassland Russ Bacon said. “We have already begun working with our partners to minimize any negative effects to local communities and the environment as much as possible.”

This area of the incident is not an unexplored avenue for the USDA Forest Service, and as a result of the gathering’s encroaching arrival, they’ve deployed their national incident management team which carries expertise in handling these types of events.

1 person killed in rollover at Lair o’ the Bear Park

According to the Forest Service, members of the Rainbow Family do not habitually sign up for camping permits. And, when asked who the leader is among the group, officials have been told that there is not one. Ticket citing is not enough to manage the group, so the Forest Service designed a protection plan for all delicate forest resources, keeping long-lasting damage to a minimum. The plan also outlines how the subsequent clean-up project will be handled.

So, if you’re planning to head out to the region surrounding the Rainbow Family Gathering during the Fourth of July week, then be prepared to potentially bump into some members from the gathering and see the huge uptick in traffic they are likely to bring to your holiday week.