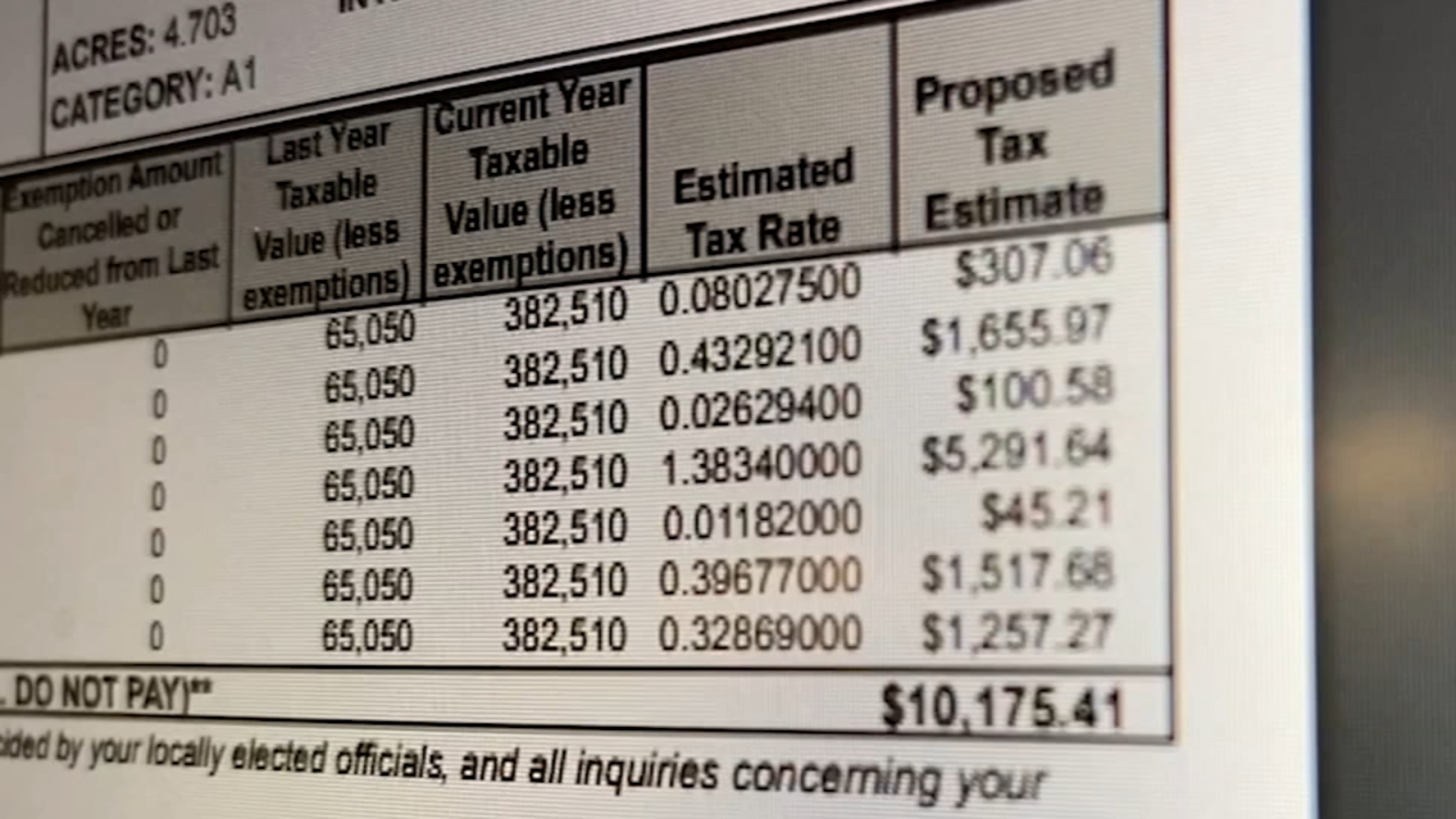 “I was mostly just in shock,” Nash said. “I called a number of people that I know around here and they were already in shock. They had gotten their bills before me.”

“As unfair as the blow may be, we can sustain the blow,” Nash explained. “People that are not going to be able to sustain the blow are the people who work hard and try to earn a small piece of land here.”

“In my almost 40 years, I have never seen such massive increases in market values,” Altinger said.

According to Altinger, 95% of the county is seeing an increase in their property valuation by an average of 20%

Harris County is the largest appraisal district in the United States, meaning they cannot value each property individually.

Instead, a mass appraisal is used, in which groups like properties use data and statistical analysis to determine the valuations.

Nash is in the process of protesting his property value and said he is hopeful but does not expect it to happen.

“We are not seeing as much movement as we would like, to put it mildly,” Sam Pack, a property tax consultant with Rainbolt and Co., said.

With the shocking increases to tax bills comes an increase in unhappy property owners seeking help from Rainbolt and Co. to protest their valuations.

Pack said they have heard some people say they will not be able to afford the increase in taxes.

“It’s just an unfortunate situation for a lot of people,” Pack said.

The challenge they face when fighting to lower the value is the difference between the appraised value and the market value. The appraised value considers homestead exemptions, which cap the increase at 10% yearly.

That determines how much a homeowner pays in taxes. Market values are determined by the amount the home could sell. In many cases, those numbers are different because of the housing boom.

To save clients money, Pack and his colleagues have to get the market value down past the appraised value before there are savings.

Pack anticipates that 2023 tax bills will look drastically different with the change in interest rates.

“The odds that it will come down and not stay on this trajectory is 100% because it is already coming down,” Pack said.

The deadline to appeal has expired.