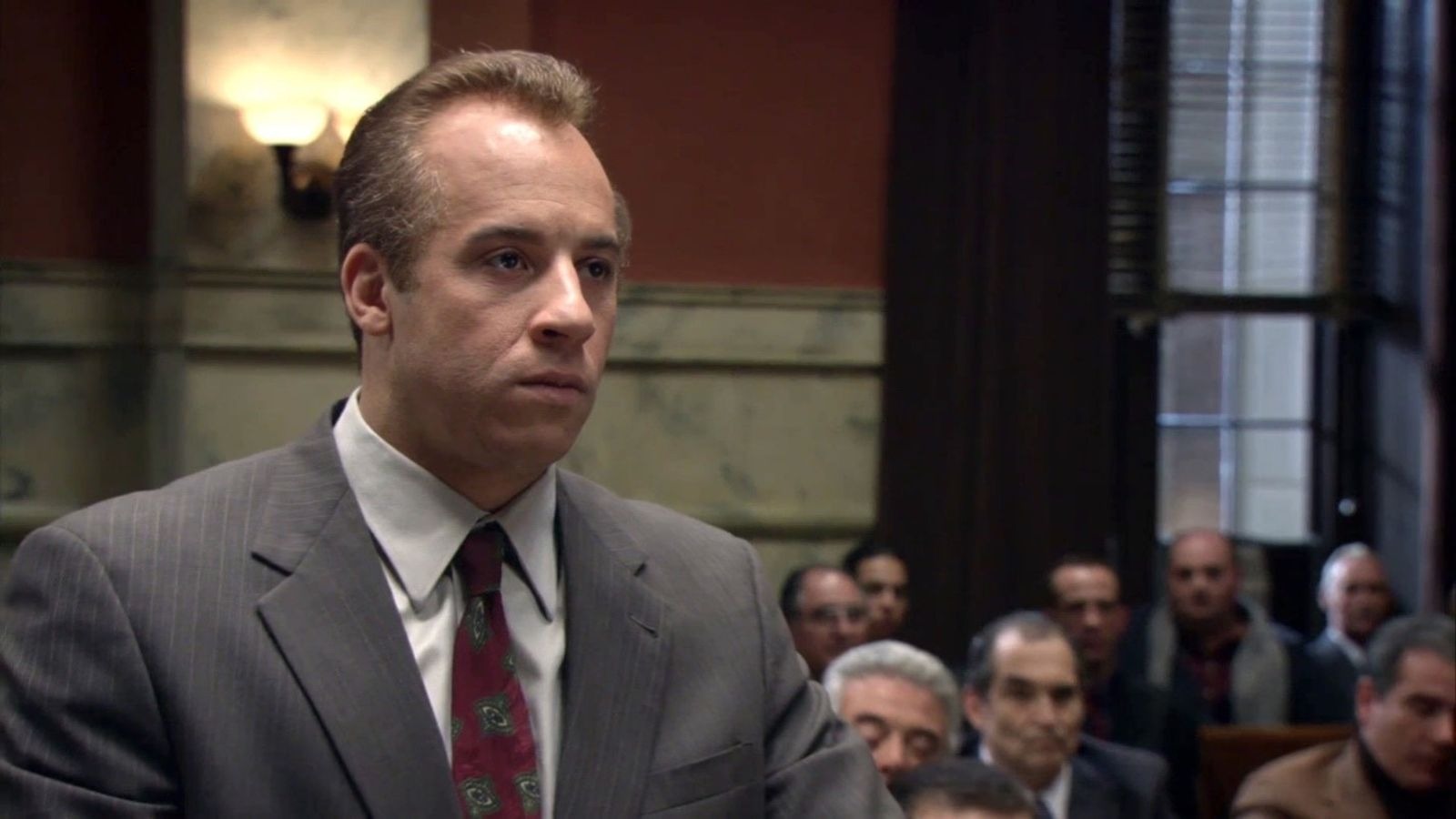 If I were an actor, it would be no easy task for my agent to convince me to play a mobster. What if the mafia doesn’t approve of the film for exposing too much of their criminal activities? Or what if he’s disgusted by my portrayal of him? Now I have to spend the rest of my life looking over my shoulder, waiting for a guy named “Fat Tony” to whack me. Maybe I’m thinking too hard about this. Luckily for Vin Diesel, “Jackie” DiNorscio approved of “Find Me Guilty” — and don’t forget, he personally wanted the “XXX” star to play him. I mean, when a mobster handpicks you for the job, isn’t that an offer you really can’t refuse?

Anyway, Diesel focused on turning himself into DiNorscio. He told MovieWeb he studied footage of the mafioso to copy his accent, mannerisms, and other characteristics. Because DiNorscio was on the heavier side with a pot belly, the action star known for being in tip-top shape even packed on some extra pounds, even though Lumet was prepared to put him in a prosthetic bodysuit. Diesel felt the suit would hinder his ability to mimic DiNorscio effectively, so he pigged out on ice cream instead, eating a quart a day, an experience he said he actually enjoyed. He and Sidney Lumet then arranged for him to wear his “Jackie” DiNorscio makeup complete with the reddish-brown wig during table readings of the script so that the cast would see him as DiNorscio, not Vin Diesel; I would like to emphasize that he showed up in full costume for table readings. In the voice of Allen Iverson: we’re talking about table readings, not the actual production … but table readings.