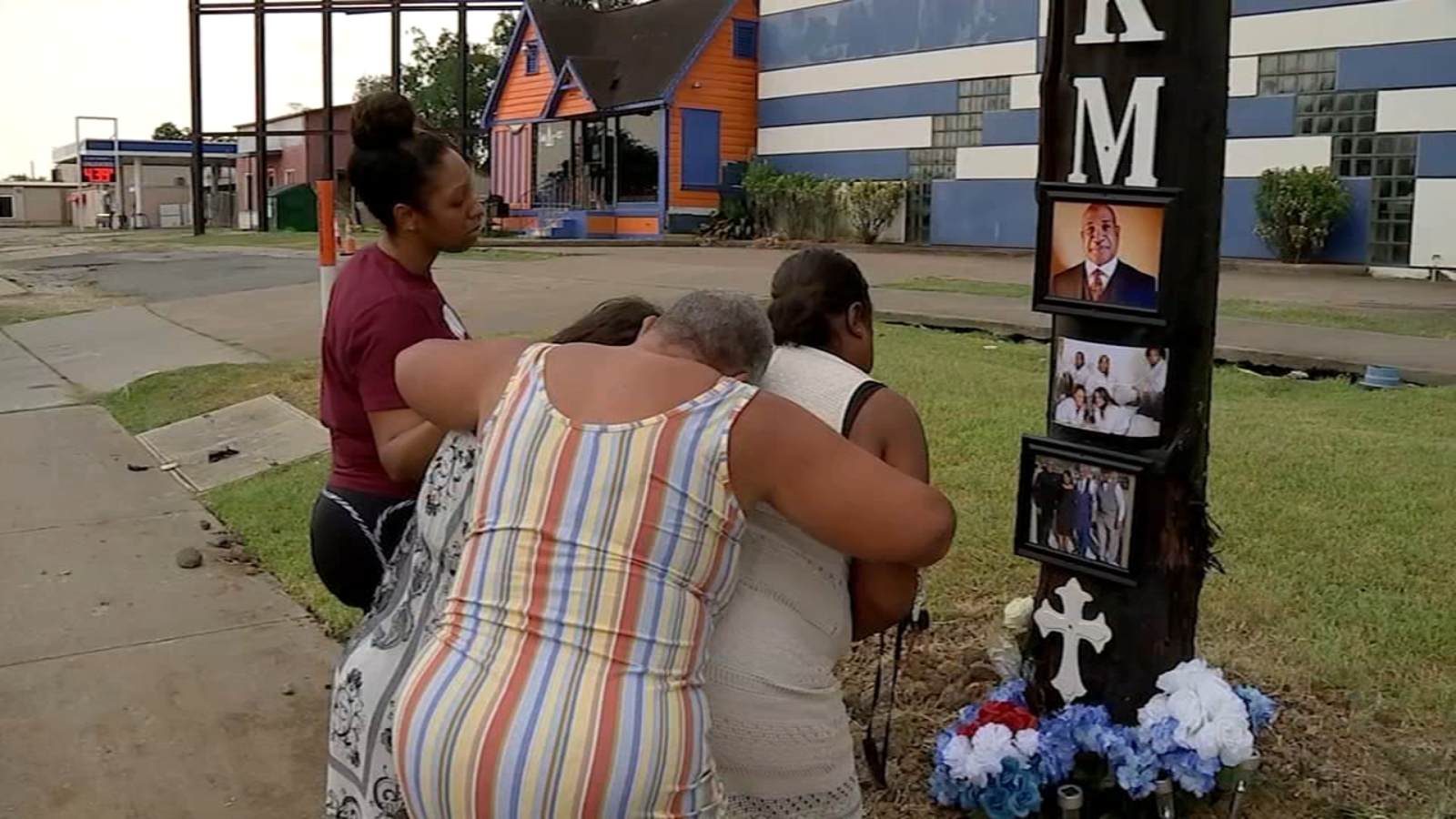 HOUSTON, Texas (KTRK) — Family members have identified a beloved pastor as the victim of a possible road rage incident on Friday afternoon.

Reverend Dr. Ronald K. Mouton was a senior pastor at the East Bethel Missionary Baptist Church for more than 30 years, according to family members.

At about 5 p.m., the pastor was shot and killed at 6400 Gulf Freeway on the feeder road at Gould Street, just minutes from the church.

According to witnesses, it is believed Mouton was involved in a road rage dispute with a suspect driving a black sedan.

Mouton leaves behind a wife, four children, and 10 grandchildren. The family set up a memorial at the crash site. Current and former church members showed up throughout the day to pay their respects in disbelief over the senseless violence.

“He was such a wonderful man,” Sonja Gilmore-King said. “He was a man of God. He loved family, his church, and this community. I had to come over to see, was it true? I couldn’t believe a man of God who loves so hard was taken away from us. We can’t believe it because this man would give you anything, the shirt off his back literally, and for this to happen to him, none of this could believe it.”

Surveillance video captured by Pusch and Nguyen Injury Lawyers shows Mouton’s car crash following the shooting. The white car is seen losing control, nearly hitting a pedestrian, and then striking a telephone pole. Investigators with the Houston Police Department are unable to say yet which car the suspect was in.

ABC13 spoke to family members, pleading with the public for witnesses to come forward to help get their family justice. Houston Police investigators also say they believe there were more witnesses given the time of day and the fact it happened next to the busy freeway.

“He was not just a great man inside the church, but outside the church walls,” Bishop James Dixon, a close friend, said. “He was a family man, a loving husband, and father, and just a great human being, raised by a great father and mother.”

Currently, there is a $5,000 reward for information leading to the arrest of a suspect. Anyone with information in this case, is urged to contact the HPD Homicide Division at 713-308-3600 or speak anonymously to Crime Stoppers at 713-222-TIPS.