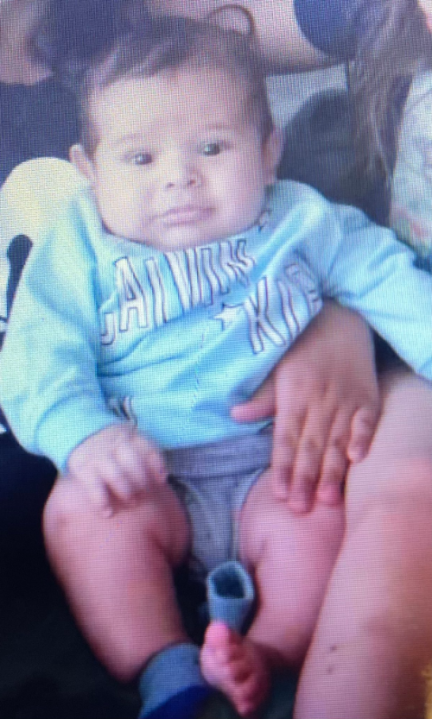 SAN JOSE, Calif. (KRON) — Police in California are searching for a man who kidnapped a 3-month-old baby from a home on Monday afternoon.

The San Jose Police Department said the man entered a residence and left with the infant. The family did not recognize the suspect.

The suspect is a Hispanic male who was wearing black pants, a dark blue shirt, gray shoes with white trim, a gray baseball hat and a black face mask. The baby carrier was black with a white blanket.

The child, Brandon Cuellar, was wearing a white long-sleeve onesie with dinosaurs on it.

Early Tuesday, the California Highway Patrol released a description of a vehicle possibly used by the suspect.

Subsequently, SJPD stated to KRON4, “We cannot confirm any information regarding a CHP tweet about a possible suspect vehicle involved in the child abduction case. That information would not be for public dissemination. We will provide an update with the latest information via Twitter or to your News desks as the investigation progresses.”

The CHP then took down the tweet, which had described the vehicle as a 2011 Silver Nissan Quest.

A police officer confirmed to KRON4 on Tuesday morning that a car was being towed in connection with the case.

The FBI is assisting SJPD to find the missing child, it confirmed to KRON.

Police said the kidnapper arrived with his own carrier, KRON reported. Police do not believe he is homeless, based on his appearance.

Police said a cash reward will be offered for information on the case. Anyone with information is asked to call SJPD detectives at (408) 277-4166. Additional police hotline numbers are listed below: