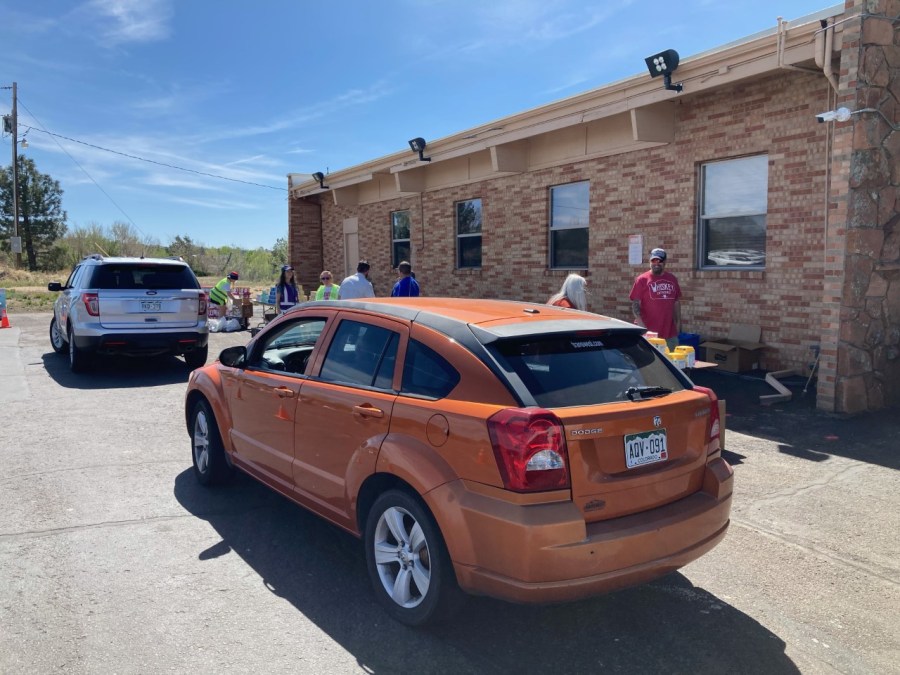 PARKER, Colo. (KDVR) — Volunteers with Grace Baptist Church Food Bank in Parker spent their Saturday handing out diapers, wipes and most importantly baby formula for anyone who swung by.

“These moms are stressing they are wondering what they will do with these bare shelves,” Robert Nelson, a volunteer with the food bank said.

Nelson and his wife Judy started the “Diaper Difference” during the pandemic when financial times were tough.

“I saw moms deciding between food and diapers and I thought I could gather some diapers,” he said.

But during their event Saturday, he said formula was the hot item for families to grab.

“We’d have cars pull up, moms would stop at the beginning of our line here and they would just start crying,” Judy said.

Need formula? Here are some resources to find it

The Nelsons are parents of three girls, now all grown. They said they can’t even imagine what moms of babies and kids are going through right now trying to find formula.

“I sit and think what if this was me? How stressed would I be looking for this formula?” Judy said.

She spent the majority of Friday organizing all the formula and unpacking it from boxes in the parking lot outside the church. She said it was stored there and some of the donations even came from businesses in the Parker area.

“The fact is we felt we have it here we need to get it out,” Judy said.

The volunteers told FOX31 and Channel 2 they handed out thousands of cans.

“There was a family who drove from Bennett who had been looking for a soy formula all day. Luckily, we had soy formula we were able to fill their truck with,” Robert said.

Judy said many of the families expressed that cost wasn’t an issue when they were swinging by. Many of them even donated money she said for future food drives but just felt relieved to find baby food.

“’We would hand to them and ask if they needed diapers as well. They would tell us ‘oh no the problem isn’t we can’t afford it, the problem is we can’t find it,'” Judy said.

The church does have a few cans left. They are hosting a regular food drive this coming Friday.