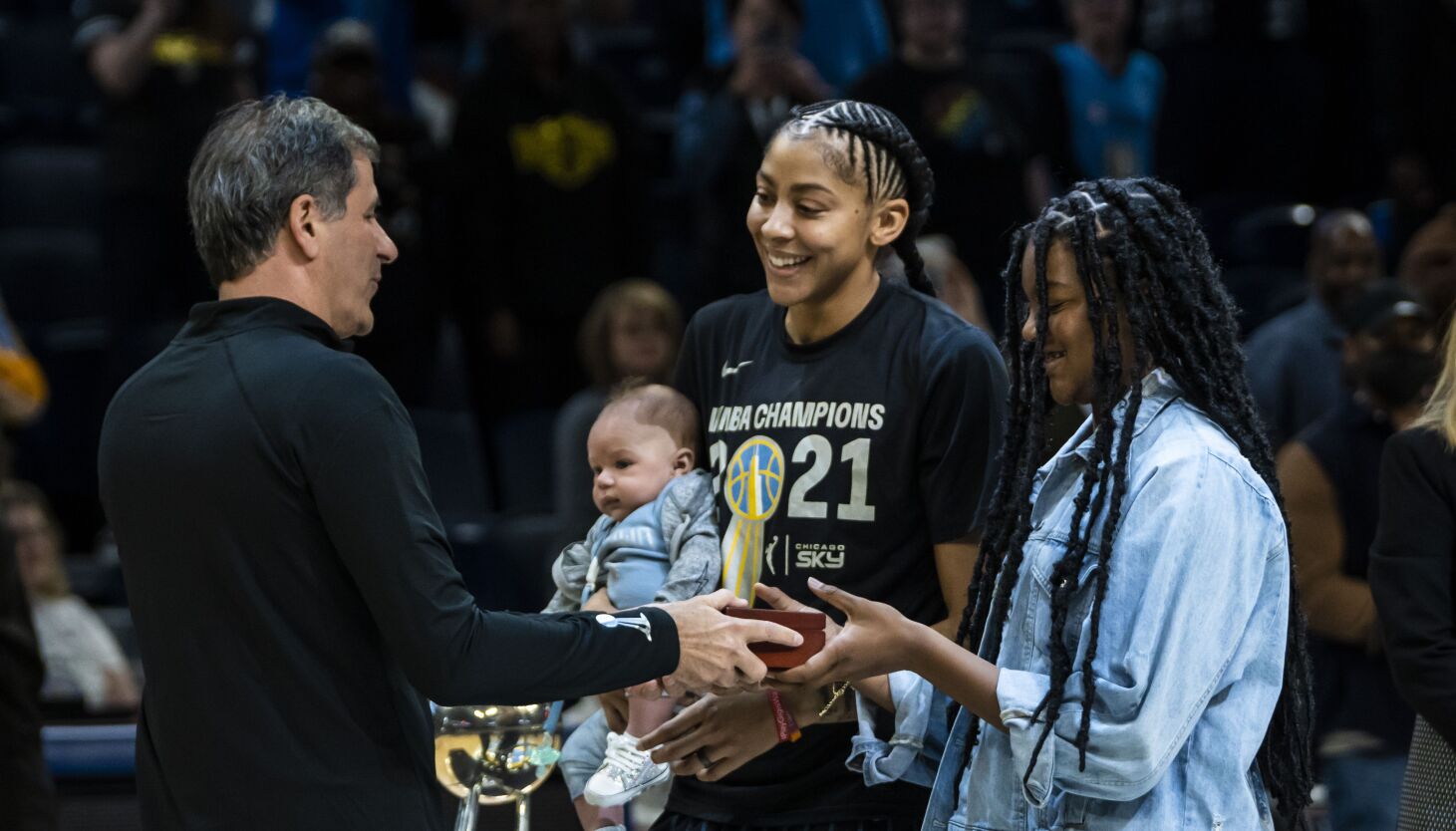 LOS ANGELES — Each member of the Sky has a unique story about what Title IX has meant in their lives and how the law has shaped their opportunities.

Allie Quigley shared conversations with her mother about the stark difference between their experience as a college athletes.

Kahleah Copper, the 2021 WNBA Finals MVP, explained how she grew up playing on boys summer basketball teams because they were more competitive and the opportunities for young women were limited.

When considering the legislation’s 50th anniversary, Candace Parker reflected on an afternoon her daughter, Lailaa, came home from school after a boy told her, “Girls can’t be superheroes.”

The next day, Lailaa wore her mom’s Captain Marvel Adidas shoes to school.

“Lailaa is not going to suffer from the thought that she is not enough,” Parker said. “That is a huge step in my job as a parent, making sure she knows she is powerful. She can do whatever she wants to do, and she deserves to walk into any room that she works hard enough to walk into. I’ll be the first person in line if there’s a rule that boys get something that girls can’t have access to, and she knows that.”

The common thread in the players’ stories is the belief that each generation of women will experience better than the last. That belief comes with an understanding that the generation before experienced worse.

During her recruitment process, she visited Michigan and Michigan State. The emphasis at both schools was on the football program, Edwards recalls.

When she got to Tennessee, the difference was clear. Pat Summitt wasn’t just checking a box in the fight for equity. She was setting the standard.

“During my time, the [Tennessee] men’s basketball program moved to a new facility, and the women’s program moved with them,” Edwards said. “There was no stay and play in the old gym. It was eye-opening for the rest of the country. During that time, in the ’80s, we sold out the arena.”

Title IX is reactive and, in order to be upheld, requires reporting from students, teachers, coaches and other leaders when there are discrepancies. The most recent example of the importance of upholding Title IX is Oregon’s Sedona Prince exposing blatant inequities between the men’s and women’s NCAA March Madness tournaments.

In the first week of June, Quigley, Copper, Dana Evans and Courtney Vandersloot attended the opening of a refurbished softball field at Rosenblum Park in South Shore. When it was their turn to take the microphone and address the young athletes and their families, Quigley emphatically expressed the importance of Title IX.

She told the attendees that the outcome of this law being upheld doesn’t mean every young woman who plays sports will be a professional athlete. She said some of them might become doctors, teachers, coaches, business leaders and police officers.

What’s important is that they have the same opportunity to succeed.

“When we were all younger, and maybe more so for the women who came before us, it was almost like that’s the way it’s supposed to be,” Vandersloot said. “That’s something we have to change. It’s not supposed to be this way. Women need equal opportunities.”