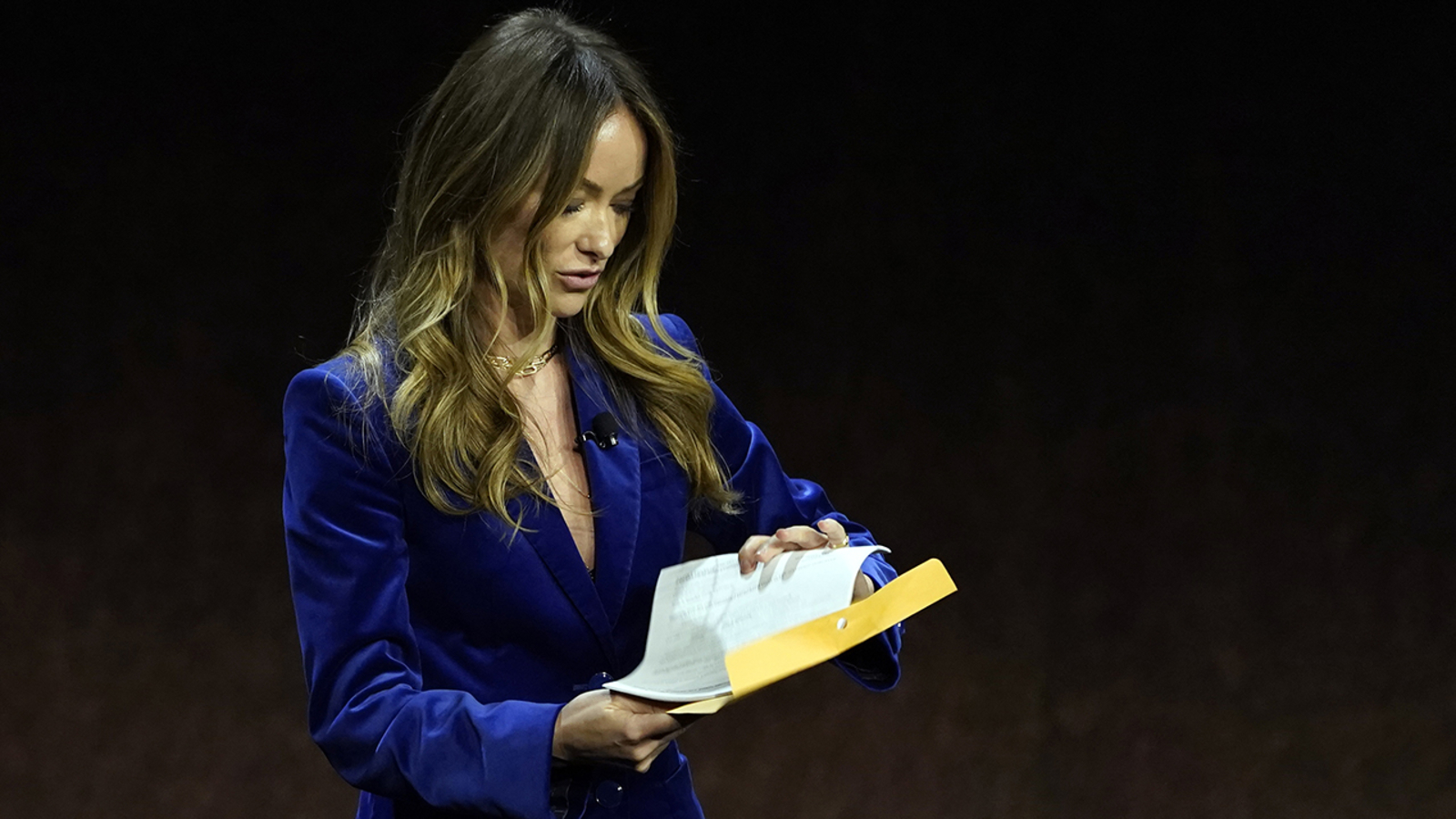 LAS VEGAS — The custody battle between actors Olivia Wilde and Jason Sudeikis splattered into the public sphere Tuesday when Wilde was served with papers while speaking on stage in front of a packed crowd at a film conference.

The actress and “Booksmart” director was handed an envelope while promoting her new film, “Don’t Worry Darling,” at CinemaCon, a convention for film exhibitors held annually in Las Vegas.

Photos from the event reveal Wilde looking surprised as she discovered the envelope’s contents, which were reportedly court papers filed by ex-fiance Sudeikis over custody of their two children.

Wilde ended her seven-year relationship with the “Ted Lasso” star in late 2020 and soon after began dating one of her new film’s co-stars, Harry Styles.

Variety reported that Sudeikis “had no prior knowledge” about where and when those papers would be delivered.

Sources told the magazine he “would never condone her being served in such an inappropriate manner.”

“Usually this is a type of service that could be accomplished attorney-to-attorney or signed for,” Samantha Bley DeJean, a celebrity divorce attorney, told ABC News. “To have such a public display — if it’s a mistake, it’s a big one. And if it’s on purpose, it’s a statement.”

CinemaCon did not respond to ABC News’ request for comment.