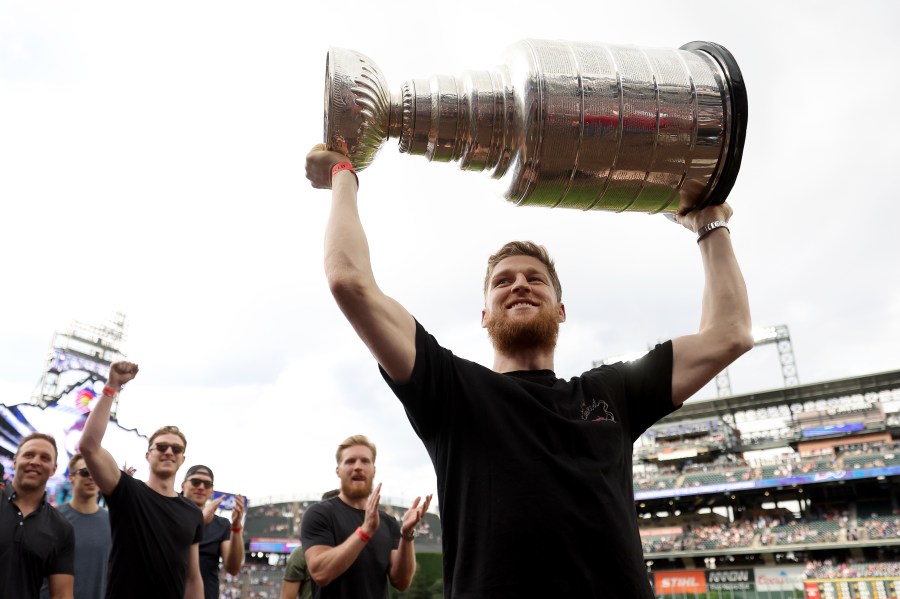 DENVER (KDVR) — Lord Stanley’s Cup has been in Colorado for one week, and the NHL’s highest honor has already made its rounds around the state.

The Colorado Avalanche defeated the Tampa Bay Lightning in Game 6 of the Stanley Cup Final. After the Cup took a little fall to the ice in Florida, it was on its way to Colorado for all of the adoring Avs Faithful to see.

Take a tour of all the places the Stanley Cup has been while in the hands of the Avalanche so far.

The Cup made its first public appearance at the Rockies’ game. The Colorado Rockies honored the winning team at a game on Wednesday night.

The team captain, Gabriel Landeskog, led the players out onto Coors Field. Players then took turns hoisting the Cup for all to see. Landeskog also threw out the ceremonial first pitch to Colorado native Kyle Freeland.

The Stanley Cup made its downtown Denver debut in front of 500,000 fans at their victory parade. Hundreds of thousands packed into downtown Civic Center Park all waiting for the chance to catch a glimpse of their favorite champions and the 35-inch silver trophy.

The Cup made its way from Union Station down 17th Street, when Landeskog emerged from the City and County Building and bestowed the Cup onto the city of Denver.

The champion team gets to keep the Stanley Cup and celebrate for 100 days, and the Avalanche wasted no team bringing the Cup to a few Colorado parties.

A video circulating on social media showed the team partying like champions at Dierks Bentley’s Whiskey Row bar on Market Street. Music was playing and drinks were flowing, and in the middle of all the celebrations, the notorious Cup took yet another tumble.

Kurtis MacDermid fell to the floor while hoisting the cup above his head. Luckily, the cup was protected.

“I’m sure he must have woken up this morning with some bruises. But he saved the cup, and I think looking at it, that’s the respect these guys have for that trophy,” said Keeper of the Stanley Cup, Philip Pritchard.

The Stanley Cup’s latest journey took it all the way up Interstate 70 to Vail. Vail Fire and Emergency Services tweeted that two special guests made an appearance at their local fire station.

Avalanche General Manager Joe Sakic brought the cup to Station 2 in Vail and shared a moment with the fire crews. Members got the opportunity to take photos with Sakic and the Stanley Cup.

The strangest place the Stanley Cup has been while in Colorado is when it was delivered to the wrong house.

A Denver couple got the surprise of a lifetime when the Cup was mistakenly delivered to their doorstep. The Cup was meant to be delivered to Landeskog who happened to be the couple’s neighbor. Landeskog’s residence has a similar-looking address, and when the couple opened their door they were greeted by Lord Stanley’s Cup.

The Stanley Cup has only been in Colorado for one week, and while the team has 100 days to keep the highest honor, the Cup is sure to pop up in some more unique locations.