“I’m gonna take a billion dollars – and aim it in your direction.” Apple has debuted the full official trailer for the movie Sharper, a “neo noir” con comedy set in New York City. Sharper unfolds within the secrets of New York City, from the penthouses of Fifth Avenue all the way out to the many shadowy corners of Queens. Motivations are suspect and expectations are turned upside down when nothing is as it seems. It’s described as a “psychological thriller” but looks much more like an intricate noir crime thriller, taking on the snobby, wealthy world of NYC. The script for this film was on the “Black List” before being produced by Apple and A24. The excellent ensemble cast features Julianne Moore, Sebastian Stan, Justice Smith, Brianna Middleton, Darren Goldstein, & John Lithgow. This is getting both a theatrical release and streaming debut, hence the partnership between these two distributors. Well I’m in!! I’m not even entirely sure what the setup is, but I’m intrigued and curious to see how it all plays out and if they’ll get away with everything. 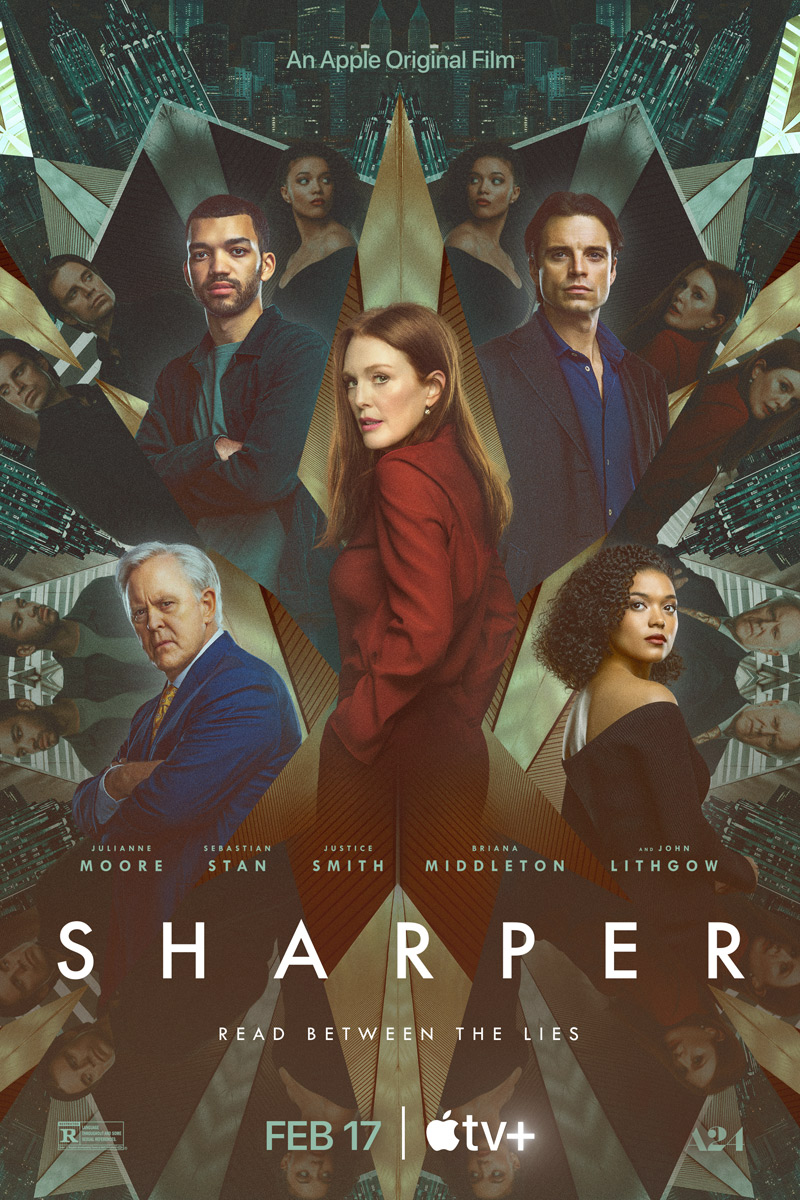 You can rewatch the short teaser trailer for Caron’s Sharper right here, to view the first look again.

No one is who they seem in Sharper, a neo-noir thriller of secrets and lies, set amongst New York City’s bedrooms, barrooms and boardrooms. Many different characters compete for riches and power in a high stakes game of ambition, greed, lust and jealousy that will keep audiences guessing until the final moment. Sharper is directed by British storyteller / filmmaker Benjamin Caron, an experienced theater director + TV director making his feature film debut, after directing episodes of “The Crown”, “Andor”, “Wallander”, “Beaver Falls”, “Sherlock” previously. The screenplay is written by Brian Gatewood and Alessandro Tanaka. It’s produced by Erik Feig, Jessica Switch, Julianne Moore, Bart Freundlich, Brian Gatewood, & Alessandro Tanaka. This hasn’t premiered at any festivals or elsewhere, as far as we know. Apple will release Caron’s Sharper in select US theaters + streaming on Apple TV+ starting February 17th, 2023. Who’s in for this?