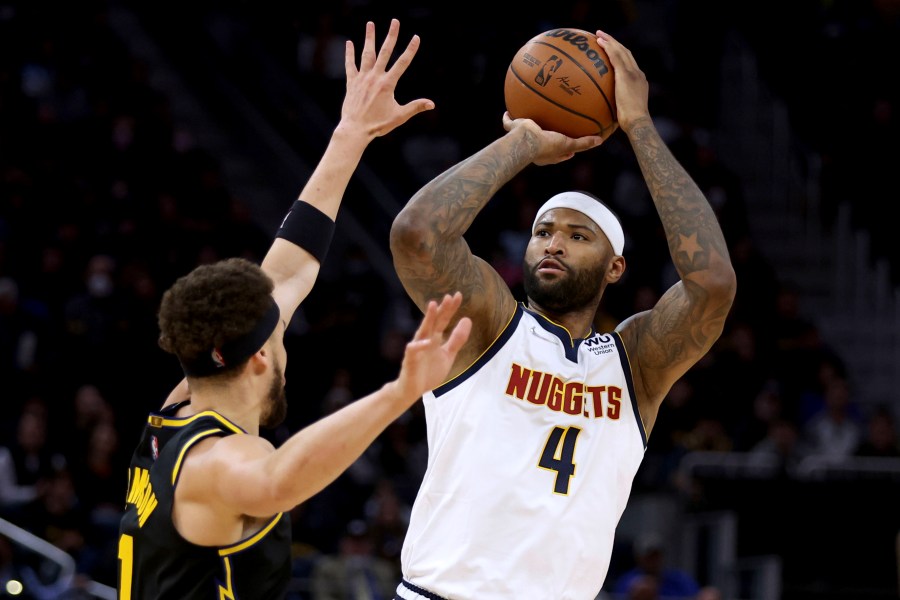 DENVER (KDVR/AP) — The season is over for the Denver Nuggets. After coming into the NBA Playoffs as a 6-seed in the Western Conference, the Nuggets couldn’t make a comeback against the Golden State Warriors after falling behind 3-0 in the series, despite a victory in Game 4.

Stephen Curry scored 30 points in his return to Golden State’s starting lineup. Curry converted a three-point play with 1:33 left and scored again with 29 seconds remaining to send the Warriors on to the second round in the Western Conference.

Nikola Jokic scored 12 of his 30 points in the final 3:46 and finished with 19 rebounds and eight assists.

There are still a few bright spots for the Nuggets. Nikola Jokic had an impressive season and is in the MVP conversation, and after missing the entire campaign, Jamal Murray should be able to return from a knee injury next season.

The Nuggets entered the playoffs with a 48-34 record. Last season, the Nuggets were swept by the Phoenix Suns in the second round of the playoffs.

No team has ever overcome a 3-0 deficit to win an NBA playoff series.

Golden State will move on to the second round against either the Memphis Grizzlies or the Minnesota Timberwolves. The Grizzlies are up 3-2 going into Game 6 on Friday night in Minneapolis. Memphis eliminated Golden State in the play-in round last year.

Green had 11 points and six assists. His three blocked shots moved him past Kevin Garnett for 22nd on the NBA’s career postseason blocks list.

Nuggets: Austin Rivers exited late in the first with tightness in his right hamstring. … Denver shot 3 of 14 from deep in the first half and 6 for 29 overall. … Jokic had 10 rebounds in his initial 11 minutes.