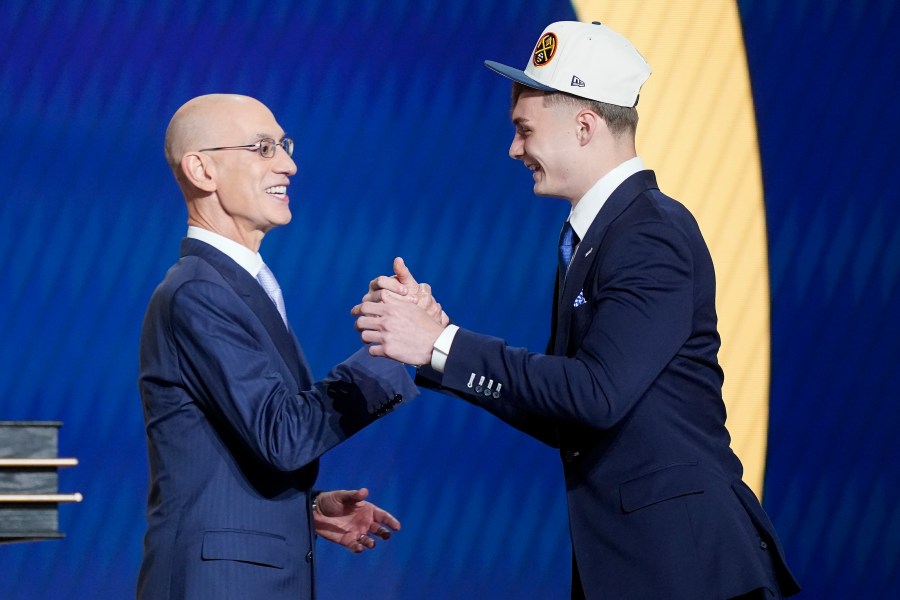 The 6-foot-6 Braun averaged 14.1 points and 6.5 rebounds for the Jayhawks last season. His 12 points and 12 rebounds helped Kansas beat North Carolina in the national championship game on April 4. He played the entire game.

This is the first draft with general manager Calvin Booth as the primary decision maker for the Nuggets. Tim Connelly, who joined the organization in 2013 and served as Denver’s president of basketball operations, was wooed by Minnesota with a lucrative deal to run that franchise.

It’s official: Wear your burgundy and blue on Friday

The Nuggets also acquired the rights from Oklahoma City to the 30th pick — the final pick of the first round — UCLA freshman Peyton Watson.

Connelly left a talented team behind, led by two-time NBA MVP Nikola Jokic. Jokic became the first player picked in the second round to win the award when he took it home last year. His encore season was even more impressive — 27.1 points, 13.8 rebounds and 7.9 assists while carrying a team missing two of its top players.

Jamal Murray missed the entire 2021-22 season as he recovered from ACL surgery and Michael Porter Jr. underwent back surgery and didn’t play after Nov. 6.

Jokic, 27, led the team to the playoffs for the fourth straight years and the Nuggets want to take advantage of the center’s prime years. They started reworking the roster already, beginning with Booth trading forward JaMychal Green and a protected 2027 first-round pick to the Thunder for the 30th pick in this year’s draft and two future second-rounders.