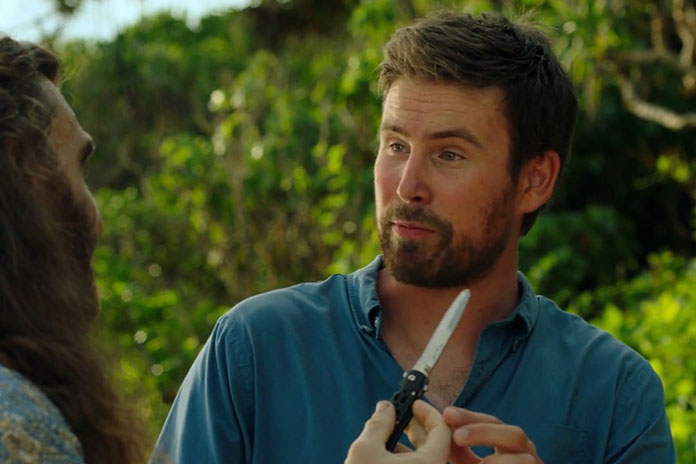 Following an intense bidding war, New Line has won the rights to “Weapons,” a script for the second movie of actor and comedian turned filmmaker Zach Cregger who came out of nowhere with last Fall’s acclaimed horror hit “Barbarian”.

Cregger has reportedly scored an eight-figure deal to write and direct the new film, a number more than double the entire budget of his previous movie and an unprecedented deal in modern times for a filmmaker with just one movie under his belt.

The deal also has several stipulations – a guaranteed greenlight, a guaranteed theatrical release, a “controlling interest in a backend pot,” and Cregger receiving final cut pending a threshold being met during test screenings.

The film is described as an “interrelated, multistory horror epic that tonally is in the vein of Magnolia”. Sources say that if things turn out well with this new film, the goal would be to ultimately have Cregger become a significant horror voice and supplier of films in the genre for Warners/New Line.

New Line’s president and CCO, Richard Brener, says in a statement: “Zach proved with Barbarian that he can create a visceral theatrical experience for audiences and that he commands every tool in the filmmaker toolbelt. We couldn’t be happier that he, Roy [Lee] and Miri [Yoon], and J.D. [Lifshitz]and Rafi [Margules] chose New Line to be the home of his next film, and hope it is the first of many to come.”

On top of writing and directing, Cregger will also produce with Roy Lee, J.D. Lifshitz, Miri Yoon and Raphael Margules. Georgina Campbell, Bill Skarsgard and Justin Long starred in “Barbarian” which opened in September to rave reviews and grossed over $40 million domestically on a budget of $4.5 million.