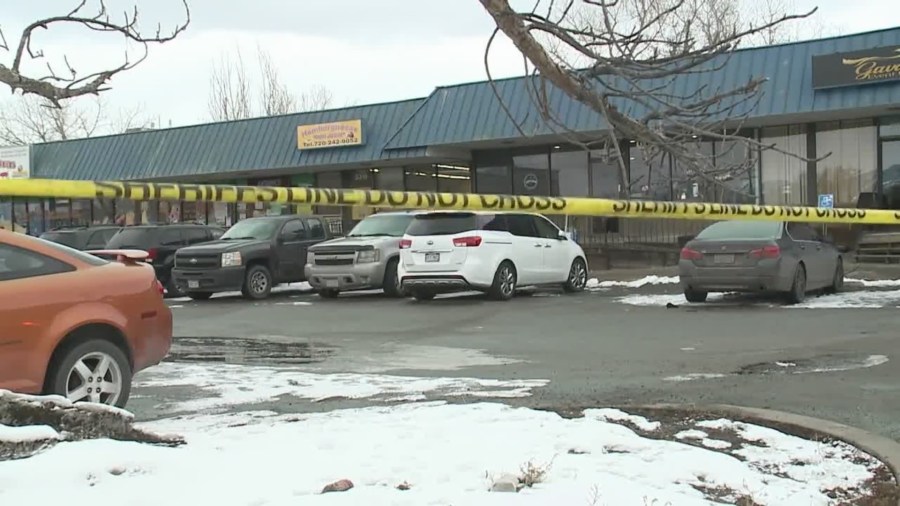 ADAMS COUNTY, Colo. (KDVR) — The search continues for a suspect in a shooting that left a woman injured at a Zumba class.

The shooting happened at the Berkeley Village shopping center near Arvada on Sheridan at Interstate 76. Investigators say the woman who was shot has non-life-threatening injuries.

Several bullet holes could be seen in the windows of where a Zumba class was in session, with other bullet holes at the Hamburguesas Don Jesus restaurant.

A man who was working at the center said he heard several rapid gunshots. Investigators say a stray bullet came from the Sheridan Estates mobile home park across the street.

Jefferson County investigators say a specific car was being targeted but did not give any other details. Another stray bullet went through a car being driven by a woman who was at a stop light.

Man killed after being hit by a bus

“I was listening to a podcast and I heard an explosion. And I was like, what? It never crossed my mind that it was a bullet,” said the woman, who wished to remain anonymous.

Another woman told us it was a person related to her family who was shot.

“We never thought this would happen to someone we know,” Lucy Cuevas said.

Another woman who works in the center said she heard noises but wasn’t sure what the sounds were. Then she realized it was gunshots and locked her door.

The Jefferson County Sheriff’s Office said they are still looking for a suspect and talking to witnesses. They say they do not believe there is a threat to the public.