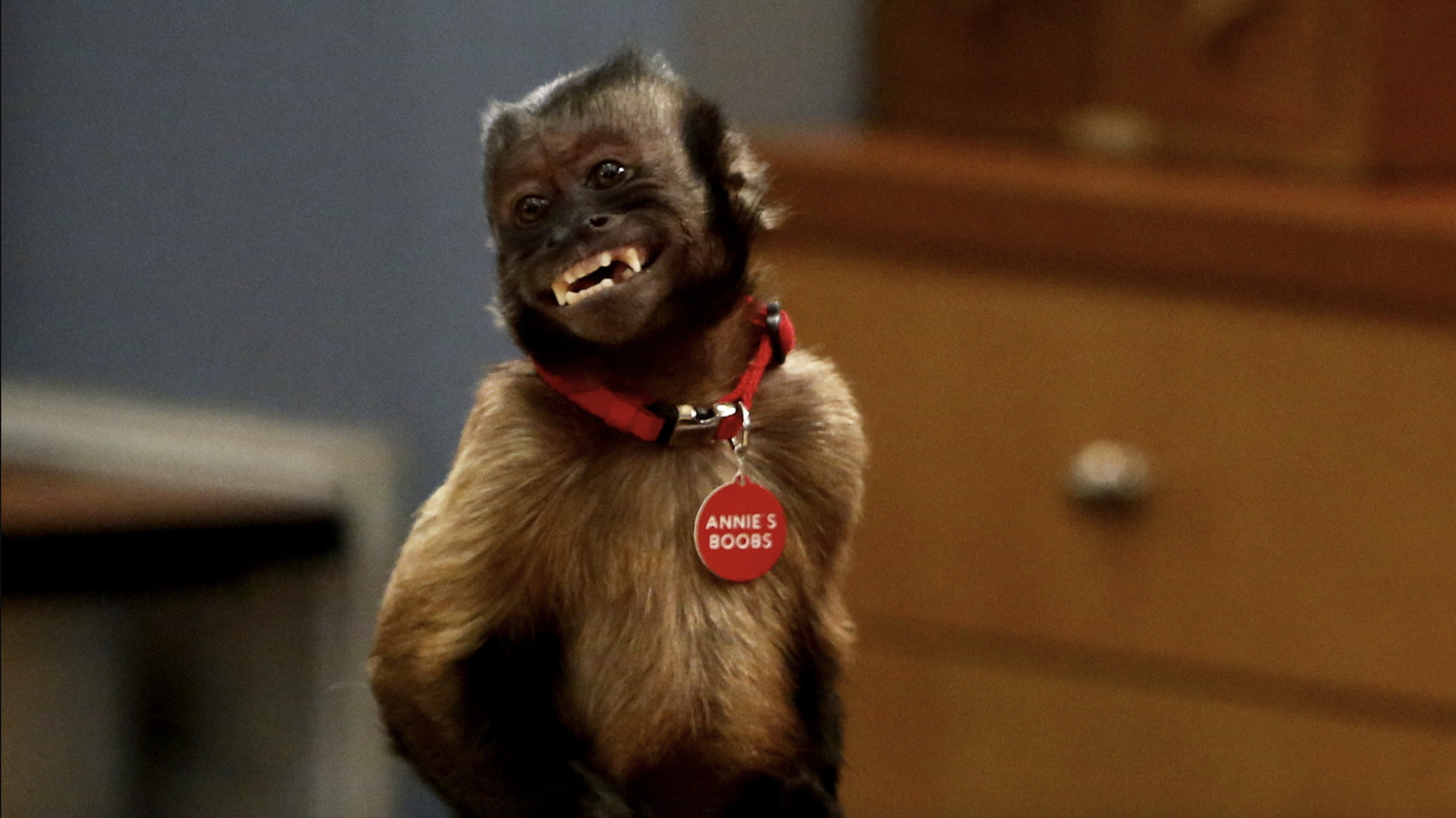 In a panel with Vulture called “In Conversation with the Cast of Community,” the cast members reminisced about the monkey’s introduction in the show. Apparently, the marketing department went to great lengths to put the monkey at the focus of a photoshoot. Someone involved in “Community” seemed convinced that this monkey would be the show’s saving grace:

Gillian Jacobs: “At one point people became convinced that the monkey was going to save our show, and we had to do a syndication photoshoot -–”

Jacobs: “They tried to work the monkey into every shot, and at one point it was all of us pressed up against the study room windows, and the publicist was like, “And remember to look down, because they’re gonna add the monkey swinging on the door handle!” And Joel [McHale] went, ‘No more monkey!’ And since then I have called the show Co-monk-ity. But yeah, that monkey was supposed to save us all.”

While this behind-the-scenes story is funny, it also speaks to the larger issue of network interference in the creative process of a show. The cast members of “Community” are looking back at this moment both in humor and frustration, seeing the absurdity of attempting to use a monkey to drive viewers to the show.