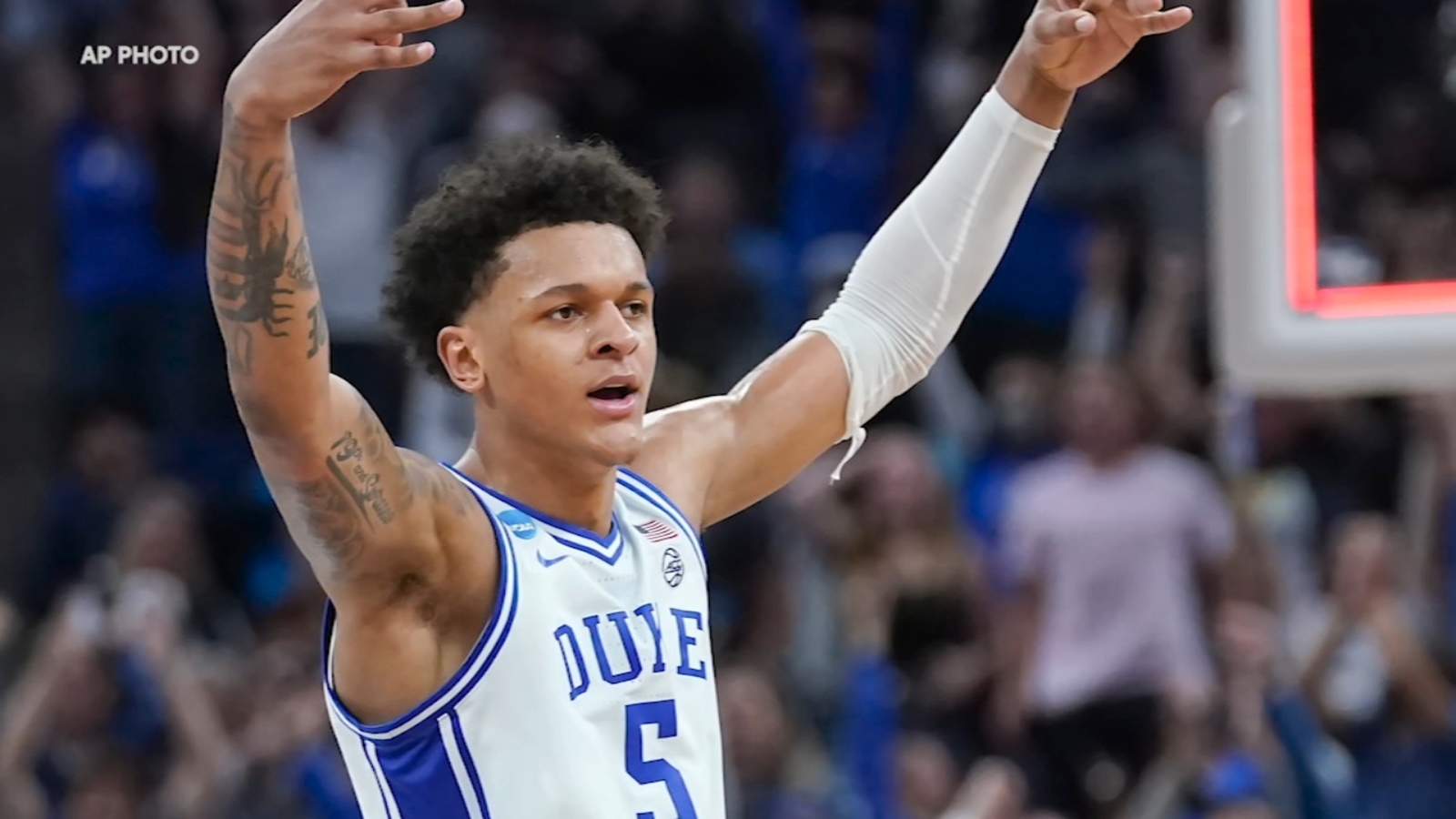 HOUSTON, Texas (KTRK) — The lives of young basketball stars are about to change when the 2022 NBA Draft gets underway Thursday night.

You can watch life-changing moments unfold live at the NBA Draft. The first round airs on ABC13, beginning at 7 p.m. The full draft can also be seen on our sister network ESPN.

The Houston Rockets could figure in greatly with three first-round selections slated, including the No. 3 overall pick.

Draft experts and prognosticators seem to agree on the first three players who will come off the board: Auburn forward Jabari Smith; Gonzaga center/forward Chet Holmgren; and Duke forward Paolo Banchero.

Those same experts also seem to agree that the Rockets and Banchero are destined for each other.

ESPN’s Jonathan Givony’s mock draft on the eve of the event places the 6-foot-10 forward in H-Town. Givony also offers insight into a pre-draft trade that cleared a role for Banchero.

“The Rockets got a close look at Banchero in a private workout at his home base in Memphis before bringing him to Houston for another visit. Hours later, the team elected to trade its starting power forward, Christian Wood, for a late first-round pick, signaling its increasing comfort with Banchero as the pick here,” Givony wrote.

So, why should Houston Rockets fans be hyped for Banchero? Here’s what you should know about him:

Banchero, a 19-year-old who claims Washington state as his home, became the cornerstone of Duke head coach Mike Krzyzewski’s last season before his retirement.

And it showed. Banchero led the Final Four-bound Blue Devils in points and rebounds.

“He’s all in. Paolo is all in,” Krzyzewski said after a career game for Banchero back in February. “Paolo is really coachable.”

Coach K added that Banchero is one of his “good kids.”

Now, we’d be remiss if this was written without acknowledging Banchero’s alleged involvement in a November 2021 DWI charge copped by a teammate who just so happens to be Krzyzewski’s grandson. Banchero was charged with aiding and abetting.

Paolo is the son of Mario and Rhonda Banchero, who met while attending University of Washington.

Mario is a former college football player, and Rhonda was a former professional basketball player, having once been drafted in the WNBA. She was also a coach for a Seattle academy.

This makes him eligible to play for the country’s national basketball team. He has indicated interest in competing with the squad.

Banchero was also selected to the country’s 24-man squad for the EuroBasket 2022 tournament.

He went viral for looking like another sports star

In May, fresh off his Final Four run with Duke, Banchero was spotted at the Miami Grand Prix, a Formula 1 racing event, when a Sky Sports reporter tried to get his attention.

But instead of calling out his actual name, the reporter called out “Patrick,” not realizing that the nearly 7-foot Banchero wasn’t who the interviewer thought he was trying to grab: Kansas City Chiefs QB Patrick Mahomes, who stands at just 6 feet 3 inches.

Of course, all of this was caught on a broadcast and the audience turned the awkward encounter into viral gold.

Banchero seemed to take it in stride, even shaking the interviewer’s hand.

It would be understandable for the reporter to mistake the Mahomes doppelganger for the former NFL MVP. Mahomes was indeed at the event, but just not at that strange moment.

Banchero firm at No. 3, but who else could join him in Houston at the draft

As it stands ahead of the draft, Houston also holds picks No. 17 and No. 26, which were acquired through separate trades with Brooklyn and Dallas, respectively.

If the Rockets hold on to their positions, ESPN’s mock draft has them picking up LSU power forward Tari Eason and MarJon Beauchamp, who is a 21-year-old wing player, whom like Jalen Green, passed on playing collegiate ball to build his skills in the G League Ignite squad.

As team boards finalize today, the 1-2-3 of the NBA Draft is increasingly firm, per sources: Jabari Smith to Orlando, Chet Holmgren to Oklahoma City and Paolo Banchero to Houston.