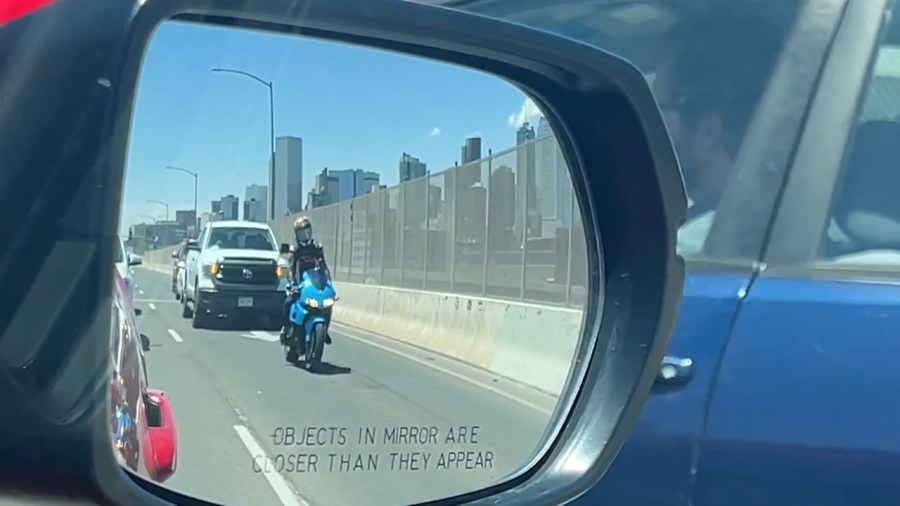 GOLDEN, Colo. (KDVR) — As the weather warms up, more motorcyclists are uncovering their bikes and hitting the road.

According to the Highway Traffic and Safety Administration,  in 2019 there were more than 5,014 motorcyclists killed. This accounts for 14 percent of traffic fatalities nationwide.

Corporal Guy Garner, a motorcycle cop with Golden Police Department, explains how all motorists can be safer on the road.

Food truck rally, StarFest, plus 8 things to do

What drivers should know

Garner said that drivers should take into account that motorcycles are smaller than other vehicles, so a lot of times they’re more hidden in people’s blind spots. Motorcyclists can blend in with the background and it’s harder to judge their speed and distance.

Garner is asking drivers to give motorcyclists extra room on the road and account for reaction time.

“So if you have cars that are moving 50 mph, you’re traveling 73 ft. per second and if it takes an average person 1.5 seconds to actually see it, start to do some input and actually come to a stop, you’re looking at 150 feet before you come to a stop,” said Garner.

“You figure motorcycles don’t have airbags, they don’t have a passenger department — they are what we would consider vulnerable road vehicles.”

Garner also said putting down the distractions can help keep everyone safe.

Fallen detective’s children get replica of his badge

What Motorcyclists should know

Garner reminds motorcyclists that here in Colorado you have to stay behind the traffic, meaning “white lining” is illegal – that’s what some people call riding down the lane lines to pass other traffic.  Although a helmet is not required in Colorado Garner recommends every rider wear one.

He adds that knowing how the bike will perform on different surfaces could also prevent an accident.

“[Many factors for accidents for] motorcycle riders are sometimes the oversights on surface appraisal, whether it be sand, debris or any type of thing on the surface on the road surface, whether it’s still kind of cold outside extraction from your wheels from the motorcycle,” Garner said.

Additionally, specifically here in Golden, he says that the GPD is writing tickets for illegal exhaust systems that are extra loud because they don’t meet EPA requirements.