The mother of a teenager who was stabbed in London has vowed to return to Romania because London is “not a place to bring up children”.

Ionut Elvis Tacu, 16, was stabbed on December 30 in a park in Yiewsley near Uxbridge, north west London, and a 16-year-old boy has appeared in court charged with his murder.

Known as Elvis to friends, he was the 30th teenager to be knifed to death in the capital in 2021, the highest figure on record for teen homicides.

The record-breaking death figures prompted further criticism for the Sadiq Khan, the Mayor of London, for his failure to tackle the growing problem of teen violence and homicides over the past few years.

“I brought him here when he was seven years old to give him a better future, now he will go back to Romania in a coffin,” his devastated mother, 38-year-old hairdresser Mihaela, said.

Elvis lived in his family home in West Drayton, north west London, with his parents and younger brother.

Mihaela says she is now planning on taking her remaining son, aged three, back to Romania because London is too dangerous.

‘I want to run away from this country’

“I feel like I want to run away from this country and go back to Romania with my child I still have left,” she said. “We wanted to move out of London before he died because it is not safe. It is not a place to bring up children.

“I will not come back here and will encourage people with children to have second thoughts about moving here.”

Describing her son as a “lovely boy” who “was not aggressive at all”, Mihaela said Elvis  loved music, watching movies and playing with his brother. 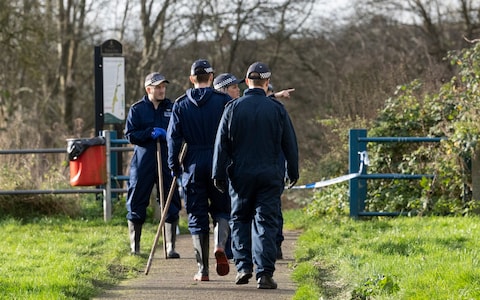 “He had never come home beaten up and nothing like this had ever happened to him, then suddenly he got killed,” she said.

“If he had been an aggressive child, or in a gang or something, maybe we would not be so devastated.”

She continued: “Of course his brother doesn’t understand why he is not with us, which is heartbreaking. He has kept on asking us when Elvis is going to be back home.

“I never thought anything like this would ever happen to us. We have jobs and our own house. We are not from a rough family at all. It is very hard to understand why this happened.

A school friend at Park Academy West London said: “Elvis wouldn’t hurt a fly, he was so lovely. He wasn’t the sort of boy who ever looked for trouble, he was always laughing or trying to make other people laugh.”

A GoFundMe page, set up by a family friend, has raised nearly £10,000 to take Elvis’ body back to Romania.

Claudia Martonfi, who set up the fundraising page, wrote: “The family are devastated and no words are enough to comfort them, when most of us were getting ready to celebrate a New Year their world came apart with the death of their son.

“The family wishes for Elvis’ body to be repatriated and buried in his home country of Romania.

“The little one is missing Elvis a lot and always asking about him. How on Earth can you explain to a toddler that his big brother was killed and that he will never see him again?’’