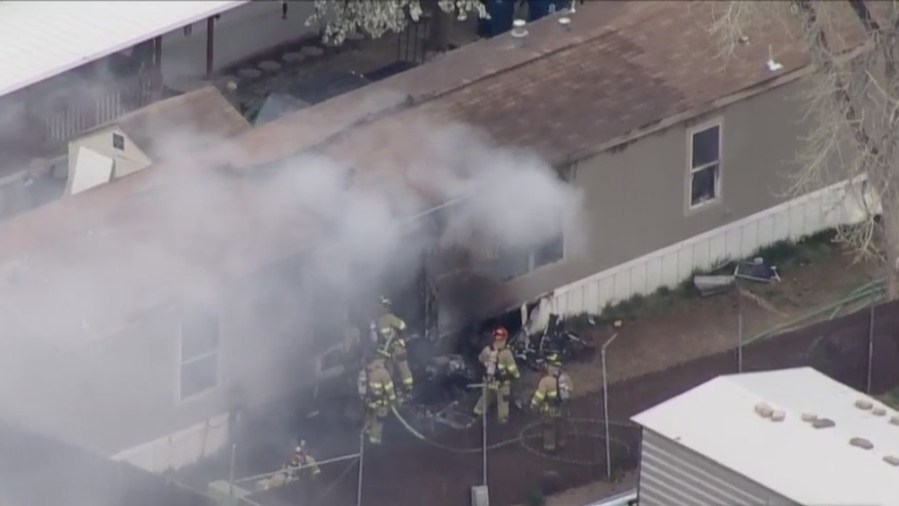 WESTMINSTER, Colo. (KDVR) — A mobile home was destroyed by fire on Thursday afternoon in Westminster, forcing evacuations in the area as firefighters got the flames under control.

It happened in a mobile home park in the 800 block of 132nd Avenue.

Firefighters arrived to find fire on a porch area and extending inside of the structure, according to the Westminster Fire Department.

SkyFOX was over the scene at 4 p.m. Firefighters were hosing the home as white smoke billowed. An aerial view showed a section of the home had been burned through and its interior charred.

Crews were “fighting the fire from the exterior due to a number of holes found in the floor of the interior,” according to Westminster Fire. It had been declared under control just after 4 p.m.

All occupants were accounted for, according to the fire department.